In the past month or so, Atlanta rapper Gucci Mane has gone on to express his distaste for a number of artists whether it be through a radio interview, a diss record, or with the occasional post on Twitter. One of Gucci Mane’s most recent interviews found the rapper calling out the likes of French Montana, Nicki Minaj, and even former collaborator Yo Gotti.

While both French and Nicki Minaj have yet to respond to Gucci’s comments, Yo Gotti spoke with K97’s Devin Steel about remarks the Brick Squad rapper made in regards to the rapper’s CM7: The World Is Yours mixtape dropping the same day as Trap God.

Yo Gotti revealed that he attempted to reach out to Gucci about both their projects being released the same day, but his calls went unanswered.

“He never reached out to me. I still ain’t thinking nothing about it because he supposed to be my homeboy,” Yo Gotti explained. “You get what I’m saying? And then last minute we in the lab, we heard about the Tweet. When we heard about the Tweet I immediately hit his phone like, ‘What’s up homie? You good?’ And we chopped it up. And long story short, from that point I realized that homie had an issue for whatever reason it was.”

When asked if he would fire back at Gucci Mane with a diss record of his own, Yo Gotti didn’t offer up a yes or no answer, but instead expressed his disappointment with the Trap God rapper.

“I’m more disappointed than anything,” said Gotti. “You mentioned a diss record, I heard about the record last night. I ain’t heard it yet, but I heard about the record last night…Nobody understand why he doing it. To me, at the end of the day I’m more disappointed in him than anything because I looked at him different. What I perceived of him is not what he playing now…I thought you was a straight up, standup guy. Street type dude and street dudes don’t handle business like that.” 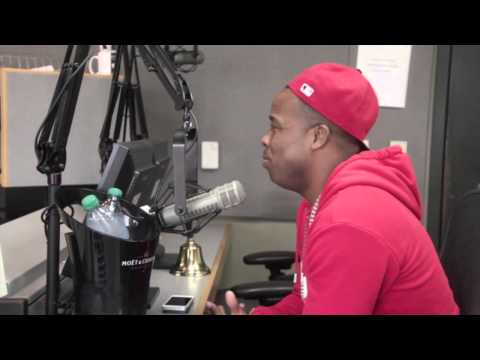 RELATED: Yo Gotti Speaks On His Relationship With Drake, Explains How His Difficult Past Has Helped Lead Him To A Successful Rap Career