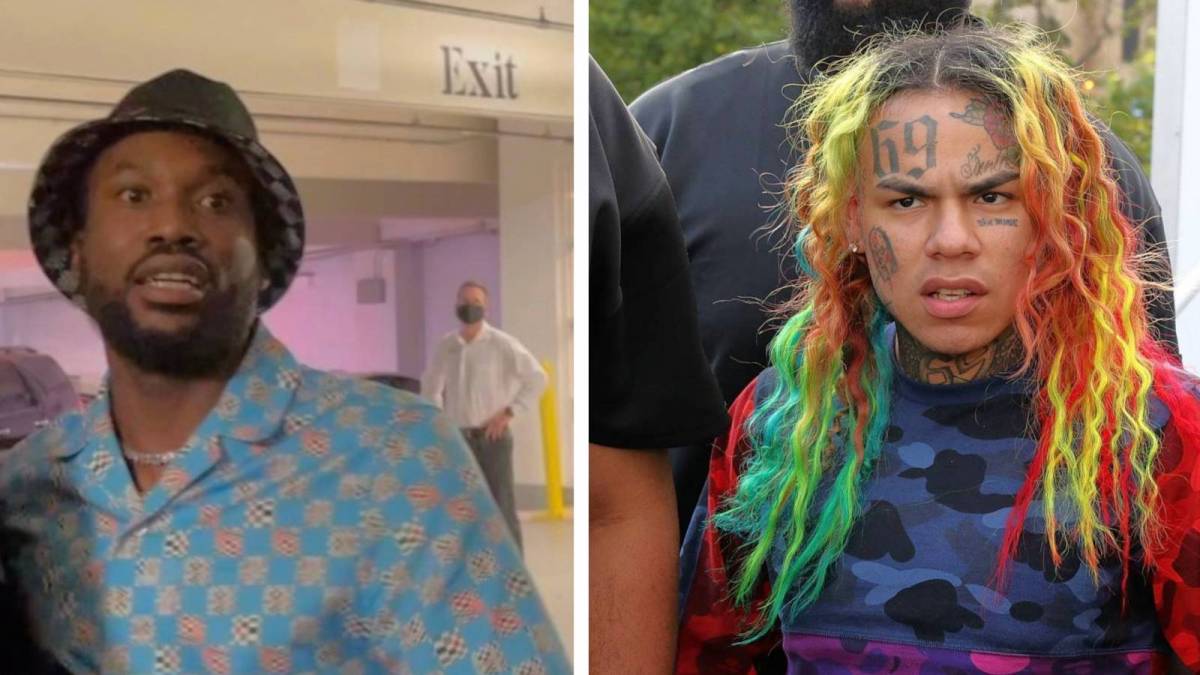 6ix9ine’s reputation as a notorious internet troll has been well documented over the past couple of years, so it’s no surprise Meek Mill is accusing the controversial rapper of using similar tactics in real life.

In the wee hours of Sunday morning (February 14), 6ix9ine allegedly approached the Dream Chasers founder outside of an Atlanta club in what Meek says was an attempt to “go viral.”  The Philly rapper shared a video clip of the incident to his Instagram Stories, which shows 6ix9ine screaming at Meek about police as several large security guards attempt to keep them separated.

“Why 69 just run up on me wit a bunch of cops so I spit on him,” he wrote. “I thought I was dreaming…he waited outside for me with the feds wtf.” He added, “They did all this to go viral. Leave me alone rat.”

Meek hopped on Twitter not long after the altercation took place and shared a few additional details, writing, “69 waited out side the club for me. they tryna get ussssss wtf.”

He followed up in a separate tweet with, “We did not run into each other. I was getting in my car he just popped out….we almost was smoking on that 69 pack for the love of a viral moment. He tryna to get something locked up no cap.”

We did not run into eachother I was getting in my car he just popped out ….we almost was smoking on that 69 pack for the love of a viral moment ….. he tryna get something locked up no cap lol

6ix9ine is currently on federal probation and, according to attorney Dawn Florio, shouldn’t be engaging in beef with other rappers — but he has new music to promote. Earlier this month, the 24-year-old rap personality shared a snippet of his forthcoming song, which racked up nearly four million Instagram views in an hour.

“Are you dumb?/You ain’t spin the block, you a damn lock,” he spits in the track. “Suck a dick/You ain’t kill shit, you got ya n-gga shot/You ain’t feelin’ shit ’cause we was killin’ shit.”

He asked in the caption, “ARE YOU READY????? 100,000 comments if you want this right now. I TOOK ENOUGH TIME OFF TO SHOW YOU THIS INTERNET SHIT IS BORING WITHOUT ME. SUCK MY DICK.”

Last week, 6ix9ine posted another video to Instagram, previewing a second unreleased track. In the clip, he referenced his days of shooting and robbing rappers while running with the Nine Trey Gangsta Bloods.

“I shot you, I robbed you/And y’all ain’t do nothing back,” he raps. “I shot at all you rappers real life, no cap/The feds charged me for that, whole fucking case/So eat a dick lil’ n-gga, don’t watch my face.”

In a statement last April, Florio promised her client wouldn’t make trolling or igniting beef with other rappers a habit since the federal government is monitoring him as part of his supervised probation. Florio also said he wouldn’t be promoting any gang affiliations online either. But apparently, that’s not stopping him from his usual antics.

Meek, who’s been an outspoken critic of 6ix9ine in the past, later tweeted, “Why he pick meeeee wtf lol. Then he said a Pooh shiesty bar to me wtf.”

Why did he pick meeeee wtf lol