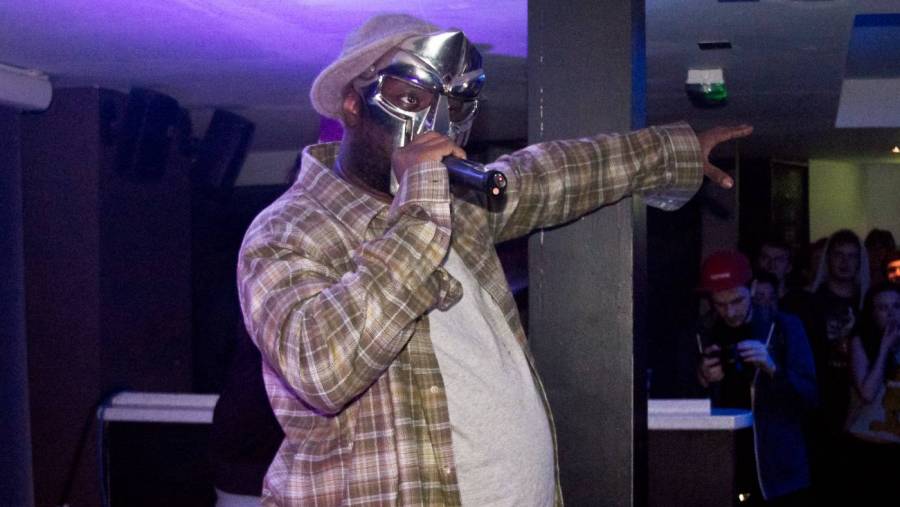 The Hip Hop community was shocked on December 31 after it was revealed MF DOOM had passed away at the age of 49.

Tributes have been pouring in from fans and friends since his death, including Stones Throw Records founder Peanut Butter Wolf, who released DOOM and Madlib’s classic Madvillainy on the label in 2004. During a recent episode of Cipha Sounds and Peter Rosenberg’s Juan Ep Is Dead podcast, the label head discussed the long awaited Madvillainy sequel and broke down the situation with the album over the years.

“Madvillain 2, DOOM was always telling me, ‘Oh, I’m 85 percent done’ — that was always the magic number, and I was like, ‘This is cool,'” he said. “He basically sent us 11 tracks in 2009 and I was ready to try to just finish it up at that point, and it was always like, just wait for a few more songs, wait for a few more songs, then tracks would start being on other albums. I got a little frustrated, and I was just like, ‘Well, it’s gonna happen when it happens. I don’t wanna be the guy to force creativity or any of that.’

“Over the past few days, I was just thinking of the [A] Tribe Called Quest documentary, where I think it was Chris Lighty was like, ‘Give me the fucking album,’ you know, ’cause otherwise it never would have happened, and that was kinda what happened with us.”

PBW continued, “So you know, I don’t know what we’re gonna do with those tracks. We were talking to DOOM’s manager Saadiq and Saadiq was basically all with the idea, but we haven’t worked everything out or whatever. I always have weird feelings about doing things after someone passed away.”

Peanut Butter Wolf reflected on the making of Madvillainy and how excited the Stones Throw team was about putting the music out.

“Jaylib and Madvillain were being worked on at the same time … those albums pretty much got turned it at the same time. We were like, ‘Wow, we’ve gotta figure out who to put out and how to work this out,'” he began. “I just remember the energy just like every time DOOM finished rapping over a song I would show it to everyone in our circle and people were freaking out and I just knew we had something really special.”

He went on, “I mean, I know it’s special to us but you never know what the fans are gonna think. Putting that album out, it exceeded everyone’s expectations. And it actually leaked before we put it out — a version of it leaked where DOOM was rapping with kind of a hype voice, and he was like, ‘I wanna go back and do it all with a mellow voice.'”

He also talked about his personal relationship with MF DOOM before and after the release of the album.

“I was always in contact with DOOM,” he said. “The relationship with the guy was like, he was just really a nice guy. I don’t know, I mean he was super cool. Living with him was like, he was also very kinda quiet, so people hung on every word, and Madlib’s similar, so having them live in the same house was the only way that album got finished.”

Listen to the full Juan Ep Is Dead episode above.