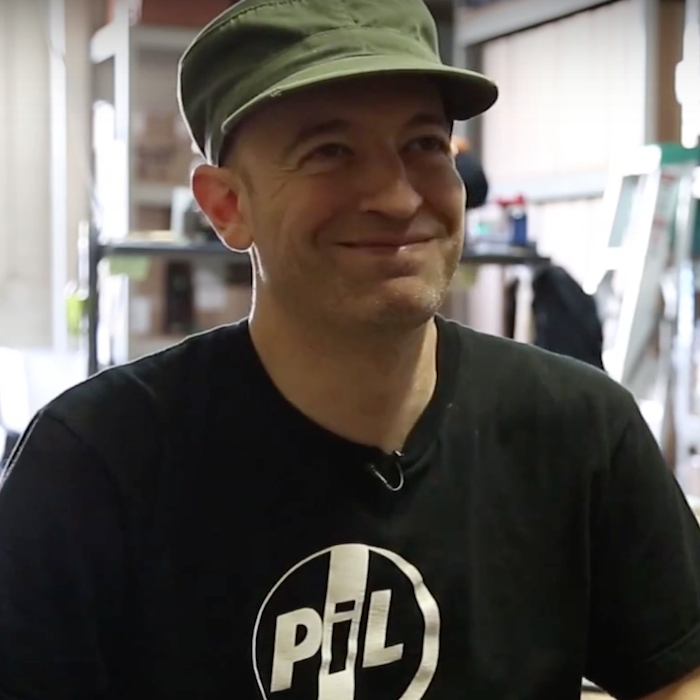 Speaking with HipHopDX about Stones Throw’s documentary, Our Vinyl Weighs A Ton: This Is Stones Throw Records, Wolf described the creation of Doom and Madlib’s classic collaboration, Madvillainy.

“For me, when I met Madlib it was like am I going to keep concentrating on my own music or am I going to concentrate on this person who I believe makes better music than I do?” he tells HipHopDX exclusively. “I always liked what I did. I feel I was better than other people, but also felt that Madlib was better than me. With Madvillainy, it was pretty easy. He’d turn in songs two at a time, sometimes three at a time and I’d be really excited with everything—the first time hearing ‘Curls’ or ‘Great Day Today.’ Back then we were still passing CDs back-and-forth, it wasn’t really junk drives yet, but it wasn’t tapes either. It was somewhere in between. It was more about trying to get the songs from him than worrying about them being good or bad. I’m always really honest with the artists. For better or for worse, I do tell people if I don’t like a song.”

Peanut Butter Wolf also describes Madlib as “camera shy” which is why there are few video interviews of him on Youtube.

“[Rob Broadway and Jeff Gordon Braiver] did the Stones Throw documentary. Madlib would always say, ‘Yeah, I’m down, but he’d never coordinate a time and a place where we can do it. When he actually did it in the end, I was really surprised.

“Rob and Jeff got a lot of larger artists involved than I ever would’ve guessed,” Wolf continues. “Kanye West, he said very gracious things about Madlib and Dilla. They asked him what he thought of me and he said, ‘Who’s that?’ He’s kind of in a different scene than I am. He’s on a different level.”

Interestingly, during the interview for Our Vinyl Weighs A Ton, West gives a subtle preview of “No More Parties In LA” which was produced Madlib and was released this week.

“I just paint the scene of how I felt sitting there with Madlib working on these tracks and just hearing the textures,” says West (at the 21:45 mark). “Over at the crib you left your Ray-Bans/My sheets still orange from your spray tan/No more parties in LA/No more parties in LA.”

Our Viny Weighs A Ton: This Is Stones Throws Records is currently available.

OVWAT – The B Side – “Extra Special Loving For The People” from Gatling Pictures on Vimeo.