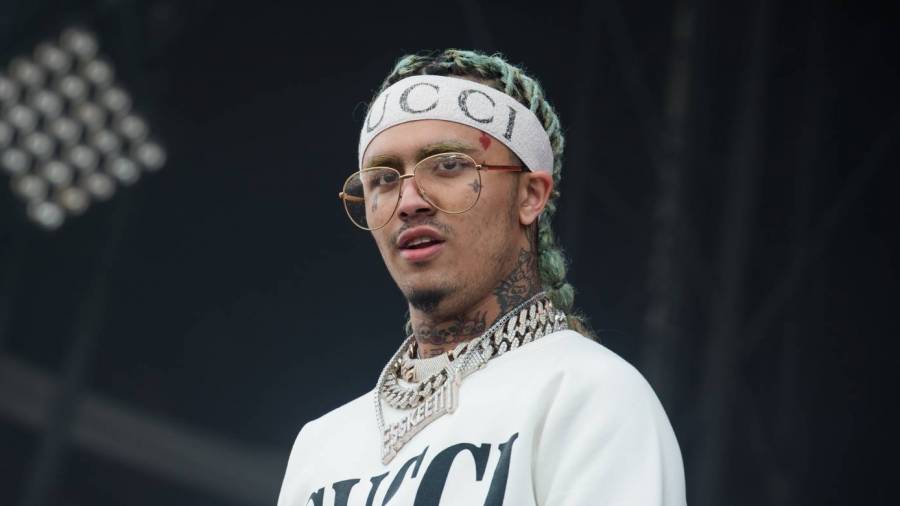 Lil Pump is following in the footsteps of Ice Cube, 50 Cent and Waka Flocka Flame with support for Donald Trump. On Monday (October 26), the Miami rapper took to his Instagram Stories to endorse Trump in the upcoming U.S. presidential election due to Joe Biden’s proposed tax plan.

The tax situation Pump is referring to is the Democratic plan to increase taxes on those most wealthy. According to CNN, the proposal would raise the top federal tax rate from 37 to 39.6 percent and increase the corporate tax rate from 21 to 28 percent. The plan would only raise taxes on Americans earning over $400,000 a year, which is less than 10 percent of overall taxpayers.

Pump didn’t stop there. Shortly after posting the clip, he furthered his Republican support by posting an edited photo of himself shaking hands with Trump.

The endorsement is a complete U-turn from Pump’s thoughts four years ago, having previously been against Trump after he won the 2016 presidential election.

“FUCK DONALD TRUMP,” he wrote in November that year.

On October 19, 50 Cent also endorsed Trump over tax reasons related to Biden, revealing he was more concerned about his money than the President disliking Black people.

“WHAT THE FUCK! (VOTE ForTRUMP) IM OUT,” he said. “FUCK NEW YORK The KNICKS never win anyway. I don’t care Trump doesn’t like black people 62% are you out of ya fucking mind.”

Despite those comments, 50 later said, “Fuck Donald Trump, I never liked him,” after his ex-girlfriend Chelsea Handler made him an offer to take back his endorsement.

“I had to remind him that he’s a Black person so he can’t vote for Donald Trump and he shouldn’t be influencing an entire swath of people who may listen to him because he’s worried about his own personal pocketbook,” she said. “I haven’t heard from him yet, but I’m ready to seal the deal in more ways than one if he changes his mind and publicly denounces Donald Trump. I might be willing to go for another spin if you know what I’m talkin’ about.”

?a what, ?another spin ?Fuck Donald Trump, i never liked him. ?for all i know he had me set up and had my friend Angel Fernandez killed but that’s history.LOL @chelseahandler @jimmyfallon