50 Cent apparently isn’t a fan of Joe Biden’s proposed tax plan. After seeing a news report on the top tax rates by state, the New York City-based television mogul took a screen grab and headed to Instagram to urge his 26.2 million followers to vote for Donald Trump.

“WHAT THE FUCK! (VOTE ForTRUMP) IM OUT,” he wrote in the caption. “FUCK NEW YORK The KNICKS never win anyway. I don’t care Trump doesn’t like black people 62% are you out of ya fucking mind.”

?WHAT THE FUCK! (VOTE ForTRUMP) IM OUT, ?‍♂️?FUCK NEW YORK The KNICKS never win anyway. ??‍♂️I don’t care Trump doesn’t like black people 62% are you out of ya fucking mind. ?

50, who amassed an estimated $30 million fortune during the course of his career, clearly doesn’t want Uncle Sam taking such a massive cut from his income. Under Biden’s plan, New Jersey and California residents who make more than $400,000 per year could also face a more than 60 percent tax rate, while the rates in New York state could reach 58 percent.

After gaining the approval of Pierson and conservative Fox Nation host Tomi Lahren for his Trump cosign, the Get Rich Or Die Tryin’ vet followed up with another Instagram post that read, “I just remembered i’m bankrupt, so i’m looking for a gracious loan can anyone help a brother out. LOL.”

I just remembered i’m bankrupt, so i’m looking for a gracious loan can anyone help a brother out. LOL #bransoncognac #lecheminduroi

50’s posts are often filled with sarcasm, so it’s unclear if the Power co-creator will actually cast his vote for Trump in the November 3 election. However, he’s one of the latest rappers to catch heat for seemingly helping siphon votes from Biden, making Trump’s re-election much more plausible.

On the Fourth of July, Kanye West announced he was running in the 2020 presidential election and was immediately accused of trying to help Trump secure the win. The American Independent Party then admitted they chose Ye to run as vice-president in California with Rocky De La Fuente to steal votes from Biden. 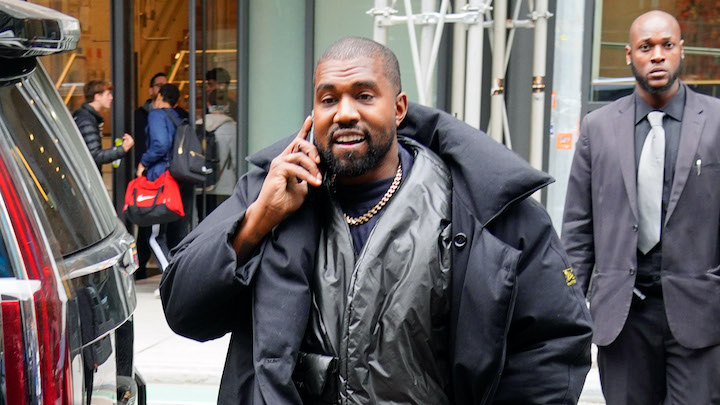 More recently, Ice Cube infuriated a large majority of his fanbase when Trump’s senior campaign advisor Katrina Pierson thanked him on Twitter for helping the campaign.

Cube chopped it up with CNN’s Chris Cuomo on Friday night (October 16) and defended his involvement with Trump’s campaign, explaining he didn’t “run” to either party. He simply wanted to work with whoever is in power to push his Contract With Black America (CWBA) forward. But, as seen on Twitter, the damage has been done and the N.W.A pioneer’s reputation has taken a hit.