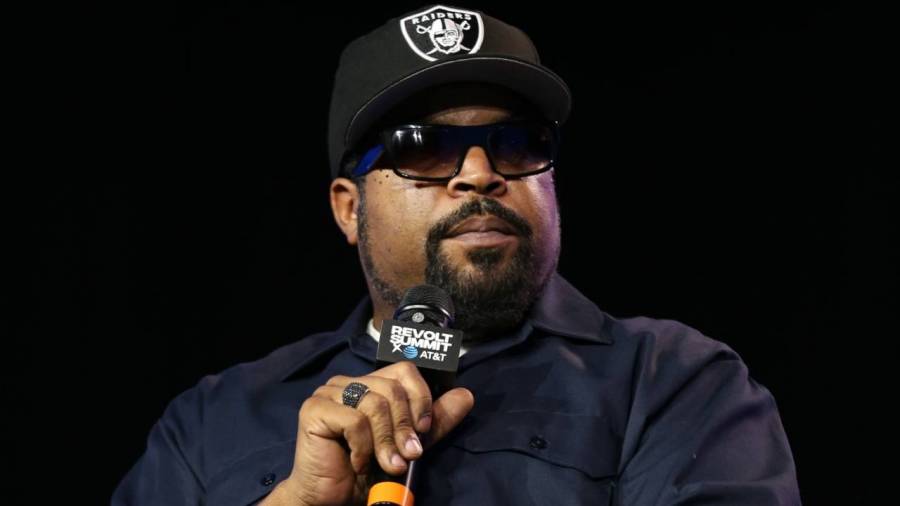 Ice Cube has built a career on being as anti-establishment as it gets.

From his pioneering work with N.W.A and his seething “No Vaseline” diss track (where he proclaims “I never have dinner with the president”) to his more recent “Arrest The President” single, there hasn’t appeared to be a Republican-leaning bone in his body.

“Shoutout to @icecube for his willingness to step up and work with @realDonaldTrump Administration to help develop the #PlatinumPlan,” she wrote. “Leaders gonna lead, haters gonna hate. Thank you for leading!”

Cube soon headed to Twitter to do some damage control, writing, “Facts: I put out the CWBA [Contract With Black America]. Both parties contacted me. Dems said we’ll address the CWBA after the election. Trump campaign made some adjustments to their plan after talking to us about the CWBA.”

Facts: I put out the CWBA. Both parties contacted me. Dems said we’ll address the CWBA after the election. Trump campaign made some adjustments to their plan after talking to us about the CWBA.

Despite Cube’s attempt at an explanation, it was too late — the damage was done. Twitter erupted with reactions to Cube’s perceived hypocrisy, especially since he just posted a video stating no president in the entire history of this country has ever done right by Black people.

Several people started recirculating an old tweet of Cube’s from 2016 in which he emphatically states, “I will never endorse a mothafucka like Donald Trump! EVER!!!” Again, 2020.

I'm confused. Ice Cube, the man who dropped "Arrest the President" is now supporting tRump's bogus "Platinum Plan?" The faux plan that panders for the Black vote out of desperation? Please @icecube, say something. If this is true, help us understand why.😕 https://t.co/TOmNjtSrkA

Ice Cube after months of tweeting conspiracies on Twitter pic.twitter.com/4pULnqTIcF

2016: "Do I think he’s gonna do anything to help poor people or people that’s struggling? No"

2018: "He’s violating the country in a lot of ways. Every day it’s something. It’s just every day.

2020: “I can’t wait to see [Trump] like Weinstein in handcuffs." pic.twitter.com/cwFPr6KSDU

“Mr. Ice Cube, your deposit has been confirmed. You may now access the funds.” pic.twitter.com/U7daMbQnAa

Ice Cube in 2020: *Fuckin with the police* pic.twitter.com/yWNcY7cGco

Ice Cube went from Fuck the Police to #BlueLivesMatter

Me trying to figure out how Ice Cube is supporting Trump after writing “Arrest the President” which was about Trump pic.twitter.com/yQffYzljT8

I saw someone say, ICE cube.

and I saw someone else say,
proud-boyz-n-the-hood.

since ice cube is trending for doing some dumb shit, here's malcolm x reminding you to ignore these clown ass celebrities spouting nonsense that placates the powerfulpic.twitter.com/Kqi79uYvu1

So Ice Cube. “fuck the police” Ice Cube is a …. trump supporter. 2020 must already be hell. pic.twitter.com/o1mNJDR3tv

How it started. How it's going.

Ice Cube, even capitalized EVER! pic.twitter.com/fTaxkSrv4p

Someone said Ice Cube is about to drop a track called “hug the police.”

Anything Trump does when it comes to black folks is performative. And it you participate you a pawn. Ice Cube got conned just like every single person that supports that lying idiot.

What's fucked up about this Ice Cube situation, he didn't have the courage to say he was working with Trump, he used BLACKNESS as his platform to speak on Trump behalf. He's a coward, we had to learn about his partnership with Trump from a white woman 20 days before an election.