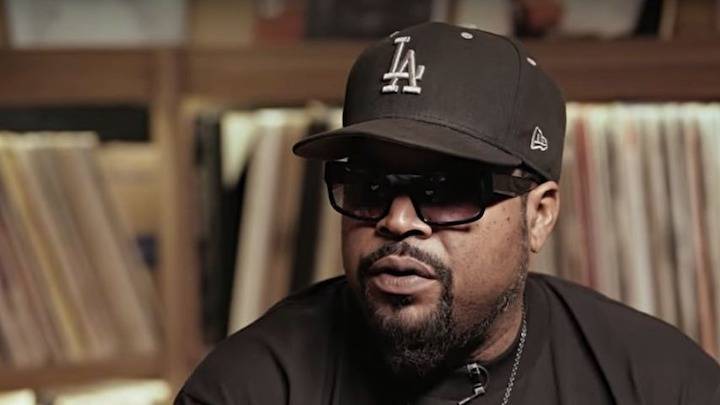 Ice Cube Demands More From Both Parties After Democratic Convention

Ice Cube paid attention to the historic Democratic National Convention earlier this week and even though he waded through all of the speeches between former President Barack Obama, Vice Presidential nominee Kamala Harris and former Vice President turned Presidential hopeful Joe Biden, he still hasn’t heard enough for Dems to earn the vote of Black Americans.

Cube took to Twitter on Saturday (August 22) and once more championed his “Contract With Black America” as a possible neo-Reconstruction style solution to help address the disparity in the wealth gap between Black Americans and their counterparts.

“So, over the last four days the Democratic National Party held their convention,” Cube began in the three-minute clip. “Lot of people getting up there and talking and, everybody really eating it up, throwing their hands in the air like they just don’t care damn near. What I didn’t hear is, ‘What’s in it for us?’ What’s in it for the Black community besides the same ol’ thing we’ve been getting from these parties? What’s in it for us, forreal?

“I didn’t hear anybody mention a Contract with Black America, and I don’t know why because its one of the most comprehensive reform documents that have come around in a long time that could really address the problem. The way it look, they don’t really have a problem. Everybody talkin’ about, ‘Get Trump out, get Trump out, get Trump out.’ If you vote, that’s gon’ happen on the first day. So, now what? Trump out, now what? What do we get in the first 100 days? That’s what we’re trying to figure out. What do we actually get that they could give us overnight like that?”

But what's in it for us? pic.twitter.com/GOvptKnoF1

The West Coast OG has been strident in recent weeks following the killing of George Floyd to urge Black Americans to weaponize their vote and to challenge politicians to do right by the Black community. Floyd’s death reawakened the political side of Cube, known for contributing to Public Enemy’s “Burn Hollywood Burn” from Fear Of A Black Planet as well as “Black Korea,” a fiery and controversial song from his 1991 album Death Certificate.

“They just pulled $3 trillion out their ass and gave it to their friends,” Cube continued. “That’s American taxpayer money, that’s your money that they just gave away. And there’s half – 42 percent of Black businesses closing. None of that money – where’s our fuckin’ bailout? Where’s the bail out — not the PPP Loan that they didn’t give us — where’s the bailout? I don’t wanna hear about deficit. I don’t wanna hear about what our generations gon’ have to pay. Cause if we don’t have shit, they ain’t gon’ have shit anyway to pay nothin’. So we gotta start something right now. Democrats don’t seem like they got a plan, Republicans don’t seem like they got a plan for us.”