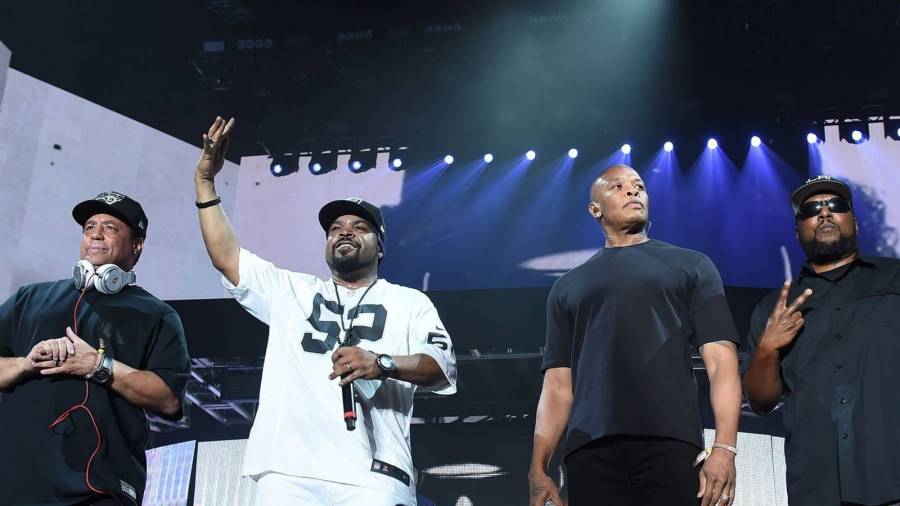 Ice Cube On N.W.A's Impact: 'Before We Did 'Fuck Tha Police,' Police Could Do No Wrong'

Ice Cube granted an interview to The Breakfast Club this week to talk about police reform, his contract with Black America and reconstructing the system.

When Charlamagne Tha God asked how he stays “encouraged or inspired” when he’s been fighting the same fight for over 30 years, Cube explained how police were perceived before N.W.A came out with the groundbreaking yet controversial song “Fuck Tha Police” in 1988.

“I do see the changes,” he said around the 23-minute mark. “Before we did ‘Fuck Tha Police,’ police could do no wrong. I mean, if they got on the stand and they said something, nobody even questioned if they were telling the truth or not. So police were put on this super high pedestal and we knew some dirty police growing up. We knew ’em. And so, we knew that wasn’t to be true on how we was being treated, our friends was being treated.

“When you get rolled up on when you’re 7 years old on your bike with your friends and get treated like you’re the hardest gang banger in the neighborhood, it does something to you. It shows you that … you know they just doing it to intimidate you and to put some fear in you. And so we knew they was the biggest gang in the neighborhood, so we did our song.”

Later in the interview, Cube touched on his film career, Boyz N The Hood specifically and explained how Hip Hop really unified people.

“Before Boyz N The Hood, the interaction with the cultures wasn’t that much in the ’80s, it was just startin to interact. In the ’90s with Hip Hop, it was just a straight integration of cultures through the ’90s with Hip Hop, so through the ’90s, people started to understand like, ‘Hey man I actually got a Black hero. I put Black guys on my walls as my heroes or female singers or female athletes.’ So we’ve known each other now.

Cube stirred up controversy last month when he was accused of tweeting anti-Semitic rhetoric in the wake of George Floyd’s murder. His tweets were coming at such a rapid pace, people started to think his account was hacked. However, he quickly clarified it was him talking all along.

The “Arrest The President” OG has since filed a cease-and-desist letter against The Daily Beast and Mediate, demanding retractions for labeling him anti-Semitic because “fuck that shit ’cause he ain’t the one.”