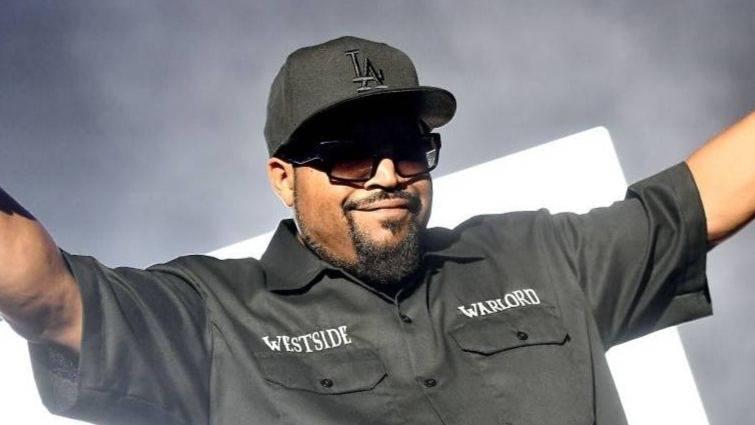 Ice Cube went on a Twitter tirade earlier this month in the wake of the police killing of George Floyd. The pioneering gangsta rapper, known for penning songs such as “Amerikkka’s Most Wanted” and “Arrest The President,” was firing off tweet after tweet in the name of racial equality.

But amid his Twitter rampage, he was accused of posting anti-Semitic propaganda. In fact, The Daily Beast ran an entire exposé about Cube’s alleged anti-Semitic past, which didn’t sit well with the N.W.A legend.

He wrote in the caption, “Don’t play with me. This is just phase one.” He also included a photo of Stern and added, “This is Marlow Stern, the punk that’s out there pushing that poison.”

Don’t play with me. This is just phase one. https://t.co/lawOTJxrVf pic.twitter.com/cZHyx2oHe9

The letter firmly outlines Cube’s demands, which include an apology and a retraction. It specifically addresses a 2015 incident where Cube was accused of assaulting a rabbi outside of the MGM casino in Detroit for wearing a yarmulke, resulting in a $2 million lawsuit.

Cube took issue with both Nash and Stern’s mention of the alleged incident in their respective articles and maintained his innocence.

“We are disgusted that you each recklessly chose to publish this garbage,” the letter reads. “Enough is enough. During this time of national dialogue concerning the equality of Black Americans, you each made a conscious choice to fan the flames of hatred and division by repeating known, discredited lies and scurrilous claims.

“The idea Cube is anti-Semitic is laughable, as anyone who knows this man can attest … we hereby demand immediate retractions and an apology to Ice Cube for the damage already done to his reputation.”

The situation spiraled into legal action after Stern injected himself into a recent Twitter conversation between Cube and CNN host Jake Tapper who had said Louis Farrakhan is ” a vile anti-LGBTQ anti-Semitic misogynist.”

After Cube told Tapper to “watch his mouth,” Stern hopped in the comment section, writing, “It is hard to give Ice Cube the benefit of the doubt given the fact that his anti-Semitic activities have extended beyond the realm of the internet. He’s an ardent supporter of Louis Farrakhan, one of the world’s most prominent anti-Semites, and, most troubling of all, the rapper and actor was accused in May 2015 of ordering his entourage to beat up a rabbi.”

“The statement by Marlow Stern is a fuckin lie,” he wrote. “I never ordered my security to beat up anybody. Get your facts straight or I’ll see you in court you asshole.”

The statement by Marlow Stern is a fuckin lie. I never ordered my security to beat up anybody. Get your facts straight or I’ll see you in court you asshole. https://t.co/hZOgWxrNGk