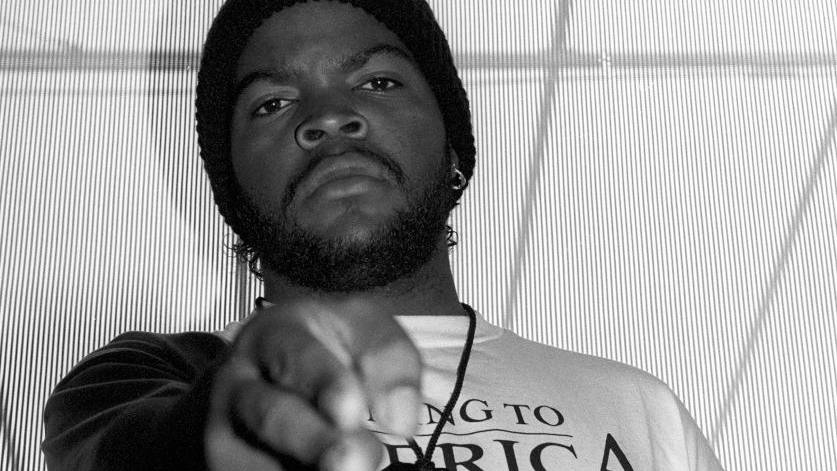 The death of George Floyd and other unarmed black people at the hands of racist cops has awakened the Old Ice Cube.

Many longtime fans within the Hip Hop community thought the Hollywood legend left behind his hardcore gangsta rap image years ago. Releasing family-oriented movies such as Are We There Yet? and his Barbershop movie franchise enforced this theory.

After his BIG3 pro basketball league was canceled this summer thanks to coronavirus and all the political unrest from injustice against people of color in the country, the West Coast warlord — who turned 51 on Monday (June 15) — is back to being the rebel-rousing Cube on social media attacking fascism and the U.S. government.

Check out DX’s list of Cube’s best songs about the exploitation of Black people to remind you that “everythang’s corrupt.”

Notable lyrics: “Cause you the devil in drag/You can burn your cross well I’ll burn your flag.”

With an American flag draped over a white toe-tagged personification of Uncle Sam depicted on the Death Certificate album, there’s no mincing of Cube’s wordplay on “I Wanna Kill Sam.” He has an itchy trigger finger to seek vengeance on the systemic racism upheld by the U.S. government for 400 years. Cube employs veritable microcosms of Black people being put into police wagons like slaves and having government officials attempting to stop the popularity of rap music spreading the gospel about the Ku Klux Klan-influenced American government’s infrastructure.

This song resonated 25 years later when the FBI reportedly engaged in espionage on California civil rights group By Any Means Necessary (BAMN). This followed a stabbing incident in which a BAMN member was wounded at a white supremacist rally in June 2016. The FBI classified the KKK as victims  and ran a 46-page report as part of its “domestic terrorism” investigation on BAMN for “conspiracy” as BAMN had labeled the KKK and neo-Nazis as “extremists.”

Notable lyrics: “Kicking shit called street knowledge/Why more niggas in the pen than in college?/Because of that line, I might be your cellmate/That’s from the nigga ya love to hate.”

The first track’s title from Cube’s platinum-selling solo debut masterpiece Amerikkka’s Most Wanted — which celebrated its 30th anniversary in May — became his early career’s calling card. Snoop Dogg and his friends recited the anthemic “The Nigga You Love To Hate” lyrics to celebrate The Doggfather’s Hollywood Walk of Fame ceremony in 2019.

With an uptempo swing and buoyant sample from Steve Arrington’s 1983 R&B classic “Weak At The Knees,” Cube’s belligerence and the indignant “Fuck you, Ice Cube!” chant during the track’s chorus helped him become the music industry’s most beloved and loathed gangsta rapper at the time. 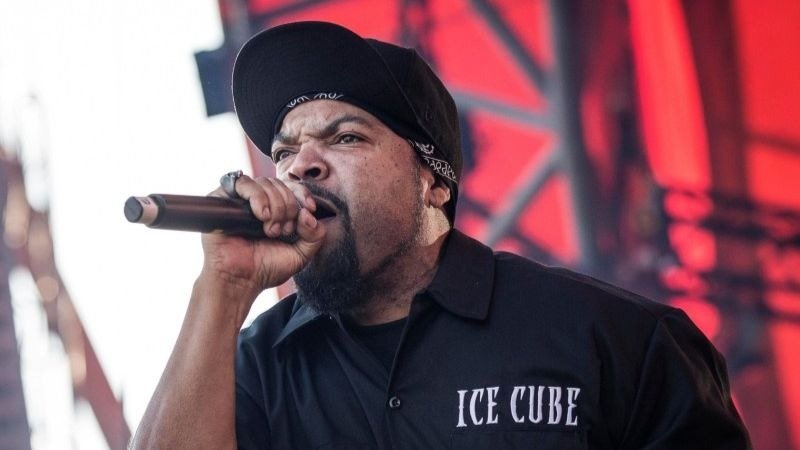 Notable lyrics: They kill ten of me to get the job correct/To serve, protect, and break a nigga’s neck/Cuz I’m the one with the trunk of funk/And “Fuck tha Police” in the tape deck

There are two versions of the Ice Cube and Chuck D-assisted “Endangered Species (Tales From The Darkside)”: one on AMW ; the other on its follow-up Kill At Will EP in 1991. Cube said in the book Check The Technique: Liner Notes For Hip Hop Junkies, Vol. 2 that he likes “the Kill At Will version better, because it’s thicker” with its thunderous funky bottom-heavy bassline compared to its original “psychotic” multilayered sound texture.

The song bemoans police brutality, gang violence or black-on-black crime. The song’s name and subtitle are derived from Parliament’s 1977 album Funkentelechy and the 1980s horror TV series, respectively, detailing violent portrayal of how Black lives don’t matter to many white authorities in government and law enforcement.

According to a study published in the Los Angeles Times in August 2019, about 1 and 1000 Black males die at the hands of police officers, 2.5 more times likely than their white male counterparts. Per the deaths of Rayshard Brooks, George Floyd, and too many others who’ve tragically fallen into this category, not much has changed in 30 years since the song’s release.

Notable lyrics: “Stop being an Uncle Tom, you little sell-out/House nigga scum/Give something back to the place where you made it from.”

The second single from Cube’s seminal 1991 sophomore LP Death Certificate is his animus towards Black men eschewing African-American culture and rappers leaving their hardcore Hip Hop roots for acceptance from whites and the mainstream media. The black-and-white visual of “True To The Game” was a bare representation of the song’s content, addressing Cube’s disdain for miscegenation as a form of social mobility towards the nouveau riche and a blatant mockery of then-popular MC Hammer.

The song was a glaring extension of Cube admonishing “Here’s what they think about you” in the intro from “Turn Off The Radio” on AMW, in regards to racist white people’s prejudice of Black people.

Notable lyrics: “So now you got a pep talk/But sorry, this is our only room to walk/Cause we don’t want a drug push/But a bird in the hand, is worth more than a Bush.”

Ice Cube is a masterful storyteller and “Bird In The Hand” is Cube’s updated parable of N.W.A’s fan-favorite “Dopeman” from their 1988 magnum opus Straight Outta Compton.

The lyrics shed light on capitalism’s dark underbelly of the American Dream. Cube’s song character’s desperation to feed his son with limited financial resources as a young Black man-turned drug dealer leads to being a target for the growing prison population. 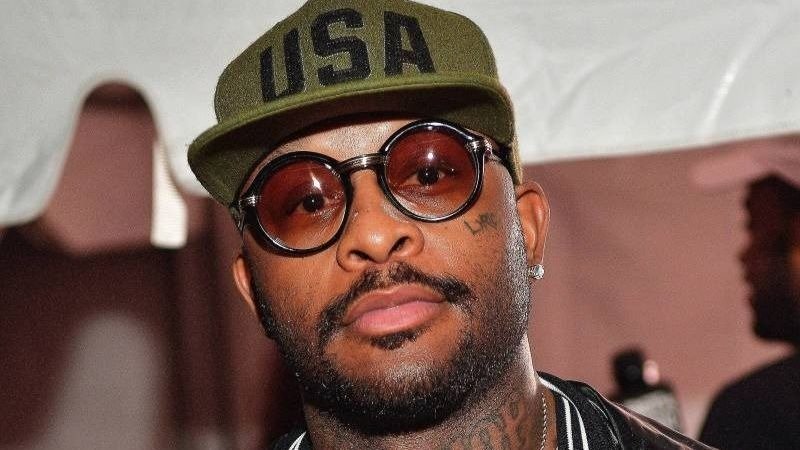 Its title is taken from the proverb “a bird in the hand is worth two in the bush,” meaning it’s better to be content with what you have than to risk losing everything by seeking more. The song’s closing lyric is a double entendre applied to the President George H.W. Bush administration and capitalism setting up the working class for failure. But going for a better life in the hood by accumulating wealth with little options besides drug trafficking perpetuates the vicious cycle towards incarceration.

Notable lyrics: “And all y’all dope-dealers/Your as bad as the police cause ya kill us/You got rich when you started slangin’ dope/But you ain’t built us a supermarket/So when can spend our money with the blacks/Too busy buyin’ gold an’ Cadillacs.”

When Ice Cube shaved his famous Jheri curl in 1991, he joined the Nation of Islam and Universal Zulu Nation before the release of Death Certificate. He became more politically vocal for economic empowerment in the African-American community, especially on the album’s eye-opening penultimate track “Us.” Cube’s performance drips in agitprop while channeling Minister Louis Farrakhan by calling out drug dealers and nihilistic African-Americans who refuse to invest profits into their own communities.

Notable lyrics: “I told you all what happened and you heard it, read it/But all you could call me was anti-Semitic/Regret it, nope, said it, yep/Listen to my big black boots as I step.”

In the third bar to begin “The Nigga Ya Love To Hate,” Ice Cube gave a prescient line two years prior to the Los Angeles Riots that caused billions of dollars in damage. (“The day is coming that you’ll all hate/Just think if niggas decide to retaliate”).

After late motorist Rodney King was nearly beaten to death on video March 3, 1991, the jury found all four police officers in the incident not guilty.

This citywide looting that ensued following the verdict gave Ice Cube pure vindication on “We Had To Tear This Motherfucka Up,” the most incendiary on Cube’s third album The Predator. Cube spewed flames over DJ Muggs’ punchy snare drums and sinister acoustic jazz bassline. The looting across the country in the protests following George Floyd’s death on Memorial Day revives that song’s relevance more than ever.

Notable lyrics: “It’s a great day for genocide/That’s the day all the niggas died/They killed JFK in sixty-three/So what the fuck you think they’ll do to me?”

The opening track “When Will They Shoot” on The Predator continued Cube’s formula of hitting with an infectious Thor-hammering beat and lyrics. Produced by legendary L.A. beatmakers DJ Pooh and Bobcat, the track’s sample the marching sound of Queen’s “We Will Rock You” and X-Clan’s former lead MC Brother J’s lyrics to be “stomping with my big black boots” evokes a militant feel like Black Panthers ready for war.

Cube’s comparison of President John F. Kennedy’s assassination to “AmeriKKKa’s” plotted genocide of Black people is a bold statement. However, it’s not far from the reality when discussing the history of unsolved murders of Tupac Shakur, The Notorious B.I.G., and several officers getting acquitted following prosecution about killing Black citizens. Some cops are brazen to admit it’s their prime objective while on patrol, so Cube is making a verbal preemptive strike to kill or be killed.

Notable lyrics: “It’s a case of divide-and-conquer/’Cause you let a Jew break up my crew.”

N.W.A forced Cube’s hand after they released the gangsta rap icons released their diss track “Real Niggaz” from their third album Niggaz4Life in 1991. After Da Lench Mob leader and Street Knowledge Productions founder heard that track, he struck back to eviscerate his former group with one of rap’s most potent counter-diss tracks in the genre’s history “No Vaseline.” The pull quote from the song listed above refers to N.W.A’s late manager Jerry Heller, who Cube claimed created factions within the group for his shady business tactics to embezzle money from their Ruthless Records deal with Eazy-E.

Cube was labeled an anti-Semitic as a result.

But he had no qualms reacting to what he felt the group trusting Heller and their late co-founding label owner Eazy-E more than Cube, who saw the writing on the wall before the group’s ultimate breakup in 1993.

Notable lyrics: “My first offense was possession of weed/Now I’m in the major leagues and/That motherfucker Bill Clinton is a son of a bitch/Had the nerve to throw out the first pitch/I’m just tryin’ to get rich like Trump/The Home Run king is now in a slump, pass me a hunk.”

The late, renowned author and professor Toni Morrison once dubbed Bill Clinton as America’s “first black president” in 1998 before Barack Obama’s election ten years later. In contrast, Cube was vitriolic against Clinton on “Three Strikes You In” from his 1998 album War & Peace: Vol. 1. The song chastised the Clinton’s “three strikes” law ratified in 1994.

The bill was aimed at habitual offenders to serve long-term prison bids other than life sentences after being convicted for a total of three felony charges. Aftereffects have disproportionately continued rise among people of color in the U.S. prison population, similar to the 1986 Anti-Drug Abuse Act that carried a minimum of 20 years for federal time behind bars for being caught with illicit substances.

Cube extended Clinton’s baseball at-bat metaphor, saying that the judicial system was retiring batters subjected to racial profiling. Similar to “Bird In The Hand,” Cube uses Donald Trump as a benchmark for getting rich, but the government flooding black and Latino neighborhoods with the illegal product was baiting its residents with curveballs and sliders in the strike zone.

Of course, the irony of future president Donald Trump being namechecked in the song would eventually become a ground out in Cube’s message.