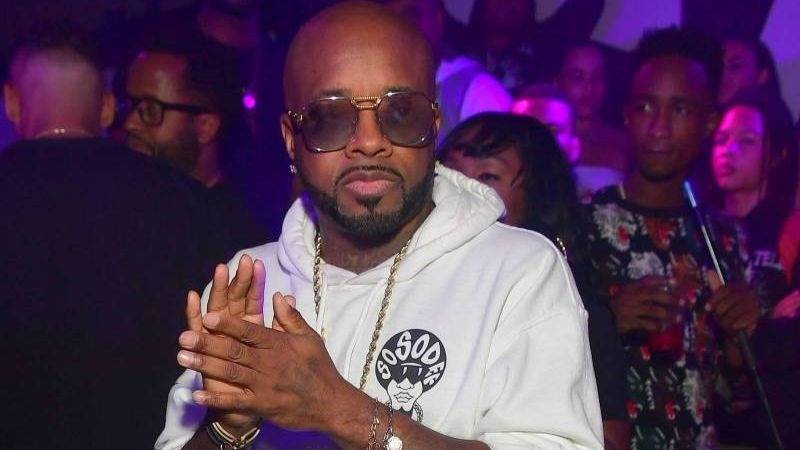 Jermaine Dupri is a visionary. In 2016, he brought together several aspiring, unsigned rappers of all ages for The Rap Game, a reality television series centered around discovering rap’s next big thing.

Now in its fifth season, the Lifetime show has produced a few success stories, including Mulatto and J.I. (the Prince of New York) who are currently experiencing a steady rise to notoriety. But according to a recent interview with HipHopDX, that was all part of Dupri’s master plan.

“It’s supposed to happen,” he tells DX’s Kyle Eustice. “That’s how I look at it. People ask me if I’m surprised all the time. I’m not surprised because I picked them. I don’t think people realize it. The funniest part about this whole thing is that people keep acting like, especially with J.I.

These young and talented artists are about to show you what they are made of on an all-new season of #TheRapGame! ?Swipe ➡️ for MORE and tune in to the two-hour season premiere of #TheRapGame TONIGHT at 9/8c on @lifetimetv.? ? . . . . . #rapgame #rap #rapping #lifetime #tv #jermainedupri

“I pushed for J.I. to be on the show,” he adds. “Every time I see him doing something, I’m 100 percent ecstatic about it because I love seeing how they go from … that’s my thing. I love seeing people go from scratch to being successful. When I started, I had a vision that they could always be that.”

Durpi’s story is somewhat similar. The Asheville, North Carolina native grew up the son of Tina Mosley and Columbia Records executive and Atlanta talent manager Michael Maudlin. In 1982, a 10-year-old Dupri got the opportunity to attended a Diana Ross show his father had organized. During the show, Dupri climbed on stage and started dancing alongside Ross.

Two years later, he took the stage with Whodini as one of their backup dancers, officially launching his career. From there, the blossoming star began performing across the United States with artists such as Herbie Hancock, Cameo, Run-DMC and Grandmaster Flash.

I had Bronchitis when I did this performance with @genius I apologize if I sound diff ? I felt so sick, Go Check out The Full Performance Rn On YouTube ?

Dupri’s production venture soon followed and in 1990 he produced his first Hip Hop act Silk Thymes Leather. A short year later, he would break the Hip Hop duo Kris Kross whose debut album Totally Crossed Out went on to sell millions of copies thanks in part to the singles “Jump” and “Warm It Up.”

In 1993, Dupri founded his So So Def imprint, a spin-off of Dupri’s production company of the same moniker through a joint venture with Sony and Columbia — and the rest is history. Today, Dupri’s résumé boasts writing and production credits for Mariah Carey, Usher, Monica, Da Brat, Bow Wow, Xscape and more.

As far as The Rap Game, Season 6 hasn’t been announced yet and is currently pending. Meanwhile, Mulatto — who took the crown in Season 1 — just received her first RIAA gold record certification for the 2019 single “Bitch From Da Souf” and dropped a new video with Gucci Mane called “Muwop.”

J.I., on the other hand, appeared on Season 2 but didn’t win the overall competition. His most recent release, Welcome To GStarr Vol. 1, arrived in July and featured Lil Durk. The project reeled in 1.3 million Spotify streams in the first 20 minutes of its release.

In an interview with DX earlier this month, the Crown Heights native opened up about what it was like in the aftermath of the show.

“That time was hard,” he said. “They put you in a category once you come off the TV show like, ‘Oh, he’s more like an entertainer or a TV show artist’ and I wanted to shake that. I had to set my own bar.”

He added of his journey, “It was a long one. To most people, maybe not, but for me, it was a long journey because I first picked up the pen at 12. From 12 from up until now, you’ve got all these years in the middle, but from the rapping element, it was dope and it prepped me. It got me to where I needed to be mentally at that age and I matured quickly for my age. That was pretty much like the main benefit from it just as far as getting to see a sneak peek of what the industry was like.”

Dupri recently became the Creative Director for The Beet, an online publication dedicated to plant-based living. Read all about it here.