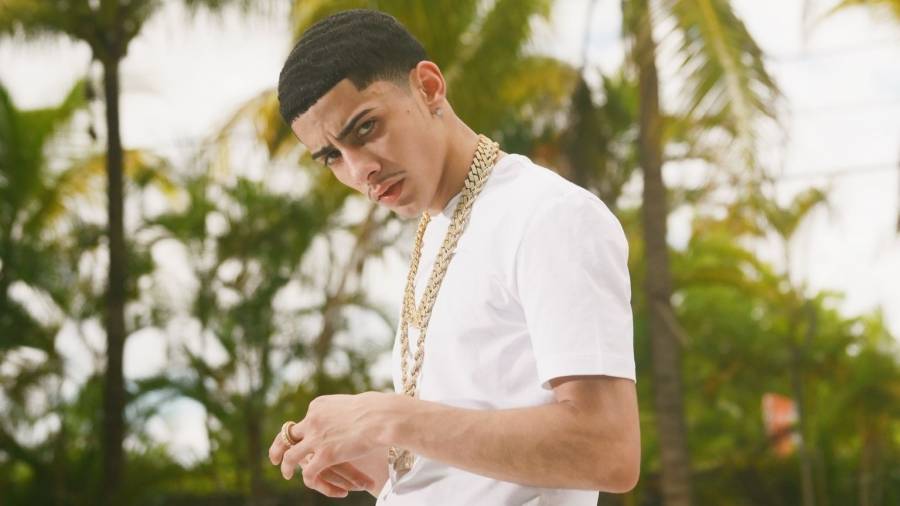 When we first heard of Brooklyn rapper J.I. he was a 15-year-old contestant on Jermaine Dupri’s reality competition The Rap Game. During his time on the show, J.I. showcased his lyrical skill that had viewers take note and root for him to win the competition. Unfortunately, J.I. didn’t make it through, but the buzz he garnered from the show helped kickstart his rap career. He had a solid start but J.I. would soon find himself taking a hiatus as things weren’t working out for him.

In 2019, J.I. made his return to the Hip Hop scene with a brand new style, one embedded in the melodic rap sound that’s been dominating the New York City airwaves. His debut project, Hood Life Krisis, Vol. 1 features J.I. touching on emotional subjects like love, heartbreak, and pain in a style that the new generation of Hip Hop listeners are eating all up.

During his conversation with HipHopDX, J.I. revealed whether he prefers spitting fiery bars or tapping into the melodies with his rhymes. The 18-year-old knows how popular melodic rap is these days, but deep down inside he wants to bar up to show people he can still get busy with the lyrics.

Nah nfs when I was 14 I was on sum else ?? I been disrespectful for the longest …

“I like the melodic raps because it’s paying the bills right now, but it’s not only about the bills,” J.I. revealed to HipHopDX. “You know what it is? When I go bar for bar, you can’t deny it because it’s in your face. Like bar for bar, nobody at this point, if you hating, that’s a conversation you better have with God when your time is up. You feel me?”

“But when it comes to me doing melodies, it gives people enough time and enough space to have an opinion,” J.I. continued. “You feel me? It feels some type of way but as long as I’m speaking from the heart when it comes to me making music it’s cool. It’s like I just gave you a plate of steak and I cooked it right. If you don’t like it, you just got something against steak.”

People in New York City have always held lyricism in high regard even when this new era of pop rap has been taking over the city. There’s somewhat of a disconnect between the generations because of that and J.I. feels he’s able to bridge the gap between the two.

“I feel like I’ve got all the heads on lock. I feel like the older generation supports me as much as the new generation,” stated J.I. “My new EP might be a little mixy because I got more commercial records on there, but if you don’t feel like I don’t know how to rap bar for bar, look up my old freestyles.”

When asked if he would link up with a New York City DJ and drop a mixtape focused solely on bars as Fabolous did with DJ Clue in the early ’00s, J.I. said there’s a possibility.

“I would love to, but it’s just like, yo bro, the world doesn’t like that anymore. But you know what? Who knows? Maybe. I don’t want to say too much,” he said. “You know what it is? It’s just like music is different nowadays and the whole culture is shifting. You got certain stuff that people want to hear and certain stuff that people don’t want to hear, so if I could blend it in the right way. You feel me? Then yeah, I’m going to do it. But who knows? The door is definitely open for that.”

Check back with HipHopDX for our full interview with J.I coming soon. In the meantime head over to J.I’s Instagram page @iamj.i.