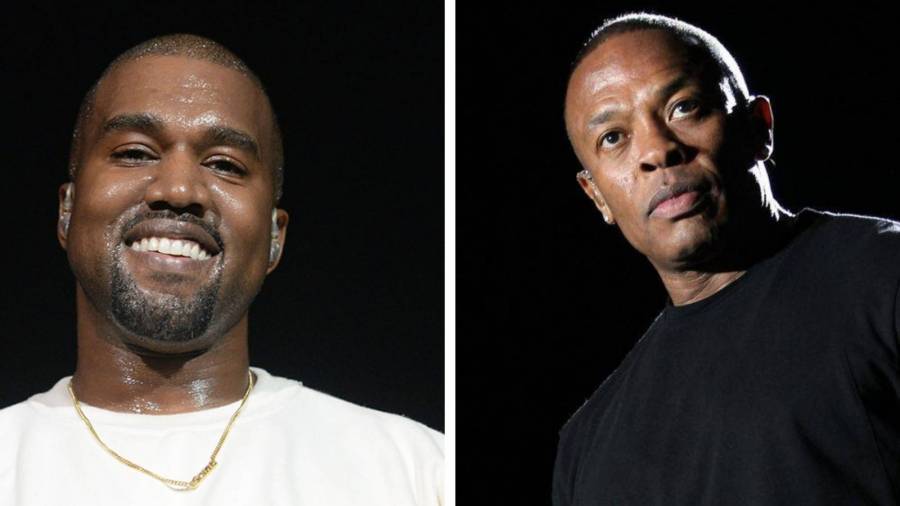 Kanye West made his return to Twitter on Friday (June 26) after months of silence and touted several endeavors, including his new 10-year contract with Gap clothing, the new Kids See Ghosts animated show and an upcoming Jesus Is King film headed for Apple TV.

But among his all-caps list of current projects, he casually mentioned the upcoming Dr. Dre version of Jesus Is King, Kanye’s gospel-themed album. While a release date for the collaboration hasn’t been announced, there are a few pieces of the puzzle that have fallen into place.

Here’s what we know.

Shortly after Jesus Is King arrived last October, Ye posted a Twitter photo of himself in the studio with the N.W.A legend and wrote in the caption, “Ye and Dre Jesus is King Part II coming soon.”

“Soon,” however, was never defined. The following month, producer Ronny J confirmed ‘Ye had been in Wyoming working on the album.

Then in December 2019, Ye was in the middle of a Sunday Service event at Greater Emmanuel Temple Church in Lynwood, California when he mentioned the forthcoming collaboration and explained it was rather simple to get Dre to do the project.

“Jesus Is King is my first clean album,” he said to the packed crowd. “I used to spend all my time trying to make my beats be mixed as good as Dr. Dre. Who knew all I had to do was do an album for God and then Dr. Dre would start mixing my beats? Spend your time on God, and he’ll handle the rest.”

The same month, Consequence confirmed Kanye was in Wyoming when asked about recording for Jesus Is King Part II.

“I used to spend all my time trying to make my beats be mixed as good as Dr. Dre, who knew all I had to do was do an album for God and then Dr. Dre would start mixing my beats.” @kanyewest pic.twitter.com/N3VoMH157Q

In January, a clip of the Dre-produced single “Up From The Ashes” leaked online. The track was uploaded to YouTube and snippets of it made the rounds on social media, but it was mostly scrubbed from the giant video platform. Then In March, ‘Ye suffered another leak when a reworked version of “LA Monster” crafted and mixed by Dre circulated online.

Producer Dawaun Parker also alluded he was working on the album with Dre and Kanye during a February interview with HipHop-n-More.

When asked about his upcoming production work, he replied in part, “You’ve seen a picture that’s been posted with two significant figures that have said they’re working on an album, so I’ll just allude to that and we’ll move onto the next question.” He added, “I’m sure we will all come to know soon. Let’s revisit that once something drops.”

“It’s from his new record,” Jafa said. “It’s called God’s Country and this will be like the first single I guess off of it. I don’t know if I’m supposed to not be announcing it or whatever. I may just be spilling the beans. It’s from a new record that’s forthcoming. I don’t know when the album is coming out but the single – I think maybe sometime next week. Maybe. I’m not sure. It’s not definite.”

Cinematographer Arthur Jafa tells Michèle Lamy that he's been working with Kanye on a new video possibly dropping next week. He added that the accompanying song is from Kanye's forthcoming album. pic.twitter.com/trwJIHtz2O

Ye’s return to Twitter this week alluded the Dre collab was imminent. Considering work on the Yeezy Gab line is kicking off this month, a teaser for the Kid Cudi-assisted Kids See Ghosts animated show is already out and he’s now confirming the video Jafa referenced is titled “Wash Us In The Blood,” the Jesus Is King sequel could arrive before the end of the year.

Finally, Snoop Dogg took the excitement level up a notch on when he shared a couple of Instagram posts showing himself and his longtime collaborator in the studio, a strong indicator the D-O-Double-G and Gospel of Love mastermind will be present on the project.

Snoop’s posts coincide perfectly with a follow-up tweet from Ye that read, “IM SORRY DOCTOR DRE I SPILT THESE THREE DROPS OF ORANGE JUICE MIXED WITH UUUUUUM WHILE WE WERE FINISHING OUR FIRST PROJECT.”

“Finishing” is a another promising sign the Jesus Is King sequel is right around the corner.