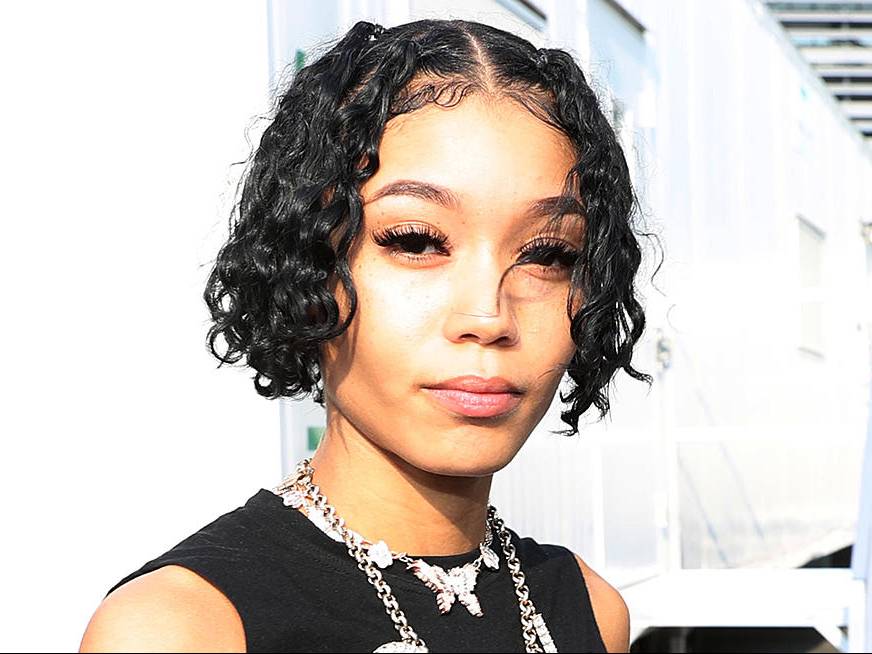 LOS ANGELAS, CA – This Summer, Coi Leray plans to release a new project following her last project EC2. In a recent interview with HipHopDX, Coi touched on how her mindset has matured as an artist and how her life has changed since becoming a notable upcoming rapper. Besides dating Trippie Redd (which she spoke more on in the full interview coming to DX soon), and being the daughter of rapper Benzino, Coi’s stepping into the spotlight has made her feel alone at times and has caused some of her personal relationships to become blighted.

Starting out in 2018 with her first mixtape ‘Everythingcoz’ Coi’s style was much different than what her fans may see now on her social media platforms. Coi came on the scene with a “tomboy” demeanor, similar to many other artists that have executed the style like Aaliyah, Missy Elliot, and Da Brat. Over the years Coi has become more transparent with showing all sides of her, which she says is the goal of her upcoming project this summer.

“Yeah, I mean honestly I always been writing through experience at the end of the day and everybody that’s following me knows that Everything CoZ showed that,” Coi told DX. “But like I want to get sexy and be a lil’ sexual sometimes. But I like to be comfortable 100 percent–you know? I grew up around a lot of boys. I had five brothers. I’m the only girl.”

Her transformation is not only showing through her tasteful Instagram posts, but also in her music that she is putting out. Coi acknowledged the major differences between who she is now versus where she was mentally when she dropped her last two projects. “Honestly since I’ve been signed, I’ve just been recording and recording and holding onto a lot of music and I’m really, really careful about what I choose to put out,” she said.

“I want to make sure my debut or my next work is my best work and it’s to my full potential. I feel like all my other projects really weren’t to my full potential. I’m not saying that I don’t like them. I’m hot, I love them, I’m the shit, but it’s just a simple fact that the melodies and my new shit and what I’ve been doing, it’s crazy.”

Talking about tough topics like family ties and her relationship with ex-boyfriend Trippie Redd, Coi geared her newest project to give us insight into her entire life, no chasers–although she says she almost held back from speaking on some personal friendships that she had to let go. “Yeah, I ain’t never really speak on the fact that since getting bigger, I done lost all my friends, you know, but whatever,” she expressed. “It just seems like the bigger I get and the more things that come, the more I lose … I don’t really see the people that were around me anymore.”

Coi Leray has been linked to other artists like Bhad Bhabie, whom Coi claims to have a great friendship with despite Bhad Bhabie’s controversial comments surround colorism and cultural appropriation (look out for this interview with DX). Coi has also been seen flicking it up with her peers like DaniLeigh and choreographer Coach Cherry, and unfortunately feuding with rapper Rico Nasty.

“I feel like everything happened for a reason because now that I am alone, I’ve been accomplishing a lot more, and a lot more people have been coming into my life … I felt that was missing,” Coi shared.

However, Coi Leray says that “Better Days” catapults the theme of her fans getting to know more about her. “I feel like I got my core fans and they don’t really know my story,” she said. “So now that I’m able to give them the project, I’m going to be able to tell them the story.”

Look out for the full-length interview with Coi Leray coming soon to DX. In the meantime check out her latest single with Fetty Wap “Better Days” below.