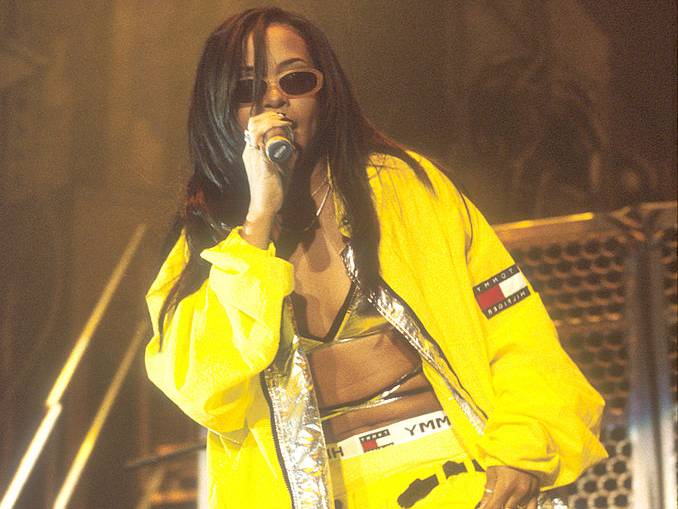 Fans of the late singer Aaliyah decided enough is enough this past weekend, pushing the hashtag #FreeAaliyahMusic into Twitter’s trending topics. Only exasperating the fans were two highly publicized beat battles between Timbaland and Swizz Beatz and later Ne-Yo and songwriter Johntá Austin, both of which used some of the singer’s classics as uppercuts.

The latter, specifically, saw Johntá Austin blindside Ne-Yo with ”Come Over,” a posthumously released duet with Tank that appeared on the I Care 4 U Compilation. This undoubtedly would have had curious listeners storming DSPs to hear the full song.

These battles, which amassed well over 60,000 viewers each — not counting the plays on the recap videos — could easily have resulted in hundreds of thousands of plays to her discography.

Of course, with an abundance of both excellent and heartbreaking press over the years (think Surviving R. Kelly) providing gateways for discovery — on top of her birthday — calling the fact that her music isn’t on streaming bad business would be a gross understatement.

So what’s the issue?

The ball remains, as first revealed in detail by Stephen Witt in a 2016 Complex article, in the court of Aaliyah’s uncle Barry Hankerson. After moving his Blackground Records imprint to Atlantic Records, he assumed all of her masters, which he still holds today (despite selling a stake in 2012). All masters — of course — except for her debut Age Ain’t Nothing But A Number, which now feels, frankly, a little gross in hindsight.

It’s even more messed up once you realize that Hankerson not only managed R. Kelly (serving as executive producer of his first four albums), but after allegations reportedly contributed to Blackground’s departure from Jive and a severing of Aaliyah’s personal and business relationship with Kelly, he stayed with the singer until 2000.

While Hankerson’s grief may have initially fuelled a reluctance to hop on board as the music industry shifted from physical to digital, and grief was later intertwined with financial and crippling legal issues, the years continue to pass. Both the importance of and innovation in her music (which extends to the supporting cast such as Timbaland) stands to be forgotten in a world where laptops don’t even have drives capable of playing compact discs.

There had been glimmers of hope over the years. Her second and final posthumous release Ultimate Aaliyah appeared on DSPs in 2017 courtesy of a company called Craze Digital (though only in the UK, Australia and Japan) — only to be taken down within a day. However, in that short time, it immediately shot to No. 3 on the iTunes charts.

Aaliyah was #1 on hip-hop charts and #3 overall. wish it was still on itunes!! #FreeAaliyah #Aaliyah #UltimateAaliyah pic.twitter.com/WOrBLMV5Sz

A year later, there were reports of a bootleg appearing on streaming networks intentionally mislabeled as Girls of Hip Hop Vol. 1.

Still, the most concrete evidence that fans could welcome in a new decade by finally binge-streaming the singer’s music came in late 2019, when a mysterious Twitter account allegedly owned by Hankerson tweeted that “We’ve been listening,” adding that the singer’s music would appear on all platforms January 16, 2020. It was widely picked up and reported by many outlets.

Of course, the day came and went — and the account (which is alleged to have done this in the past with less traction) disappeared.

This is fake! 🤦🏽‍♀️ Stop promoting this troll like it's legit. We as fans are tired of the let downs. The only way to access #Aaliyah's music is to buy physical copies of her work. Please spread the word and report this @BarryHankerson page ✌🏽❤ @AaliyahHaughton @RAD_6 #TeamAaliyah pic.twitter.com/80dTDkRy5l

Her music lives on via lower quality YouTube streams, but it remains that only true fans who copped her music in physical format and those willing to shell out money to get their hands on CDs, will get to appreciate it the way it was meant to be enjoyed.

It’s a mystery as to why Hankerson hasn’t yet made her music available to all; if financial concerns exist, inevitably, the streaming revenue from releasing the catalog could help alleviate that. Still, as it stands, for a new generation of listeners who live and die by streaming platforms, her legacy peaks with a collection of music written by R. Kelly.

That’s the definition of tragedy.

So, we're having this conversation again? Awesome. We should talk about the fact how it's a huge disservice to Aaliyah's career and legacy to not have her full discography available to the world. She was an artist and she would've wanted her art to live on. #FreeAaliyahMusic pic.twitter.com/mnIs7arBek

Aaliyah worked too hard for her music to be locked away and forgotten! #FreeAaliyahMusic pic.twitter.com/6sf1mCFVOm

Aaliyah LIVED for her craft, she LOVED her fans, and she would want HER music available to the world, lets grant the Queen’s wishes. #FreeAaliyahMusic

😍LOOK AT THE MATERIAL 💕 pic.twitter.com/Cr2iCY0lQA

So now that we have #FreeAaliyahMusic trending, can Barry go ahead and release her music on all streaming platforms ASAP!?! Aaliyah’s legacy and discography deserves to shine. Do we need to create a petition to make it happen or ?! Let me know… ❤️ My good soul sis DESERVES!!! pic.twitter.com/2dtqvphSPp

Aaliyah is trending once again. She deserves endless flowers. This is true impact y’all. Her voice, her sound, her music…She’s been gone for 2 decades and y’all see the love for her is even stronger! We miss you baby girl! #FreeAaliyahMusic pic.twitter.com/ALDcT0ZQxR

Aaliyah’s music is the landmark for a lot of your favs not only was she ahead of her time with her futuristic sounds she also was a fashion Icon dancer and phenomenal actress . The future generations need be exposed to her artistry and pay homage .#FreeAaliyahMusic pic.twitter.com/LxZfxcqRgF