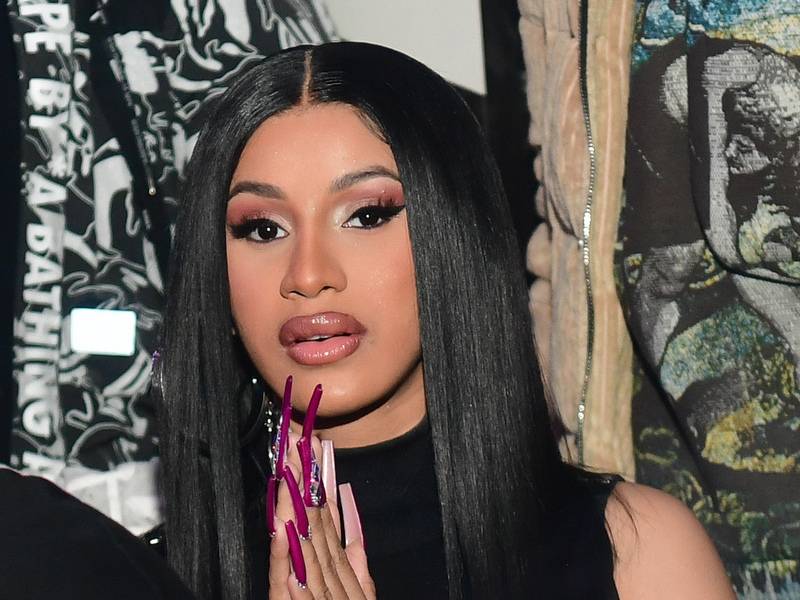 Cardi B is addressing the nuance of the George Floyd riots for her followers.

No stranger to speaking out about social injustices, Cardi used her platform to once again do the same on Thursday night (May 28) as riots continue to break out over outrage at Floyd’s death by police. In the minutes-long clip, the Bronx native explained how one can both not agree with the riots and yet still completely understand why they’re happening.

“Seeing people looting and growing extremely outraged, you know, it makes me feel like, ‘Yes! Finally! Finally muthafuckas is gonna hear us now! Yeah!'” Cardi began. “And as much as people is so against it, at this point, I feel like I’m not against it – even though it do scare me and I don’t want anybody to get hurt. But it’s just, it’s really frustrating. You want to know why? Because police brutality been going on even way before I was born, but it has been more visual ever since social media started getting popping.”

She went on to provide just one small example to paint her picture clearer.

“Let’s say since Instagram started, how many peaceful protests have we seen?” she asked her followers. “How many trending hashtags have we seen? These hashtags keep freaking repeating themselves. I feel like I done videos against police brutality – I feel like this like my seventh time. Like I been doing fucking police brutality videos ever since my fucking teeth been fucked up, and the only shit that changed has been my fucking teeth. People are tired of that, so now this is what they have to resort to.”

However, Cardi has a proposed course of action that she hopes people take heed to.

“Another way for the people to take power – I don’t want to make everything political but it is what it is – is by voting,” she explained. “And when I say voting, I’m not talking about the President. We could vote for mayors, we could vote for judges and we could also vote for D.A.s – District Attorneys. Yes. We could vote for these people for our county, we sure can! The people that are voting for these people are most likely cops, most likely red necks. That’s why every single time that some fuck shit like this happen, it goes to they favor. Because these people have the powers – these D.A.s, these judges, these attorneys – they have the power to prosecute these cops when they do fuck shit.”

Watch the clip in full below.