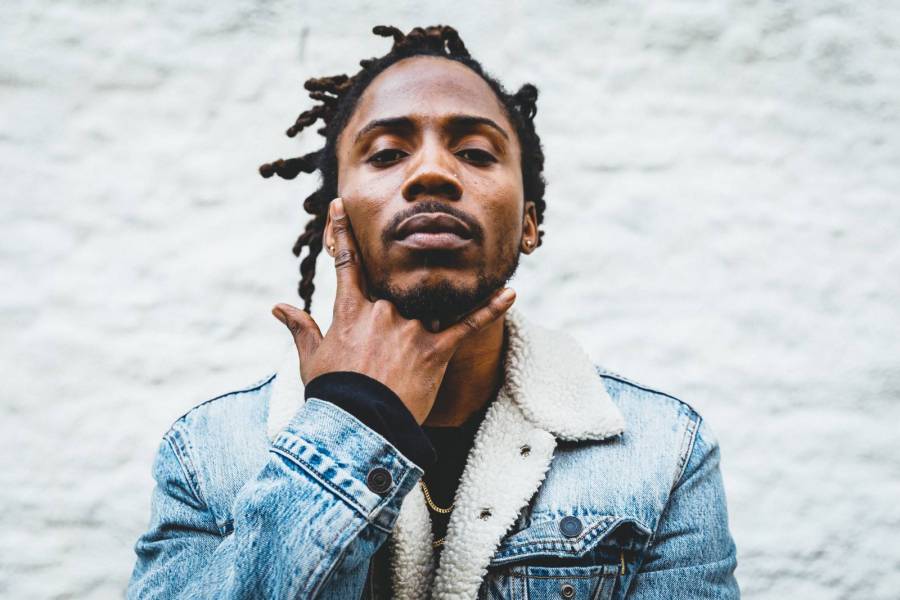 D Smoke had all the tools to help win Netflix’s Hip Hop focused musical competition series Rhythm + Flow. He impressed the likes of T.I., Cardi B and Chance The Rapper with a charismatic attitude mixed with sharp talents fitting for any future rap superstar. Once the series ended in late October, D Smoke managed to drop an impressive EP titled Inglewood High, went on some serious media rounds and finished his debut album Black Habits.

HipHopDX: Following the episode of Rhythm + Flow, you released the Inglewood High EP at the end of October and released your Black Habits album around four months later. How long did it take to record Black Habits and gather features between the show, EP and now?

D Smoke: Well, the Black Habits project is a work that’s been a long time coming. Prior to the Rhythm + Flow show, I’d been working on Black Habits. The show came up when we were discussing when and how we were going to release the Black Habits project. When that came up, we figured Rhythm + Flow would put us on a different platform so that this body of work we’re so proud of can be recognized for what it is. It wasn’t something that we thought like now we’re on international television, we need a project. It was something we already had. Of course, the experience on Rhythm + Flow informed a couple of moments on the project that added the exclamation point to something already there.

HipHopDX: How much of an adjustment being thrust into the spotlight like that between recording, interviews, events, and the like. Was there a learning curve there?

D Smoke: It was all quick and we make quick adjustments through all the changes. Fortunately enough, immediately following the show, T.I. flew me out to Atlanta. That was a grade A education on how to handle a certain degree of fame with character, grace and confidence. That’s one of those things with him being one of my mentors. I just want to show gratitude to those paying attention to my artistry because it’s connecting with people and these are real people. It’s something I’m still adjusting to.

HipHopDX: One of the most surprising joints on the record is “Free.” Can you recall the inspiration behind that joint?

D Smoke: I put on the beat and the first words when I finally put the pen to the pad was “what if I use to be president in a past life.” That put me in the place of what it means to be in someone else’s shoes and then use that to talk about experiences from the other side. Once the track took on a storytelling kind of approach, there were other stories I wanted to tell. My pops being locked up, his story is similar to some of my most talented students who ended up getting caught up in a home invasion situation thinking they had to do XYZ to make money and make ends meet. The third story is speaking from one of my best friend’s perspectives. He was a friend I lost due to lymphoma cancer. He was one of my rapping partners and taught me a whole lot about rap.

HipHopDX: In my opinion, you’re def one of the best non-Latino artists with the ability to rhyme in Spanish. How much did your time as a Spanish teacher influence your approach to rhyming in Spanish?

D Smoke: That’s a good question. I think a lot of people rhyme in Spanish because they’re influenced by other Spanish music. It’s not the cause with me. I’m still diving into Spanish artists and getting exposed to them. There’s a lot of dope stuff out there. What’s primarily influenced my approach to music is literature. A lot of times in Spanish, I’ll tell stories from my perspective without being aware of the trends in Spanish music. That’s why people get a lot of the rhyme patterns that primarily come from West Coast Hip Hop. You’re getting my story in Spanish versus without sounding like what’s out. It’s not my first language so much respect to the Latin music that’s happened already and one of those groups that inspired me like this Afro Latinx group from the Bay Area Los Rakas who are super dope. They’ve been doing the bilingual thing in both English and Spanish. Their roots are in Panama and Oakland.

Those are one of the people I connected with through a friend and we have music that’ll be coming out soon as well. It’s a lot of exciting stuff that we plan on doing with Latin music.

D Smoke: I really look forward to having my own lane in Latin music. A lot of dope Latin artists out here. I love how those artists walk the line between saying something and being popular and entertaining at the same time. That’s the type of trend that I want to uphold with music. I like J Balvin. He’s super dope. There so much dope Latin music out there.

HipHopDX: The rollout for Black Habits has been really local between the party at Broadway Boxing Gym and the event you had at Centinela Park. How important was community involvement when putting the project out?

D Smoke: The community is most important. I’m able to make music because of the community I come from. It was super important that we gave the community the opportunity to engage with us through listening to music or eating food. It just happened in different tiers. The first one was more of the music industry community and tastemakers so we can see who our allies are in the same room to talk about the project in a very intimate setting. The second one was more for our friends and family which was somewhat of a larger group at Broadway Boxing Gym which means a lot to me. I started going there when my homie had passed and I needed an outlet. I started competing in boxing and that’s the gym I went to.

HipHopDX: Technically, isn’t that next to G Perico’s So Way Out Store?

D Smoke: I don’t think next to it is the right word, it’s the same building. He has the space downstairs connected to Broadway Boxing Gym. Me and him have run into each other several times when I was more boxing than doing music. That’s my extended community. It’s not in Inglewood by any means but it’s a place I frequented to get things off my chest. The next day we went to Centinela Park in Inglewood and that was open for everyone. It was short noticed so we could manage it a lot more because if we would have promoted it, there could’ve been more people there than the actual community. It was for the Inglewoodians who were paying attention to what we were doing. We had tacos from Taco Mell, which is a popular black-owned taco spot. It was an incredible day.

HipHopDX: Black Habits is a release through EMPIRE Distribution and Woodworks Records. At one time, the Woodworks Records spot on Manchester for me was one of the coolest things to ever happen to Inglewood in regards to a musical community. What happened to it and will we ever see its return?

D Smoke: Woodworks Records was my spot. Me and SiR were operating that and doing events out of that storefront. It took on the model of the mom and pop shop where we sold on our own music and sold our own merchandise. We put events together that gave local artists opportunities to showcase their talent. Ultimately it was a matter of asking ourselves if we wanted to bring people through this space that isn’t really large enough to house that many people or do we want to branch out and take the movement across the world and whatnot. A lot of things were going digital anyway. I think the physical model was dope for what it was but, it didn’t allow us to reach the masses in a way that we saw ourselves heading. It was a beautiful movement that we created and it informed how we move now. I think it just ran its course and it was a dope part of our experience.