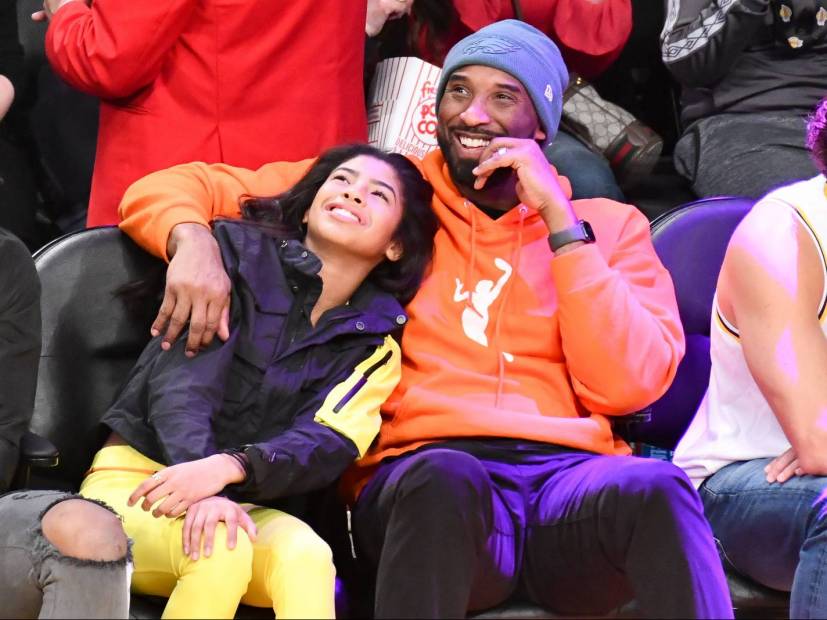 HipHopDX – This week in Hip Hop, retired Los Angeles Lakers great Kobe Bryant and his daughter Gianna tragically lost their lives in a helicopter crash. Also, Young Thug was hospitalized for an unknown reason and Dave Chappelle‘s rep explained why he missed out on accepting his Best Comedy Album award at the 2020 Grammys.

Shocking news broke last Sunday afternoon (January 26) when Kobe Bryant passed away a helicopter crash in Calabasas, California. Later in the day, details emerged as the world learned his 13-year-old daughter Gianna was also on the helicopter with her dad along with seven others.

Bryant was known to ride around the city of Los Angeles in a helicopter to avoid traffic. He was on his way to the Mamba Sports Academy in Thousand Oaks, California where his daughter — an aspiring basketball player — trained.

Hip Hop collectively mourned the loss of the 41-year-old NBA superstar with Pete Rock, Meek Mill and A$AP Rocky among those shaing their thoughts.

Bryant’s death occurred on the same day as the Grammy Awards, prompting host Alicia Keys to pay tribute to the late Lakers star in the team’s home arena, the Staples Center.

On The Big Shaq podcast, Bryant’s Laker teammate and friend Shaquille O’Neal took a moment to express how he was dealing with Bryant’s death.

“I haven’t eaten, I haven’t slept,” Shaq revealed. “I’m looking at all the tapes. I’m sick right now. And I know some idiot’s gonna bring up the relationship me and Kobe had. Our relationship was that of brothers. We’re brothers on this podcast, John, we argue all the time. But in real life, when I see you and your lovely wife, it’s all about respect.”

Bryant’s wife Vanessa eventually spoke out too, asking the public to respect her and her family’s privacy at this time.

Young Thug posted an Instagram photo of himself in the hospital on Thursday (January 30), causing concern among fans. The picture revealed Thugger’s hospital bracelet and an IV tube as well as two metal casts on his left pinky and ring finger.

The reason for the hospital stay is unknown, but the next day, he was out having a good time bowling with Big Sean and Hit-Boy.

Why Dave Chappelle Missed The Grammys

The reason Dave Chappelle didn’t show up to accept his Best Comedy Album award at the 2020 Grammys on Sunday night (January 26) was revealed, clearing up questions after onlookers spotted him in the crowd later that night.

Chappelle’s representative said he was simply running late due to Los Angeles traffic.

“Wish I had a better answer, but it was nothing more than #LATraffic,” the rep noted.

#DXclusives: Jadakiss, Shawn Setaro and The Best Hip Hop Songs Of 2020…so far

#DXCLUSIVE: @Therealkiss announces the release date of his new album🔥

Jadakiss stopped by HipHopDX headquarters in Hollywood and revealed a February 28 release date for Ignatius, his first studio album since 2015.

“The project is beautiful,” Jada told DX. “It’s not like nothing out there. It’s not turn-up; it’s real pain … it’s just real music. It’s real musical. It’s beautiful. You need it. I love how it’s put together sonically. I think my fans, old and new, will be able to really enjoy this body of work.”

Check out what else Jadakiss had to say here.

Complex senior staff writer Shawn Setaro detailed his work on the Infamous: The Tekashi 6ix9ine Story podcast and explained to DX why Angie Martinez was their first choice to narrate it.

“Angie was always the person we envisioned from the process as the voice and narrator,” he said. “We were ecstatic to have her involved. She was the only choice and I’m so glad it worked out. Why she was the only choice? A bunch of reasons. She was unique to the position as someone overwhelmingly respected by people who understand the culture of Hip Hop and New York itself. Among other things, this is a very New York story.”

HipHopDX is putting a spotlight on the best songs of the year, highlighting everything from Billboard chart-friendly jams to essential album cuts on a monthly basis. To kick things off, the staff compiled the Top Hip Hop and R&B Songs from last December to January 28.