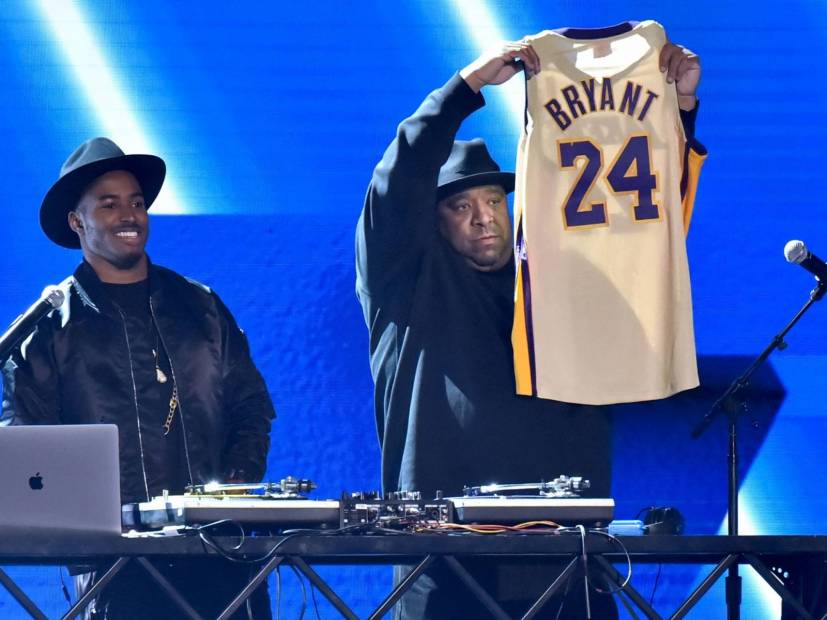 The world is still reeling from the sudden death of retired NBA superstar Kobe Bryant, who was killed in a helicopter crash on Sunday (January 26) alongside his 13-year-old daughter Gianna and the seven other people onboard.

Before Bryant established a relationship with Nike in 2003, he had several signature adidas shoes, including the KB8, KB8 2, KB8 3 and the Kobe 2. Just like Run-DMC, who had a smash hit called “My Adidas” and always rocked the Three Stripes, Bryant rapped and ultimately connected with the pioneering Hip Hop group.

Shortly after Run-DMC’s performance at the 62nd Annual Grammy Awards, held on the same day as Bryant’s death, Rev Run sat down with Yahoo Entertainment and revealed they once hit the studio together.

“Years ago, somebody connected [Run-D.M.C.] to Kobe Bryant, and we were going to make a record together,” he said. “We met at the studio [in L.A.], because Kobe at the time had a relationship with adidas, and we had that big record, ‘My Adidas.’ So we hung out all night and discussed options of how we should make the record.

“He liked to rap, we knew he was a good basketball player that wanted to rap with us, and we had a great night, took pictures. He was excited to meet us, and we were excited to meet him. It was just beautiful hanging with Kobe — and starting to record a record that we never finished.”

While Rev Run is unclear where the recording is, he’s confident it will turn up.

“‘Somebody asked me, ‘Where is the Kobe track?’ I don’t know,” he said. “We were running around, doing things, and maybe it’s in the archives of some studio, or a demo that we made in our house that we was going to give to them to download their vocals. But somebody will find it.”