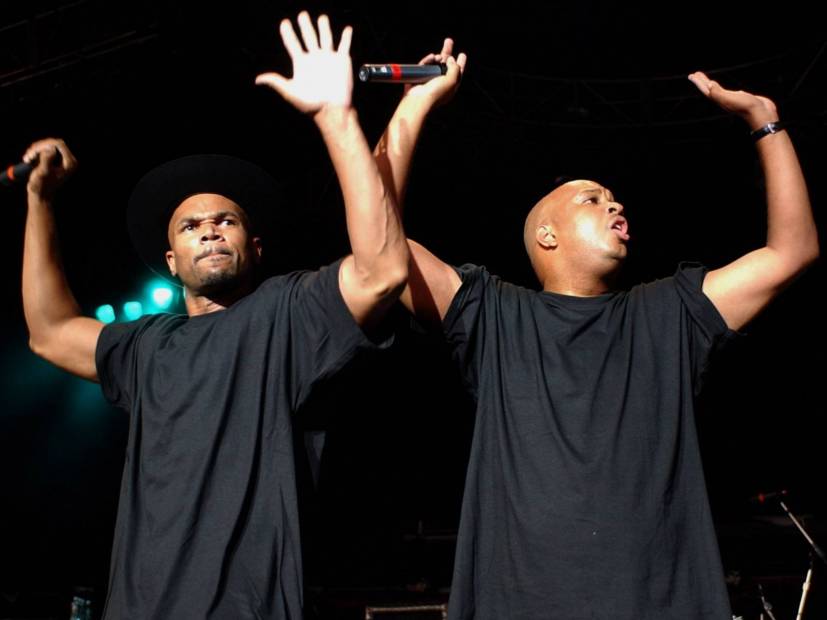 #ThrowbackThursday: Run-DMC & Aerosmith Make History In 1986 With "Walk This Way"

July 4, 1986 – During the recording sessions for Run-DMC’s third album Raising Hell, Def Jam Recordings mastermind Rick Rubin pulled out a copy of Aerosmith’s 1975 magnum opus, Toys In The Attic. Although they had freestyled over snippets of the track before, it was the first time Rev Run and Darryl “DMC” McDaniels had heard the song in full.

Like the seasoned DJ he was, Jam Master Jay heard potential in Rubin’s suggestion to do a remake — even though DMC and Run weren’t initially on board. Not only did they wind up doing the remake, they also recruited Aerosmith’s Steven Tyler, Joe Perry and the rest of the group to collaborate on a the now-classic video.

The visual literally breaks down the barriers between rock and rap, becoming the first Hip Hop hybrid video played on MTV in heavy rotation.

“It’s amazing how a beat I knew only as ‘number 4 from the album with the toys on the cover’ would become a remake of a song that would bring two generations of people and music together and damn near create a new genre of music,” McDaniels tells HipHopDX. “When Steven Tyler takes the mic stand and knocks down the wall separating us, that didn’t just happen in the video — that happened in the world for real!

“The song and the video is such a powerful thing! Unity, creativity and togetherness is unstoppable! ‘Walk This Way’ proves that!”

Run-DMC’s “Walk This Way” remake charted higher on the Billboard Hot 100 than Aerosmith’s original, peaking at No. 4. It also provided a resurgence for Aerosmith’s career and opened them up to a whole new audience.

Revisit (or check out for the first time) the original version below.