Run-DMC To Reunite With Aerosmith For 2020 Grammys Performance 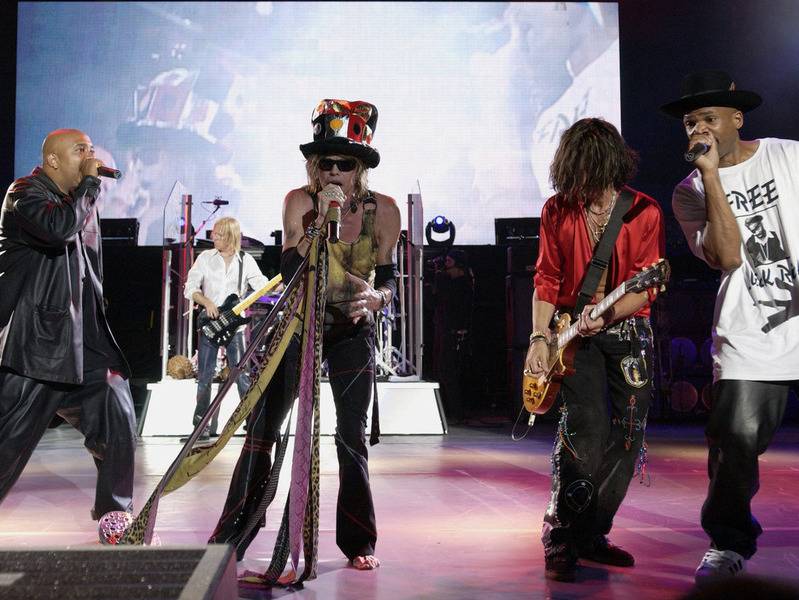 Los Angeles, CA – Run-DMC and Aerosmith will be teaming up once again. According to Variety, the Rock and Roll Hall of Famers are reuniting for a performance at the 2020 Grammy Awards on January 26.

The iconic groups famously collaborated on a remake of Aerosmith’s 1975 single “Walk This Way” for Run-DMC’s 1986 album Raising Hell. The song was not only a crossover hit for Rev. Run, DMC and the late Jam Master Jay but also helped revitalize the careers of Aerosmith.

Run-DMC will reportedly join Steven Tyler, Joe Perry and the rest of their multi-platinum selling band for an Aerosmith medley at the 62nd Annual Grammy Awards. Although nothing has officially been announced, the set presumably includes “Walk This Way” due to Rev. Run and DMC’s participation.

Other performers booked for this year’s Grammys include Lizzo, Billie Eilish, Ariana Grande and Demi Lovato. A duet between Gwen Stefani and Blake Shelton has also been confirmed.

The 2020 Grammy Awards, hosted by Alicia Keys, are scheduled to take place at the Staples Center in Los Angeles on January 26. The ceremony will be broadcast on CBS at 8 p.m. Eastern.