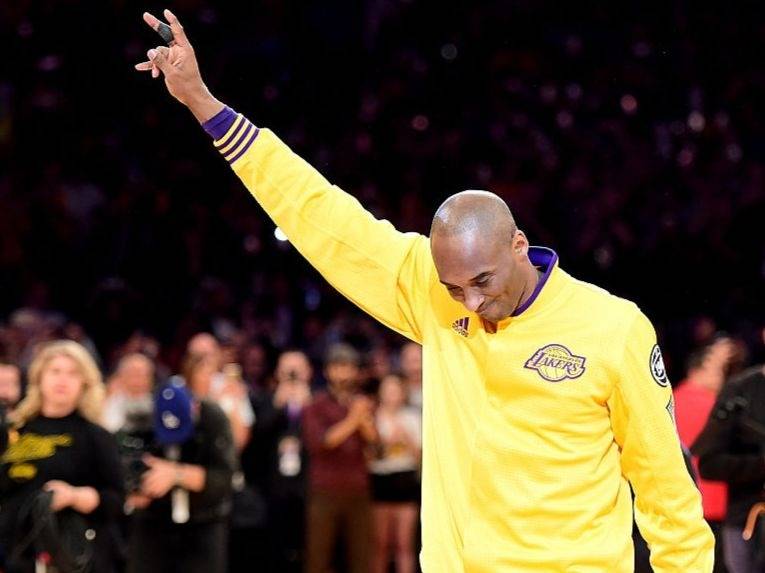 Retired NBA superstar Kobe Bryant was reportedly killed in a helicopter crash in Calabasas, California on Sunday morning (January 26). According to TMZ, everyone onboard the flight was killed.

Although emergency personnel responded as quickly as possible, they were unable to save anyone’s life. Bryant’s wife, Vanessa, was reportedly not one of the passengers on the flight.

Senior NBA Insider Adrian Wojnarowksi confirmed Bryant’s 13-year-old daughter Gianna was one of the passengers who was also killed.

“Sources: Kobe Bryant was on his way to a travel basketball game with his daughter Gianna when the helicopter crashed,” he tweeted. “Those aboard the helicopter also included another player and parent.”

Sources: Kobe Bryant was on his way to a travel basketball game with his daughter Gianna when the helicopter crashed. Those aboard the helicopter also included another player and parent.

Bryant has famously travelled by helicopters for years. He routinely flew from Newport Beach, California to Los Angeles Stapes Center in his Sikorsky S-76 chopper when he played for the L.A. Lakers.

Words can’t express the sadness my family and I feel as fans of this man. The memories of watching him achieve greatness I will never forget. You brought great things to our city. Not just in terms of championships but the humanitarian work and educating kids and creating programs to be a great example to the young people trying to do something in life. I send prayers and condolences to your family. As an LA native i can say that will miss you and love bro ?? legend Kobe Bean Bryant RIP

Throughout his tenured 20-year career with the Lakers, Bryant made 18 All-Star teams. He was a first-round pick in the 1996 draft and won five NBA championships, two NBA Finals MVPs and he was the league MVP in 2008.

Hip Hop has come out in droves to express their sympathy and disbelief via Twitter.

Kobe, We love you brother

We’re praying for your family and appreciate the life you’ve lived and all the inspiration you gave pic.twitter.com/pxbgLOOmpY

My Heart is broken…RIP Kobe. God Bless his family!

…HE was ‘different’. Our discussion not long back was about ‘daughters’ AND transitions. He sought to make a DIFFERENCE. He just got started & he created many paths.. Ive said many times as a young-HE was the most manner able ‘athlete’ I ever met. He was DIFFERENT #RIPKOBE248 pic.twitter.com/hdrxcWWVsj

Unreal. No words. His daughters.

God bless Kobe’s wife and family ❤️
Let’s pls also say a prayer for the others who passed away. What a terrible accident, so sad ??

The tragedy of dying alongside his daughter..this is beyond sad https://t.co/R999ICWdbm

Finna smoke a fat ass jernt for everybody …. fuck man.

R.I.P. Kobe Bryant this is so sad I can’t believe it

Tried to smoke and it don't even taste right to me. Man I feel like a kid who lost his super heroe in real life.

This shit crushed so many kids rn this nigga was some of these Kids MJ!

Everybody hug and appreciate your family and loved ones tonight… Life is soooo precious and not guaranteed… My sincere condolences to the Bryant family.. I can’t fathom their pain..? pic.twitter.com/eL3VGrK2Ql

Legit crying for Kobe. Im not a sports fan but I am an Los Angeles fan and a fan of excellence. Was gonna rest up today but now in the Mamba’s name imma work on the craft. RIP KOBE BRYANT

what the fuck?!?!?!?!?! this might be the most shocked I've ever been at a celeb death. unreal. four daughters….damn man. rest in peace to the legend and positive energy to his family.

This is making my head hurt! Can’t even cope with this

KOBE IS THE FUCKING GOAT I CAN’T BELIEVE THIS ?

REST IN PEACE KING @kobebryant THANK YOU FOR EVERYTHING YOU GAVE US AND SHOWED US. WE LOVE YOU BROTHER. #Mamba4Ever