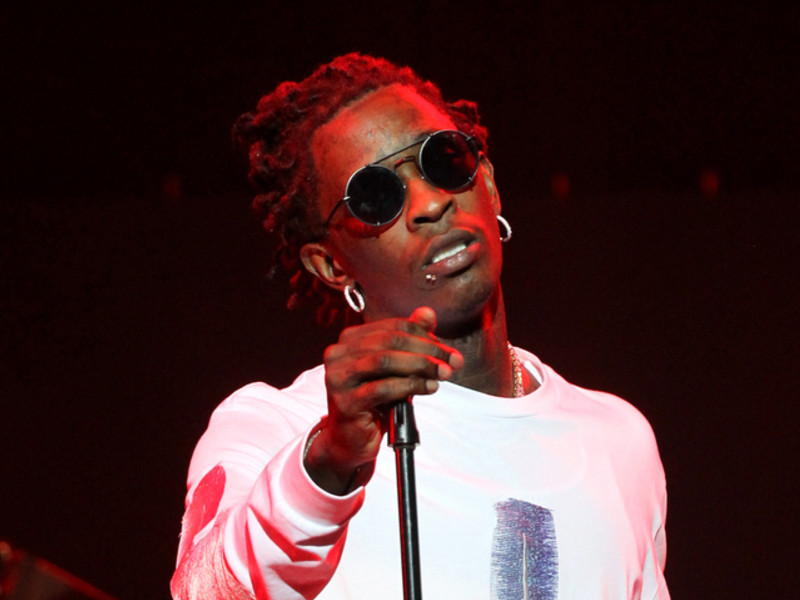 It appears Young Thug is already on the mend following a recent hospitalization.

On Friday (January 31), Big Sean shared a video to his social media account showing himself bowling with Thugger, producer Hit-Boy and several other people.

In the clip, Thugger is smiling, laughing and appearing to have a good time — but he never picks up a bowling bowl.

Thug shared a photo of himself in the hospital on Thursday (January 30) and he had two metal casts on his left pinky and ring fingers, which could explain why he wasn’t bowling.

Much like Thug’s hospitalization and mystery surgery last September, he has yet to elaborate on why he was actually laid up.

Check out the video above.

[This article has been updated. The following was published on January 30, 2020.]

DJ Akademiks posted a photo to his Instagram account on Thursday (January 30) revealing Young Thug is back in the hospital.

In the photo, Thugger has a hospital bracelet on his left wrist with an IV tube attached to him. He also has two metal casts on his left pinky and ring fingers. No further context is provided as to why Thug is laid up.

Pray for #youngthug (and yes I reposted this … IG was tweaking when I had it up before… gotta repost ?‍♂️)

This marks Thug’s second trip to the hospital in less than a year.

Once again, he didn’t explain why he was hospitalized. Rather, he offered a joke that referenced his No. 1 Hot 100 single “So Much Fun.”

Whatever is at the root of Thug’s most recent hospitalization, HipHopDX wishes him a speedy recovery.