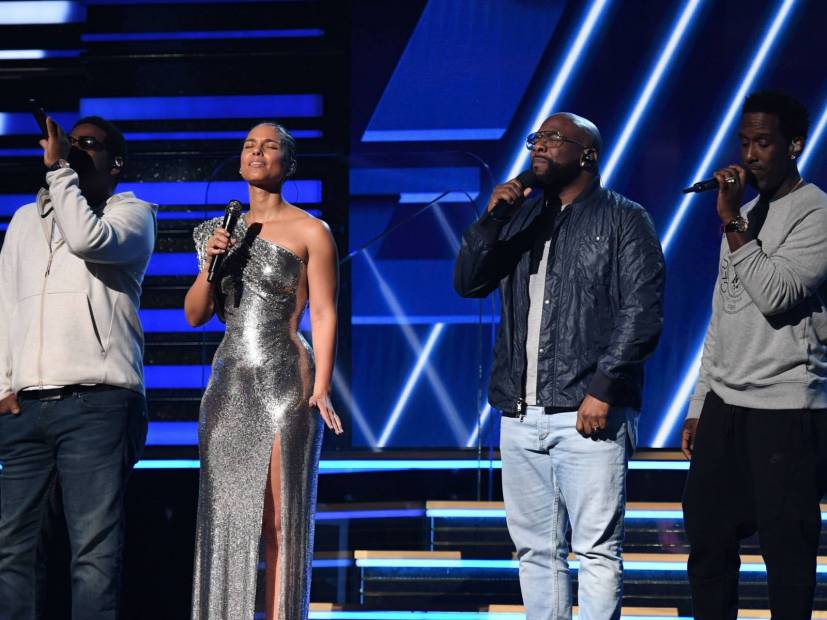 Los Angeles, CA – Kobe Bryant’s #8 and #24 jerseys were illuminated inside the Los Angeles Staples Center as the 2020 Grammy Awards kicked off on Sunday night (January 26). The sadness that permeated the building was hard to ignore considering Bryant helped take the L.A. Lakers to glory inside the famous venue numerous times.

Following an electric opening performance from Lizzo, who dedicated her set to the late NBA superstar, host Alicia Keys took the stage and couldn’t hide her emotions.

“To be honest with you, we’re all feeling crazy sadness right now because earlier today, Los Angeles, America and the whole wide world lost a hero,” she said. “We’re literally standing here heartbroken in the house that Kobe Bryant built. Right now, Kobe and his daughter Gianna and all of those who have been tragically lost today are in our hearts.”

"We're literally standing here, heartbroken, in the house that Kobe Bryant built" – Alicia Keys from the Staples Center, where Bryant's retired 8 and 24 jerseys hang in the rafters #GRAMMYs pic.twitter.com/t5tyXZTULI

In order to pay tribute to Bryant, she started singing an acapella version of the 1991 Boyz II Men hit “It’s So Hard To Say Goodbye To Yesterday.” As she sang, three out of four Boyz II Men members joined her onstage and began to harmonize, providing an emotional moment for the entire crowd and those watching from home.

Bryant was killed in a helicopter crash on Sunday morning in Calabasas, California alongside his 13-year-old daughter Gianna and seven other passengers. He was 41 years old.