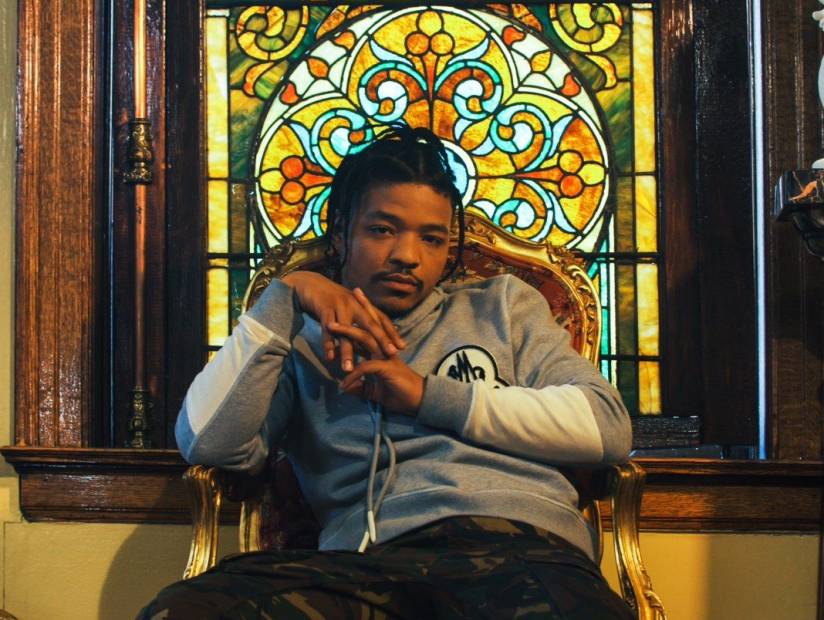 Boldly Chicago: Supa Bwe Discusses How Hurt Everybody Reconciled & Why Cole Bennett Is The Next Rick Rubin

2019 has been a return to the spotlight for Chicago Hip Hop artist Supa Bwe. He’s released three EPs, April’s Just Say Thank You and October’s Jaguar, along with a secret EP that was only available for a limited time. This type of output was necessary for the 30-year-old rapper as he hadn’t released a project for over a year, his last offering being 2017’s Finally Dead.

“I guess I was in a really strange place,” he tells HipHopDX. “I just really had to take a break and get my team in order, get myself in order, get the music in order and figure out where I was going.”

Supa is a notable name in Chicago. He’s a founding member of the popular underground Hip Hop collective Hurt Everybody along with Qari and Mulatto Beats, whose style of hyper-aggressive bangers and genre-bending croonfests gained the trio quite a bit of attention in the mid ‘2010s. However, after releasing their 2K47 mixtape featuring notable acts Mick Jenkins, Twin Peaks, Saba, and Twista, tensions between the three disbanded the group just as they were starting to breakout. After the breakup, Supa says he wasn’t on speaking terms with the guys until Lyrical Lemonade founder Cole Bennett stepped in.

“Cole really rocks with us and wasn’t ok with how the split went down,” he says. “He was the one that got us all together to sit down and talk to each other. We talked and tried our hardest to work it out, but it took a whole nother’ year to really start vibing again.”

Supa hasn’t explained publicly exactly what the dispute within the group was, but did mention a lack of communication and understanding between the group.

By all accounts, those tensions have eased, evidenced by Supa tagging Qari to drop a verse on his tribal rallying cry banger “Look”, one of the singles off Jaguar, whose music video directed by Bennett breached over one million views on YouTube.

He’s particularly proud of this cut and says the only person that could have completed the track was Qari.

“I wanted to share that moment with him,” he says. “I knew this would be something Chicago could be proud of. I knew this would galvanize the city and people would be like, ‘damn these guys are back and working together.’ I think it will inspire other Chicago kids and artists to get into music. It helps the city come together.”

Supa is brash about his love for Chicago. He puts on for his city to a level that would make Chance The Rapper and Kanye West proud. When he discusses the Windy City, a fire burns through him. He’ll highlight Tatiana Hazel’s diverse skill set as a singer, dancer, and fashion designer or how Common is a rapper, actor, and activist. He believes it’s just how Chi-Town rolls, a place for chameleons not bound to one art form.

November 23rd, Chicago. FREE & All ages! 🧡💛 I do these for the people, RSVP before space runs out!

Even talking about himself, he believes roles don’t define him. A self-proclaimed “real musician” Supa sings, raps, produces and mixes his own work. He also dabbles in activism of his own giving back to his city’s culture. Every once in awhile Supa will throw free shows where he gets staples of Chicago’s growing Hip Hop scene to perform. He’s also not shy about helping younger artists navigate the pitfalls of the industry. He believes in these creatives and that’s why he helps put them on.

“This is a good generation for Chicago,” He proclaims. “This is the generation that’s going to put us on the map. Not just the artists, but the people in the culture in general.”

When referring to people in the culture, he’s shining a light on one man, the aforementioned Cole Bennett, or referred to by Supa as a “fucking invincible ass forefront”. Bennett has built his once small blog and music video shooting business into a powerhouse, working with some of the biggest names in rap and even throwing his own annual music festival Summer Smash. The impact of Lyrical Lemonade isn’t lost on Supa.

Watching Bennett’s rise has been inspiring to Supa. He recalls when Bennett would throw a show and only 30 people would show up, now a ticket to a Lyrical Lemonade presented-event is one of the hottest in the city. But Supa doesn’t think Bennett’s success has gone to his head. He believes Bennett represents a good change in the culture.

“He’s using money to spread happiness. He’s spreading blessings and not worried about collecting and that shit is real as hell. You rarely see examples of white men getting into Hip Hop and doing something positive. That’s not really part of the program. But with Cole, he gets it. He’s defying norms and really fortifying a change in the culture.”

Supa’s next moves are to be determined. But that doesn’t mean he’s slowing down. He’s planning a comeback tape with Hurt Everybody now that they’re all cool with each other again but wants to make sure it’s well-executed.

As for his solo career, he’s busy finishing up his next LP No Thanks, a project that he says has quite a bit of material ready to go but he’s holding off on because he wants to be in the right studio space to make it come to life. For him, albums are more of a statement. They aren’t like EPs or mixtapes — they define an artist.

“It’s your legacy. It’s forever. This is my fucking thesis.”