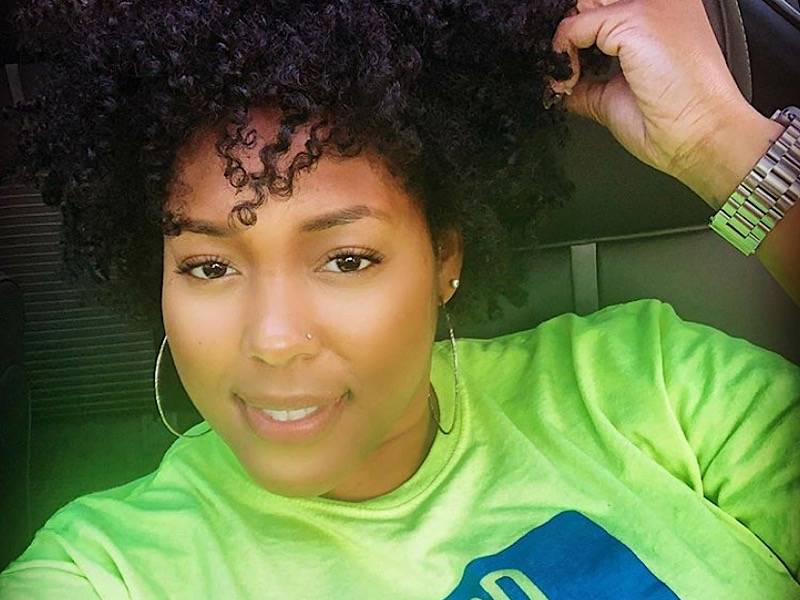 Atlanta, GA – The debut Shady Records LP by the starting line-up of Griselda brought with it a few next-level features by Eminem and 50 Cent. However, it also shone the spotlight on a few frequent collaborators closer to the inner circle.

The most (seemingly) obscure name on the tracklist though was singer Tiona Deniece, whose angelic voice can be heard crooning on the short and sweet “Kennedy” alongside Westside Gunn.

The singer-songwriter, sneaker connoisseur, philanthropist and Buffalo native lived in NYC for years before moving to her current home of Atlanta. It was here that she says she reconnected with WSG, with whom she went to grammar school in Buffalo.

“We reconnected in Atlanta through a mutual friend,” Deniece tells HipHopDX — adding that it’s not the first collaboration she’s had with the Griselda Capo.

Looking back on her journey, she reflects on how she realized that she wanted to pursue singing.

“I always say that I came out of the womb singing because I can’t remember a time where music wasn’t in my life,” she notes humbly. “I grew up singing in my church choir … in middle and high school (The Park School of Buffalo), I sang in various musicals and had solo performances for various school events.

“One summer, I performed with Studio Arena’s ‘Big River’ (the story of Huckleberry Finn), and I realized that all I wanted to do was be a performer.”

Interestingly, her magnetic personality has pushed her into a niche market outside of music. But, it’s still something near and dear to her heart: sneakers.

“I currently work with WNBA Kicks as a brand ambassador, and I host their IGTV series ‘Test Run,’ where I interview players and sports professionals about sneakers and their collections,” she explains. “I also work with various brands to push forward women in sneaker culture.”

⠀ ⠀ We’ve heard your request and we’re excited to bring you our #WNBAKicks IGTV original series “???? ???”. Here’s your chance to go beyond the talent and get up close and personal with your favorite athletes, sports professionals and even fans new pick-ups and customs, hosted by our very own @tiona_deniece. Our first guest is Atlanta Dream’s own ???????? ?????. It’s time to put your your sneaker game to the test. ??????? ?? ???? ???❗️ ⠀ Athlete : @brittbundlez ⠀ Team: @atlantadream ⠀ Custom ?: @worldofs.a.m ⠀ Host: @tiona_deniece ⠀ ?????????? ????: ⠀ Director of Photography: @cedricyoungmedia Producer: @mxlanii Production coordinator: @iambriajanelle Editor: @freealexander

To add to the seemingly large number of hats she currently dons, she finds time to work with organizations like Girls Inc. to mentor and do workshops with young girls, on top of also hosting her IGTV sneaker series She Likes To Kick It.

All this, obviously, does little to diminish the focus on her first love. “I perform, when and where I can,” she says.

Deniece notes that she currently travels across the country, speaking on panels and working with companies to increase visibility for women in the sneaker world. She reveals that there are a host of exciting items coming into play in the New Year, though she’s not at liberty to let the cat out of the bag just yet.

She does tease that a goal of hers is to have a sneaker collab with a major brand.

“For 2020, I plan on working on some new music, continuing to travel doing panels and — of course — growing my sneaker collection,” she states.