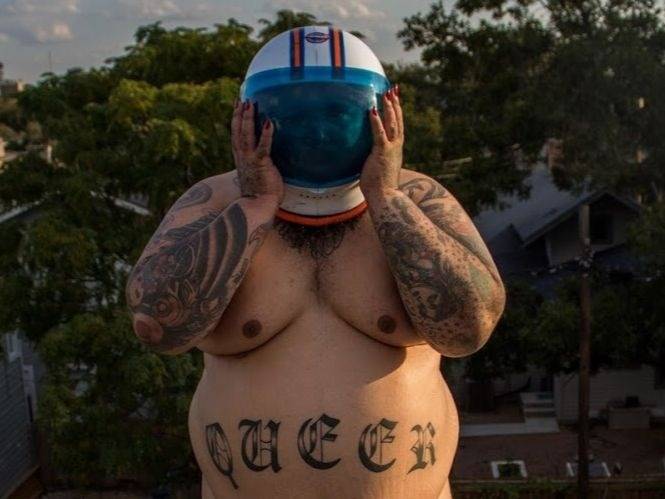 Fake Four Inc. affiliate and the self-described “unabashedly queer” Chris Conde has returned with his new Conde Digital EP. As the title suggests, the project is dedicated to RZA who Conde recently met backstage at the Majestic & Empire Theatre in San Antonio, Texas.

During their encounter, the Wu-Tang Clan vet asked the Conde to drop eight bars — and he happily obliged.

“After that, I asked him to dub me Conde Digital,” Conde tells HipHopDX. “He smiled, laughed and seemed stoked that I was referencing his alias Bobby Digital, so he tapped both my shoulders with his fists and was like, ‘I dub you Conde Digital.’

“As I was leaving the dressing room, he shouted to me, ‘You better use that name ’cause I’ll be looking for it.’ I got the tiniest video before they told me I couldn’t shoot video [laughs].”

So I wasn’t supposed to be filming so security put the kibosh on the video but what just happened here is that I told @rza I was a rapper and he told me to spit 8 bars and then he dubbed me Conde Digital. So. There ya go. WTF is my life #condedigital #bobbydigital #rza #wutangclan

Produced entirely by Chris “KDeath” Martinez of Moodie Black, Conde Digital is another step toward Conde’s own self-discovery and healing.

After overcoming drug addiction and wrestling with his own internalized homophobia, Conde continues further down the same path of f self-reflection, exploring his personal struggles with depression, finances, romantic relationships and fear of acceptance.

“Being sober for over five years now, it’s easy to tell myself I shouldn’t struggle with this or that,” Conde said in a press release. “I realized how dangerous that was, so instead of beating myself up over those things, I brought all of the stuff I felt shame about into the light by turning them into songs.”

Conde Digital is exclusively available through Fake Four’s Bandcamp for now but will be available via all streaming platforms in January.