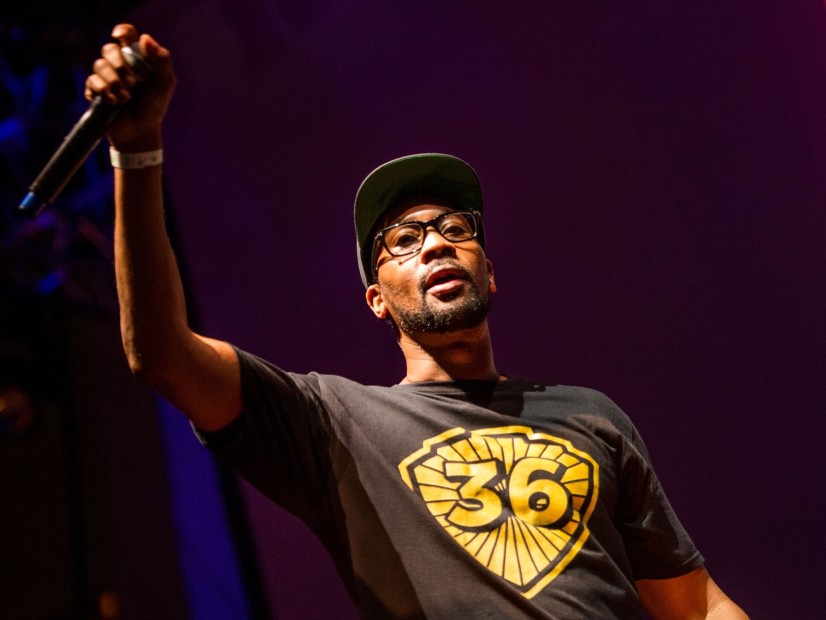 The announcement came with a photo of video game controllers in the shape of the Wu-Tang “W” and a copy of PlayStation’s Wu Tang: Shaolin Style, which was released in 1999. While it’s unclear who actually made the declaration, at least one member of the legendary Hip Hop crew is down.

Gamming is now one of the elements of Hip Hop. That's right you heard it here first. #WuTang pic.twitter.com/Mxbm7u9KPE

As RZA was on his way to San Diego for Comic Con last month to promote his upcoming film Cut Throat City, he spoke to HipHopDX about the tweet and revealed he’s 100 percent into the idea. But first, he offered up a little anecdote.

“I gotta co-sign it ’cause I been … you know why I gotta co-sign that? Let me just give you a small, quick story,” he said. “During the process of recording two iconic Wu-Tang albums — Cuban Linx and Liquid Swords — PlayStation had video game that was a 3DO version of Samurai Showdown. It had to at least take up six hours every day in the studio. At the time, we wasn’t vegan so it was video games, chess, turkey burgers and music.

“You could go to any Hip Hop studio — and I mean I’ve been to many studios with many of my peers — and video game systems are set up. You get on the tour bus, EA Sports is happenin’.”

Wu Tang: Shaolin Style is a four-player game focused on the kung-fu style of fighting. Each player advances through a series of challenges called the 36 Chambers, a reference to the Staten Island group’s seminal album, 1993’s Enter The Wu-Tang (36 Chambers).

The group is also preparing to perform four dates at the iconic Sydney Opera House in December, marking the first time in Wu-Tang’s nearly 30-year career they’ve played Australia together.

“I’ve been to Sydney a few times and that building always stands out,” RZA says. “It’s such a structure, it’s such a great piece of architecture and now I’m gonna not just go there to watch something, I’m gonna be inside there showing my art. Me and my Wu-Tang brothers and to me that’s a real crowning achievement for me.”