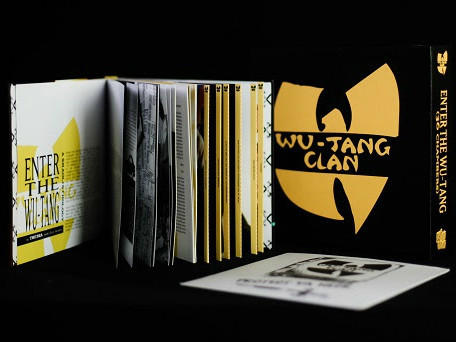 Hip Hop fans will be treated to a wide variety of collectible items this Holiday season and among them is a vinyl reissue of the Wu-Tang Clan’s Enter the Wu-Tang (36 Chambers).

Get on Down is the company partnering with RZA to grace fans with the special edition 7-inch vinyl set, which comes with six discs and a bonus vinyl for “Protect Ya Neck” and “Tearz.” The Staten Island group’s 1993 debut album is packaged in a leatherette slipcase housing a hardcover booklet that holds the vinyls. Also included is a 56-page book called The Shaolinthology featuring lyrics, notes from RZA and exclusive interview content.

The collector’s set is available for pre-order now at Get on Down for the price of $84.98. The first 1,000 orders are scheduled to ship early December.

A preview of Enter the Wu-Tang (36 Chambers) special edition vinyl is below along with the tracklist:

1A: Bring Da Ruckus
1B: Shame On A Nigga

3A: Can It All Be So Simple / Intermission
3B: Da Mystery Of Chessboxin’

5A: Method Man
5B: Protect Ya Neck

7A: Protect Ya Neck (Bloody Version)
7B: Tearz [aka After The Laughter Comes Tears]