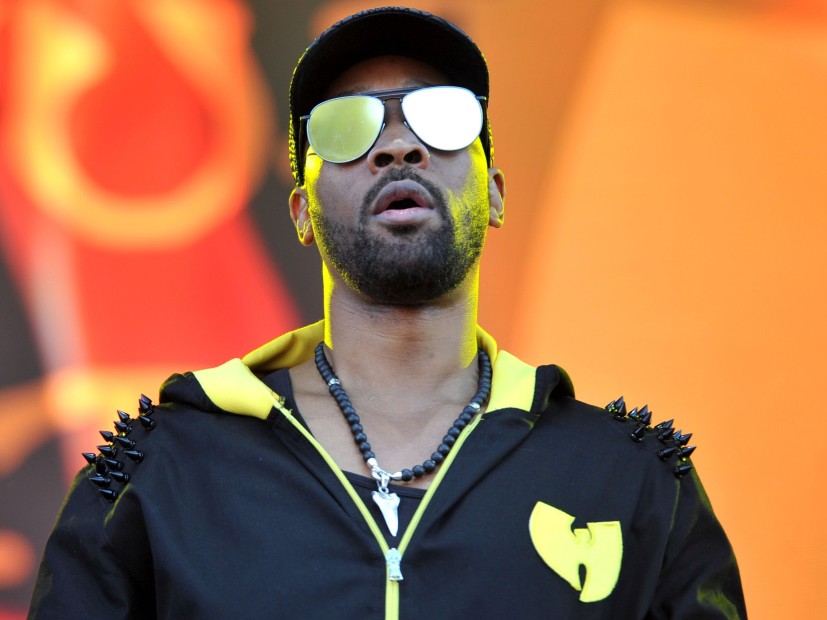 RZA was on his way to Comic-Con 2018 in San Diego when he picked up the phone. The Wu-Tang Clan mastermind and production guru was scheduled to appear on a panel to discuss his upcoming film, Cut Throat City, which he directed.

It wasn’t difficult for RZA to imagine himself in their shoes. He drew comparisons to his life growing up in Staten Island, New York.

“I felt like what these four guys was going through was similar to what we go through in my neighborhood,” he tells HipHopDX. “Just being men who, based on environment and unfortunate conditions, sometimes is pushed to do acts of desperation.

“There’s so many young men in the penal system or in a pine box underneath the ground that could’ve been great artists, or great musicians, or professors, doctors or anything they wanted to be, but situations and conditions and environments forces them to take the wrong path. This story was touching on that, and I wanted to help bring it to the screen and I had the ability to do it and the writer trusted me to play with the draft and turn it into my own thing, and here we are. ”

It’s been a long journey for RZA. Wu-Tang rose to prominence in the early ’90s and has since become one of the most recognizable names in Hip Hop. Nearly 30 years later, the various members of the group — RZA, GZA, Method Man, Raekwon, Ghostface Killah, Inspectah Deck, U-God, Masta Killa and Cappadonna — are still spitting out albums and touring the world.

As a collective, they just dropped their Wu Tang: The Saga Continues compilation last October. Most groups, especially those as large as Wu-Tang, don’t stick around so long, but RZA believes it’s the universal themes in their music that keep reeling in new fans.

RZA continues, “It also solidly resonates as an adult because some of the themes still work. You know you think, ‘Can it all be so simple?’ You know you get older, you look back when things were simpler, you realize that after the laughter’s dead, tears do come, you know?

“You know you gotta protect your neck, but you also wanna party on some Method Man you know? You wanna bring the ruckus, you know what I mean? All those ideas — I think, cash rules everything’s around me — that may never run out [laughs].”

While reflecting on Wu-Tang’s longevity, something GZA pointed out during a show in London stuck with RZA and left him with an overwhelming sense of gratitude. As they were looking out at the audience, The Genius mentioned that Wu-Tang’s seminal album — 1993’s Enter The Wu-Tang (36 Chambers) — was released before some of their fans were even born.

“I’m finding as we’re doing these shows, like GZA pointed out, he was like, ‘There’s 19-year-olds in the crowd and our album is older than some of them,” he says. “Our music is older than some of these kids and they were sitting there yelling the lyrics, bringing the ruckus, making mosh pits and feeling that energy. It’s a blessing.” [apple_news_ad type=”any”]