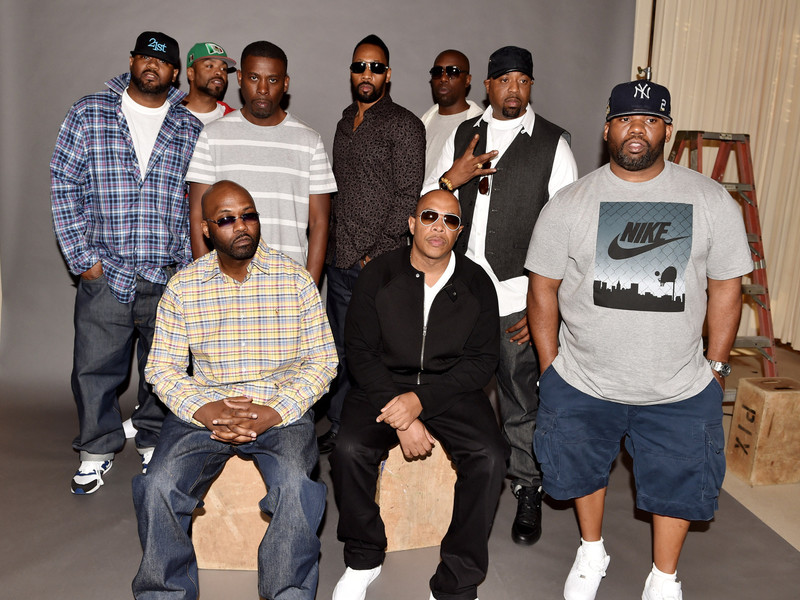 Longtime Wu-Tang Clan DJ and producer Mathematics has spearheaded a compilation titled Wu-Tang: The Saga Continues. While it’s not technically a new album from the group, but it’s the next best thing.

The project is best compared to Chamber Music and Legendary Weapons, two albums with the Wu-Tang branding that featured much of the group as well as contributors from outside the family tree.

Wu-Tang: The Saga Continues includes contributions by every member except for U-God. Affiliates Killah Priest and Streetlife also make appearances on the LP.

Two tracks are billed as Wu-Tang Clan songs — the Redman-assisted “People Say” (featuring Method Man, Raekwon, Inspectah Deck and Masta Killa) and “If What You Say Is True” (featuring Cappadonna, Masta Killa, Streetlife, GZA and some audio from the late Ol’ Dirty Bastard).

View the stream, cover art and tracklist for Wu-Tang: The Saga Continues below.

(The original version of this article was published on September 24, 2017 and can be found below.)

Fans will be reminded that Wu-Tang’s forever next month. RZA announced an October 13 release for the groundbreaking group’s new compilation album, Wu-Tang: The Saga Continues, which he recently called a “masterpiece.”

The official cover art and tracklist were also unveiled, giving Hip Hop heads a clearer picture of what to expect on the LP. The project is another compilation LP in the same vein as 2009’s Chamber Music and 2011’s Legendary Weapons.

Only two tracks are credited to the Wu-Tang Clan with the rest featuring at least one member of the group. Longtime affiliates Killah Priest and Streetlife are among the contributors. Redman, Chris Rivers and the late Sean Price are some of the non-Wu guests appearing on the LP.

Check out the cover art and tracklist for Wu-Tang: The Saga Continues below.