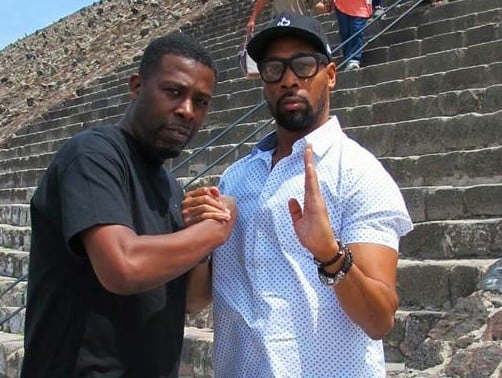 Earlier this week, it was announced that Kendrick Lamar would become the first Hip Hop artist to receive a Pulitzer Prize for his much-heralded album DAMN. In a recent interview, founder of the iconic Wu-Tang Clan, RZA, shared his congratulations — and excitement that the culture was finally being recognized by such a high-minded institution.

“I’m glad that in today’s society Kendrick Lamar, who has got to be considered one of the best and most poignant lyricists out there, can win that prize,” RZA said in a conversation with TimeOut Miami. According to The Abbott, he’s always felt writing in itself was a large component, and that many classics in the pantheon of Hip Hop have been deserving of the same honor.

“When I go back and see some of the lyrics that GZA wrote on Liquid Swords, and Beneath the Surface, some of the writing he did was well-deserving,” he says. “Take a song like ‘Fame,’ where every verse and every line is somebody’s name. Everything he did to me was at a genius level of writing.”

“A lot of [classic] albums may have been overlooked because hip-hop wasn’t looked upon [as a valid artform],” he continued. “I’m so proud of Kendrick, and I think it’s great. I’m glad that they finally turned their eyes over to us.”

Released in 1995, GZA’s Liquid Swords has gone on to earn the distinction of not only being one of the best Wu-Tang Clan album of all time but one of the best rap albums period. Its successor, Beneath the Surface topped the Billboard US Top R&B/Hip-Hop Album Charts upon its release in 1999.

Elsewhere in the interview, RZA shared a message for Jeff Sessions, who — according to the US Department of Justice — has the final word on the ultimate fate of the one-of-a-kind Once Upon a Time in Shaolin album: “Wu-Tang Clan ain’t nothing to fuck with. And I’ll leave it like that.”