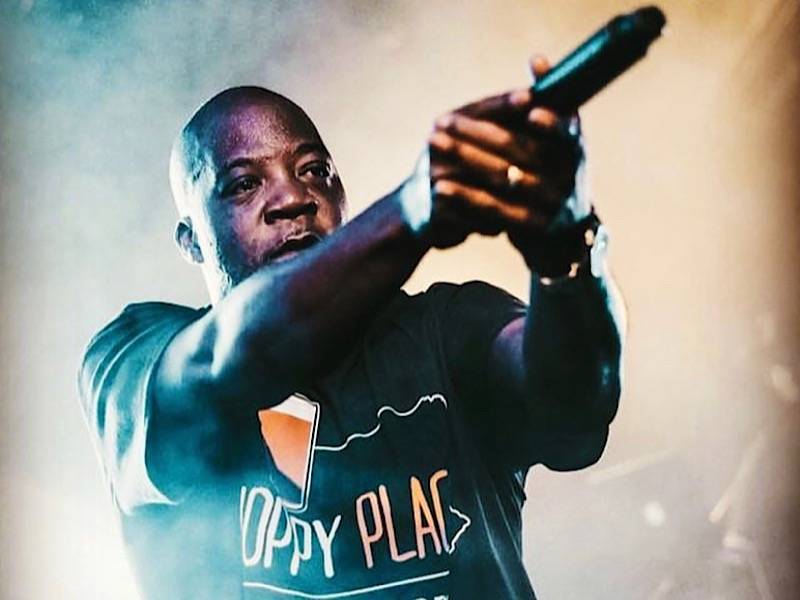 New York, NY – Few groups have managed to endure two decades of an ever-evolving industry without compromise quite like M.O.P. — who seem to have kept the same energy throughout it all.

Having become synonymous with hard-as-nails street-hop and earning an extremely loyal core following, the duo of Lil Fame and Billy Danze tasted significant mainstream success following the release of their fourth LP Warriorz, which contained their now culturally embedded stick-up anthem “Ante Up.”

This year marked 25 years for the group — and next will mark 20 years removed from their pop culture climax. Fans from both before and after their iconic single can revel in the fact that the Mashed Out Posse is far from finished writing their story.

Though their last project as a group was 2014’s Street Certified EP, they have been working on solo material. But, as Billy Danze tells HipHopDX, nobody should get their status twisted.

His latest 13-song release The Bakers Dozen — a follow up to March’s 6 Pack — is anything but conventional.

Though it’s easy to classify as an LP, by sheer virtue of the length and depth of the project, Billy clarifies this is (like the six-song release before it) a single.

“The full project is called The Billy Danze Project,” he reveals. “I’ve been in the music industry for a long time, so I still want to do some things traditionally … but I want to think out of the box. Typically, you have the first single, the second single and then the project.

“So, 6 Pack was my first single … it’s a six-part single. This second single is 13 parts,” he explains. “I owe the people a lot of music. I got to make sure I provide my people what they need. They need good music. It’s why I’m here.”

Billy expresses a noticeable excitement that longtime fans will get more of him as a person with his solo material.

He points to the group’s image as an obstacle in terms of letting fans deeper into his full spectrum.

“People always had this thought that [M.O.P.] were just wild animals, right?” notes. “Like we are these hyenas like we’re not human. We don’t have emotions.”

As the voice of those who grew up — as Billy puts it — in harm’s way, he not only gives fans what they expect on his new singles but also much needed growth they didn’t realize they were missing.

There is a sense of elder statesmanship that permeates at points, though he admits that maintaining the balance is not that difficult, as he is merely just being himself across his catalog.

“I’m not portraying anything,” he says. “I’m glad that people are receptive of my new music because they get to see who I am, as opposed to typecasting me as being somebody whose just yelling on the record all the time.”

When asked about the shift in approach when he rocks alone, he says that the lack of wall-to-wall M.O.P. energy is to be expected.

“To sustain that energy that I had to sustain throughout the 20 years of my career, it’s doable if I’m doing every record with my partner,” he says with a laugh. “Now I have to do this entire project by myself, lyrically.

“I write for performance,” he says, likening the writing process to the role of a director. “I may fall out trying to do what I’ve done over the past two decades by myself.”

The 1st 8: “ Yellow Manila folders filled with sensimilla, those with stripes of a soldier could commandeer it, From dead broke to shinning in the same year, Showboaters and grinders on the same tier. Silver BBS’s on the blue Jag, But the Dayton’s on the Caddy with a cool Rag, Pierre Cardin wear ( YEAH) Major swag, and a MAC 11 for laser rag.. ( PULL UP). “What It Was” #thebakersdozen #hiphop #hardbody #wegotitall #mop #hoodfellas #realrap #brooklyn

2019 has proven to be an amazingly generous year for iconic acts, with names like Black Moon and Gang Starr releasing brand new projects; Billy assures us that new music and shows are on the horizon for M.O.P., and doesn’t rule out ideas like documentaries as potential legacy pieces.

However, as they’ve always done in the past, he says it would have to be their way.

“Everybody is doing these documentaries and things like that, that’s something that we could do — we don’t do what other people do … we don’t make music that way,” he reiterates. “We don’t perform that way. We don’t market ourselves that way.”

Having been — at various points — part of the game’s most influential labels, from Loud Records to Roc-A-Fella and G-Unit, they’ve seen (and remained consistent) throughout many noticeable shifts. It’s this experience that helped Billy pen “This Thing Of Ours,” one of the tracks he hopes will generate the most conversation on his latest release.

He points to how the genre has segregated itself, and how holding each other back actually stops participants within the culture from growing.

Protecting the genre (as an asset) — one that came from within urban communities and grew to become a multi-billion-dollar industry — is something he says needs to be done at all costs, becoming more audibly impassioned as he makes his case.

Stumbled on this footage of M.O.P. pulling up on a bootlegger in Brownsville. pic.twitter.com/HH46Vv0OTy

As part of a duo that was known to pull-up on bootleggers in its heyday, he remains remarkably open-minded. Especially in the face of a new generation obsessed with an almost daunting brand of similarity — often finding itself duped by false authenticity.

Though he may not be the biggest fan of all the faces of the new generation, he is a fan of people who come nothing making positive life choices rather than “putting themselves in harm’s way.” In short, those who Hip Hop gives the same opportunity it once gave two young men from Brownsville.

Steam Billy Danze’s The Baker’s Dozen below. Keep up his movements via his Instagram.