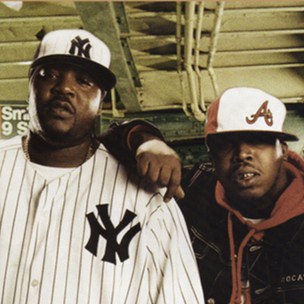 As M.O.P. embarked upon its career in the 1990s, Billy Danze and Lil’ Fame noticed a business trend.

“We felt labels would come and go,” Billy Danze says during an exclusive interview with HipHopDX. “We couldn’t control their schedules or how they would promote our music, but we could guarantee that our fans are going to get a good performance.”

Now, 21 years after the release of its debut album, 1994’s To The Death, M.O.P. is in the midst of its “Street Certified Tour.” Named after the Brooklyn, New York duo’s 2014 EP, the tour marks one of the group’s major jaunts in the United States.

“We toured in Europe for a lot of years,” Billy Danze says, “but we felt it was time to give our US fans some of that M.O.P. energy.”

M.O.P.’s energy got a jolt in 1996 when DJ Premier began working the Billy Danze and Lil’ Fame, producing a number of songs on the pair’s 1996 album, Firing Squad.

M.O.P. and DJ Premier have worked together since then and the revered producer executive-produced Street Certified. Billy Danze says DJ Premier plays an important role with the duo.

“Premier’s production ability makes sure that we stay consistent,” Billy Danze says. “Even when he doesn’t make the beat, his input is important.”

Now, more than two decades into a career that has helped define hardcore New York Rap, Lil’ Fame says that M.O.P. has  established its legacy.

The full “Street Certified Tour” itinerary is as follows: