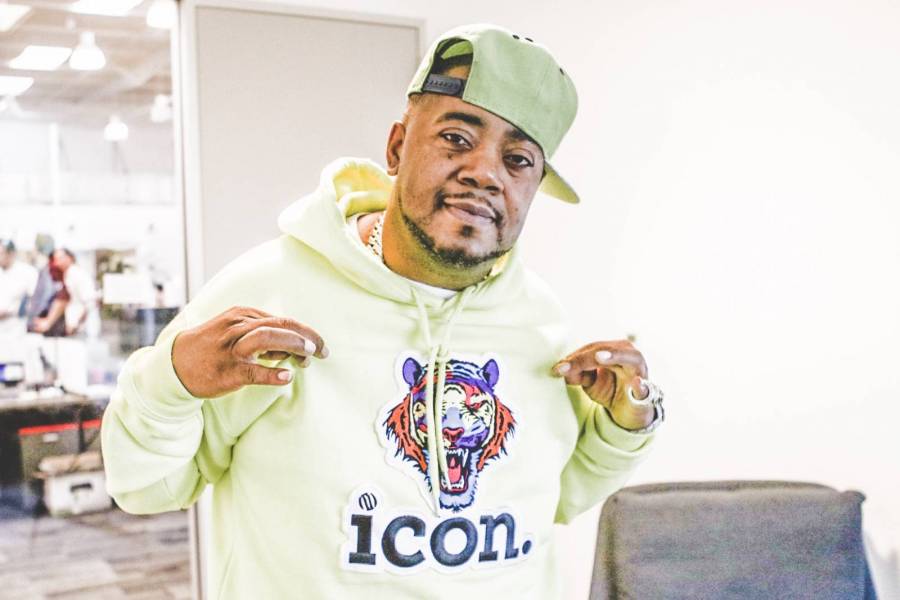 When it comes to OG’s of the Chicago rap scene, Twista is a name that needs to be brought up. Though father time is undefeated, the Kamikaze rapper has been in the game for more than 25 years and 2019 shows his refusal to let up.

In June, he dropped his Summer 96 project and even appeared on the Chicago version of Rhythm + Flow, where he joined Chance the Rapper and Royce Da 5’9 in search of the next big thing in Hip Hop.

We sat down with Twista at the Red Bull Studios to talk about working with Kanye West, the key to the long life-span of his career, what he looks for when analyzing new talent and an upcoming collaboration with a Cleveland rap legend.

HipHopDX: When I was starting to get into Hip Hop, I remember the time during Kamikaze when you were working with Kanye as a producer. What was it like working with him and seeing what he was like before turning into the artist he is today in terms of his musical knowledge?

Twista: It was fun, just being around him and seeing the process of somebody else grow. I’ve been around a lot of artists from the beginning of their time and watching the process of them getting to where they are. The dope thing is seeing that same confidence he has now as when he was doing his thing back then as a shorty. That’s what a lot of people don’t understand, is that he was just as confident back then with his music. He just took it to another level. He was always creative: music, sounds, vibrations, what he wanted to use and do, you could always tell it was something different than the norm.

HipHopDX: You released your first project Runnin’ Off at da Mouth back in ’92, and you just released the Summer ’96 project. That’s 27 years in between projects. I’m only 25. Your rap career has been existing longer than I’ve been alive. What’s it like to take a step back and look at your career, and what do you attribute to your success?

Twista: Just looking back at it and to see how far I came and then still see that I love doing what I’m doing, that’s the dope within itself. I think that the longevity stems from anybody doing something they love doing. If you’re doing what you love doing for a living, then it doesn’t feel as much as like work. Sometimes, but not as much. So, if you love doing it, you’ll be around forever doing it. That’s what I attribute my longevity to.

HipHopDX: I assume there’s no signs of stopping anytime soon.

Twista: Nah. I don’t think people should even think that way in terms of Hip Hop music because I think that’s a stereotype or stigma put on young males, especially black males. Rap, for some reason, makes people think ‘killed’ or ‘retire early.’ But when you think of R&B or other genres, you think of old people. You think of James Brown. That’s the vibe I want to create with rap music and that it’s not something that young kids do or you’re life may end early, it’s not always like that. I want to be like James Brown in this shit, as long as I can spit a bar out of my mouth or get something out.

HipHopDX: Knowing that you’ve had such an illustrious career, you’ve seen a lot of people coming up as well. I recently saw the episode of Rhythm + Flow that you were in. What are some things you look for when analyzing or critiquing somebody’s talent?

Twista: It’s a lot of things. But one thing is where people are looking when they are performing. I don’t think people think that’s important, but I’m always watching for eye contact. Some people look down at the stage because they’re shy. Others look at the homie on stage and won’t look at you. I’m always looking at where you decide to look as a performer.

HipHopDX: Going back to the critiquing part, I also saw your Genius episode of “The Cosign.” When it comes to technicality of delivering fast flows, what do you look for?

Twista: Very good pronunciation, choice of words, cadences, everything. One of the big things with fast rappers, because they know they have to make the rhyme fast, they put more into the rhythm and cadence and it takes away from what they are actually saying with the lyrics and metaphors. Then they sit up and end up saying dumb shit just trying to make the pattern go. You’ve got to be able to take what you do as an MC and lyricist with the wordplay and metaphors and still combine it with cadence rhythm, timing and flow.

HipHopDX: What about the Chicago rap scene today? Is there anybody in particular that you’re messing with right now?

Twista: I love all of the new Chicago artists that are coming out. This one guy named Supa Bwe, he’s dope. I mess with him a lot. But I’m into everybody. Everybody knows Chance, but I’m into his brother Taylor Bennett. Also, my guy from the west side of Chicago, Saba. He kills it. There’s Ty Money also. He’s actually one that I would consider top 10 lyricists in Chicago right now. But there’s a lot of them.

HipHopDX: So I actually visited Chicago for the first time this past summer and could clearly see the influence of Hip Hop in the city. What were some of your musical influences out there growing up?

Twista: Early on, Chicago was a big house music scene. You’ve also got the blues scene, with artists like Buddy Guy. In Hip Hop though, it was mostly because of two stations on the south side: WNUR and WHPK. These were both college stations and they played a bunch of Hip Hop music. They had all of the guys from the south side rapping, and me being from the west side, it hadn’t spread that far yet. So I’m listening to this station, and I’m like ‘Wow,’ and that was the early introduction for me to Hip Hop. That really gave me a head start once rap really started to catch the wave in Chicago.

HipHopDX: That’s dope. I also saw you post something on Instagram about a project with Krayzie Bone in the works. Is that still coming?

Twista: Yeah, we’re still in the works. He’s mingling and moving around doing a bunch of things and the same with me. But we keep in contact because we got plans. We actually got the title for the project and everything. It’s going down.

HipHopDX: You said he moves around a lot. How does that work when an artist in say the East Coast wants to work with somebody in the West Coast, but they’re too busy. Do you usually just send them the beat to work on?

Twista: We do it so much that some of the things that usually were missed organically are still captured. Like these days, you can send somebody an email or have a quick five minute chat on the phone to get the concept of the song. You can still get some form of organic concept to what you’re doing. And technology today, you can get on Skype or something, we can see each other and make a song in the studio without being with each other, but still actually vibe with each other. That’s dope too.

HipHopDX: That’s 2019 for you. Is there anything we didn’t go over that you wanted to touch on?

HipHopDX: Since we’re on that note, before we go, what are some things you want people to get from listening to that album?

Twista: This is where real rap comes from. That’s the vibe. I want to take them back to the original sound and vibe in a way where it’s still respected and looked at as something that can be listened to today. I don’t want it to sound old even though it’s called Summer 96. This is where it comes from, but this is also where I’m at today.

HipHopDX: Yeah, I saw a lot of Do or Die features as well. You’ve been working with them extensively right?

Twista: Yeah, I see them a lot. We do a lot of shows together and we got good chemistry in the studio when we make music.

HipHopDX: Speaking of shows, when’s the last time you’ve been on tour with them?

Twista: We do a lot of spot dates but one of the recent tours we had was called “Class of 96” with me, Do or Die, Crucial Conflict, Shawnna. We got it in like that.

HipHopDX: Were you able to tour as hard as you could back in the day?

Twista: Back in the day, we were a little more youthful. Some things are better because of technology. But today, we’re a little older, so we’ve got to watch a little bit of what we eat, get our rest. You can’t do a show then go party all night and hang out. You’ve got to find somewhere you can rest to survive the tour.

HipHopDX: I’m a photographer as well and just shooting two shows two days in a row makes me tired. I can’t imagine going on a massive tour or something.

Twista: Yeah, you bring the average friend with you on tour for 2 or 3 days, you’ll knockout.