Review: Twista's "Summer 96" Is Not The Album Chicago Needs Or Deserves 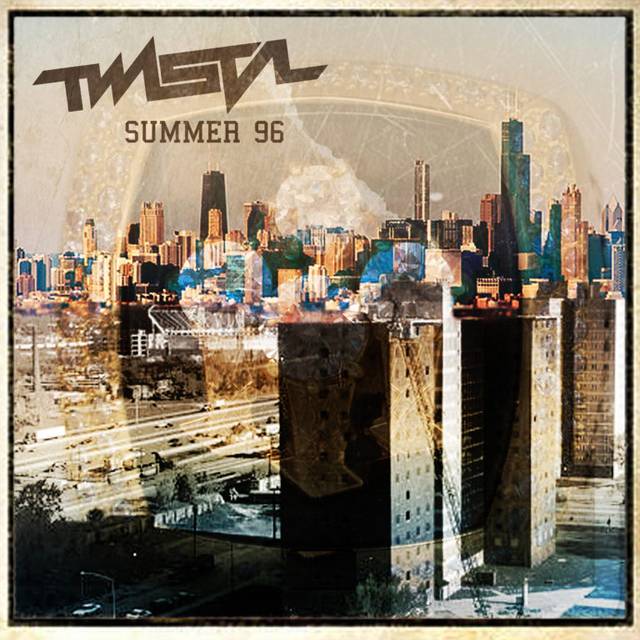 “I’m coming with that grimy shit/Let’s take it back to the summer of 96,” Twista declares on the title cut of his latest project, Summer 96. He could have succeeded by getting his Jonah Hill on with some mid-90s nostalgia but instead spends the albumixtape flexing about his guns and girls with few references to that legendary summer on a macro level.

The result is a listless affair that fails to follow through on a promising premise.

The stage is set for something big on Summer 96. Media clips describing Tupac Shakur’s untimely death and Michael Jordan’s fourth NBA title, as well as a cap tip to Twista’s famed Adrenaline Rush, lead in the album as a wistful project. The cut features a focused Tung Twista, a man who, at 45 years old, hasn’t lost a step in the fiery flow department.

While rappers usually show wear and tear by their late-30s, it’s impressive that Twista can still spit off rounds like the beach scene in Apocalypse Now.

Speaking of rounds, Twista spends a disproportionate amount of time rapping about what he’ll do with his guns. He provides a “stick-up man anthem” for the Omar Littles of the world on “Home Invasion,” and follows that up with “Shoot Out.” The latter finds guests Do Or Die proclaiming he’s got “So many bullets we could get them from head to toe.” While Twista’s delivery is impressive because of his age, these lyrics have the inverse effect. Carl Mitchell is old enough to know better, especially being from a city so plagued by immense violence. It would be hypocritical to call out Twista for violent lyrics when they permeate so much of rap and life, but Summer 96 would have been better served with uplifting sentiments rather than a soundtrack for blood and bullets.

If he’s not brandishing a gun, Twista is spitting sweet nothings to the fairer sex or lighting up a blunt on “Smoke On By.” It’s not that the songs themselves aren’t enjoyable. “Heaven” is fit for a nighttime joy ride and “Weekend” is meant for a rollick in the sheets. His buttery flow is impressive while bouncing off the breezy beats. The issue here is that we’ve heard these kinds of songs from Twista countless times over the past 20-plus years, and he fails to spice up the same old, same old. This redundancy causes for mindless enjoyment but detracts depth from the project.

Summer 96 is sonically strong, but it doesn’t sound like music that was dropped when All Eyez On Me and It Was Written were released. Vocoder crooning abounds, and even though this is enticing on the slow-rolling “So Fresh So Clean,” it fails to match thematically with what was promised on the intro. The closest the album gets to the year A Time to Kill hit theaters is “Body Talk,” which sports a beat appealingly reminiscent of Outkast’s “Elevators (Me and You)”. By contrast, “Radio” sounds like a tongue-in-cheek cut that conforms to the style of the day. Twista sounds surprisingly comfortable riding the 2019 club beat, but again, it is a mismatch with the album’s supposed theme.

Twista clearly wants it to be 1996, when his Chicago Bulls were in the midst of a dynasty and he was arguably at his best. But, rather than cash in on nostalgia, he released a middling album that neither hearkens to his better days nor creates any yearning for his new material.