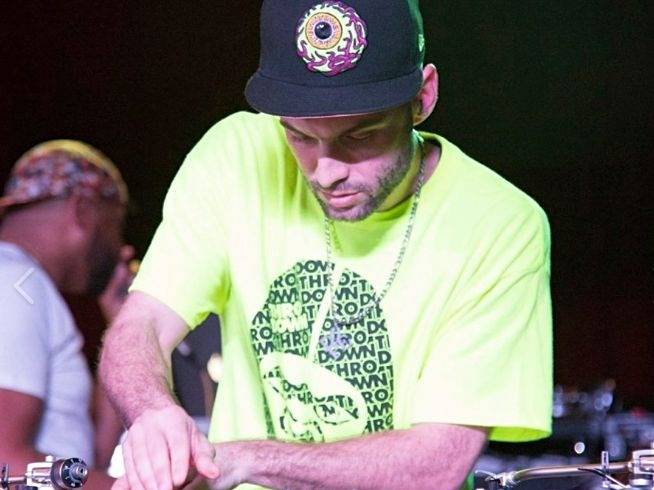 Denver, CO – Like clockwork, the 2019 DMC US Finals were held at the Temple in Denver, Colorado earlier this month.

Hosted by the wildly entertaining Lord Finesse, the annual event brought together several regional champions from all over the United States. The Mile High City’s Cysko Rokwel and Chicago’s Toltech were among the 10 competitors vying for the title of 2019 DMC US Champion.

Despite ambitious sets from all of them, it was defending champion DJ Throdown who — for the second year in a row — walked away with the proverbial crown.

“Winning the US for the second time in a row felt like I got to experience a dream come true twice,” Throdown tells HipHopDX. “I’m blessed to have achieved such an honor. There’s only one other person in 34 years of DMC history who won consecutive US titles —  Klever, one of my biggest influences ever.

“It’s very motivating for me knowing that I pulled this off more than once. If there was anyone who didn’t catch on for the first time around, then they’re certainly paying attention now.”

Now, Throdown is off to London where the 2019 DMC World Finals are being held on Saturday (September 28).

“Because the US and World competitions were so close together this year I haven’t really had much time to let the thought of 2x-US Champ soak in,” Throdown says. “I had to jump right back in the studio to prepare for World Finals. That’s really the thing that I wanted the most out of all of this, another shot at the World stage.

“Last year, for my first time, I was in way over my head and didn’t perform to the best of my ability. But now I know what to expect, and I have a very special set to share with y’all on Saturday.”

Former World champion Qbert, who was on deck at the DMC US Finals this year, knows firsthand what Throdown is experiencing.

“If you’re serious, you’re going to practice all day,” Q tells DX. “And for me, I didn’t really celebrate until I won the World competition. But when I did celebrate, I usually lost. That’s my thing. But I’ve noticed that the more I practice and don’t give a shit, and if you hone your skills, that’s all that matters. But if you want to win, you will fucking lose. But if you don’t care and all you do is practice, for some reason, you accidentally win laughs].

“If you’d worried about it like, ‘Oh fuck, I need to win. I need to win,’ you’re going to fucking lose. For some reason, that’s my experience. And that’s also what this Buddha teacher taught me. I used to battle all the time and I was like, ‘What the fuck?’ I asked my Buddha teacher, ‘How do you win a competition?’ He basically said it doesn’t matter if you win or lose, but how you hone your skill.” Then I started winning everything.”

@djqbert preparing for his showcase at the 2019 DMC USA DJ Finals presented by @ranedj and @milehighdjsupply in assoc. with @technics_global @temple_denver

Throdown did take a moment to reflect on his journey following his DMC US Finals win, which he shared on Facebook.

“I’m still stunned,” he wrote in part. “When I fell in love with turntables at 17 yrs old, no one could’ve ever convinced me that I’d be holding 2 consecutive US titles one day .. This path I’ve chosen has brought me to all different parts of the globe, and allowed me to turn my role models into my peers, and given me a platform to make a positive little difference in the world the only way I know how.

“All the OGs inspired me so much as a little kid to take up the craft myself, and now it’s my time to give back to the culture that raised me and hopefully inspire some of the next generation of tablists to keep this art form alive and well.”

Read his full statement below.