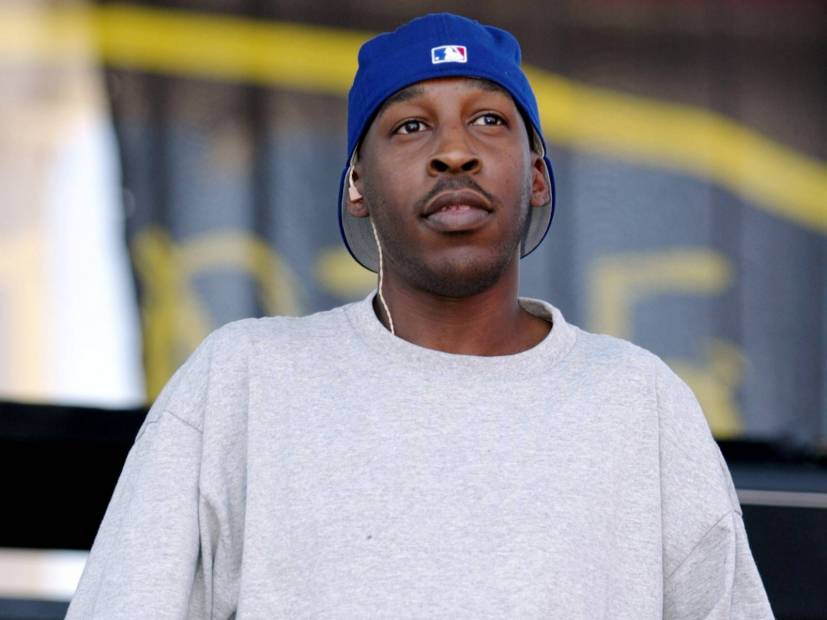 Hip Hop is remembering the late X-Ecutioner and 1995 DMC World Champion Roc Raida on the 10-year anniversary of his untimely death.

The legendary turntablist — and one of the best battle DJs to ever live — passed away on September 19, 2009, just a few weeks after suffering an accident during a Krav Maga sparring session. While in the hospital, he went into cardiac arrest and never recovered. He was 37.

…and ever and ever

Anyone lucky enough to be in Raida’s presence when he was around a set of turntables witnessed a quiet yet unrelenting beast.

I’ll never forget the time I booked him for a show in Santa Fe, New Mexico shortly before he died. A friend and I picked him up from the Albuquerque airport in a white GMC Denali, blasting Egyptian Lover’s 1984 debut On The Nile. He was noticeably entertained but told me he’d have to get the electro-Hip Hop out of his head before his set later that night.

Upon arriving at his hotel, he immediately put on Metallica to scrub Egyptian Lover from his mind. As I watched him get his set together, I knew that evening was going to be something special. Sure enough, the show was packed and Raida’s set was nothing short of spectacular.

He kept his humble demeanor in check even when a drunk idiot stumbled behind the table to “request a song” during his performance. In fact, she was so intoxicated she fell into Raida’s decks and made the record skip. The crowed erupted with “boos” and the girl limped away with her head hung in shame. But Raida didn’t miss a beat. He just keep going like nothing ever happened, the sign of a true professional.

#tbt One of the most epic battles in DJ history – Roc Raida (X-Ecutioners) vs Ninja B (representing Boston) at the 1992 New Music Seminar Battle for World DJ Supremacy! ???

DJ Rob Swift, a fellow member of the X-Ecutioners crew, was crushed by Raida’s death. The two longtime friends had come up together and were truly brothers.

In 2012, Swift released the Roc For Raida album, a collection of both released and unreleased songs and battle style routines that Swift felt defined Raida as an artist. It also included lost interview archives from John Carluccio. All proceeds went to Raida’s family.

“On this 10th year anniversary of Raida’s transition, I’d like to honor him with the following words,” Swift writes in part. “I met Roc Raida at the 1991 East Coast DMC qualifying round. It was the first competition I ever entered. As I walked up in there with my mentor Drew, better known as Dr. Butcher, I recall encountering the mighty X-Men for the first time. They all were there, Steve D, Johnny Cash, Diamond Jay, Sean C and Roc Raida [at the time he actually spelled it Rock Raider].

“They [the X-Men] were loud and drawing attention to themselves. You’d hear them laughing and joking throughout the entire preliminary. But what I found interesting about Raida was he was the complete opposite of his crew. Raida was the quietest one of all. That really intrigued me and his silent temperament made him stand out even more than his rambunctious partners.”

Swift continues, “Steve D, Raida and the rest of the X-Men entered the competition so there was an air of intimidation affecting the competitors. But as much as we respected them, Drew and I were confident we trained hard enough to impress the judges (Clark Kent, DJ Word and Rose, who ran DMC NY at the time) and place somewhere in that top 8 slot.

“I recall getting up on stage and hearing Drew tell Clark Kent ‘watch my boy Rob!’ As I looked into the audience of DJs competing for the same exact thing I wanted, I noticed the X-Men throwing up their X signs. Publicly displaying their brotherhood connection while putting fear into the hearts and minds of the other competitors. Once I dropped my first routine, ‘Eric B. For President,’ the only people that existed though were Drew to my right and me on the turntables!”

Swift would ultimately become part of that same brotherhood. He joined the X-Men in March 1991.

It was another testament to their versatility as a crew.

Although Raida’s life was cut short, the legacy he left behind lives on.

Of course, Swift wasn’t the only one remembering Raida this week. Several of his fans and peers also paid tribute on social media.

RIP GM ROC RAIDA… this was 20 years ago at soundcheck on tour. being able to do two tours w the xecutioners was a blessing. the first show i ever did w rahzel was w them. hard act to follow. respect. ?? pic.twitter.com/SjsKJsrN0q

Catching the DMC tour stop in Boston with Roc Raida and @atrak in the late 90s still a top-five lifetime concert experience. https://t.co/wm9oz2C6FJ