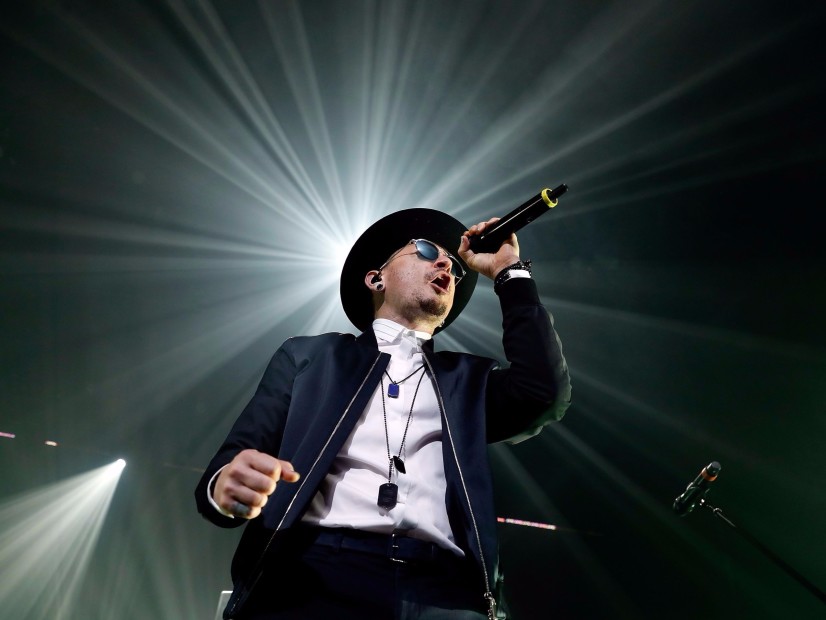 As the shock of Chester Bennington’s suicide continues to ricochet through the music community, several of his past collaborators are speaking out about their experiences with the charismatic Linkin Park frontman.

DJ Rob Swift of the X-Ecutioners, who collaborated with Linkin Park on 2001’s “It’s Goin’ Down,” had the rare opportunity to open for the band on the Hybrid Theory Tour in 2002. He remembers a particular tour stop in Lincoln, Nebraska, where the X-Ecutioners weren’t exactly given a warm welcome.

“One of my fondest memories of Chester took place in Lincoln,” Swift tells HipHopDX. “The X-Ecutioners were the opening act. It was the middle of winter and as cold as it felt outside the arenas that Linkin Park packed, I’d argue the reception the X-Ecutioners were getting from their fans was actually colder.

“People just didn’t know how to take to three brothers from New York City cuttin’ up ‘Shook Ones’ from Mobb Deep on stage,” he continues. “I vividly remember Chester stopping by our tour bus after that show and giving us a pep talk. He was like, ‘We brought the X-Ecutioners on this tour because you guys are awesome, so don’t let a few jeers rattle the group.’ He gave us the vote of confidence we needed to finish out the tour. Chester’s soul was pure then, now and it’ll stay pure as he embarks on this new journey.”

Z-Trip also toured with Linkin Park for over three years and was a featured guest on two of the Linkin Park-hosted Projekt Revolution music festival tours, which kicked off in 2002, shortly after Linkin Park’s debut Hybrid Theory hit the shelves.

“We both came out of the music scene in Arizona,” Z-Trip explains to DX. “We bonded over that. We were so happy we’d both made it. When we sat down to do a song for my record, I said, ‘Let’s do something really different.’ We ended up exploring the dark side of life after death with ‘Walking Dead.’

“At the time, it was unlike anything either of us had done before,” he adds. “Now, I don’t think I can listen to the opening line the same way. Having just found out [about Bennington’s death], it’s all still a bit unreal. He had his own sound. That’s rare these days. I’m gonna miss him. We’re all gonna miss him. My heart goes out to his family and the entire Linkin Park posse.”

Anyone involved in the Hip Hop community understands how truly small it is. Between 2009 and 2012, Z-Trip and Swift connected for multiple tributes dedicated to the late Roc Raida, Swift’s fellow X-Ecutioner who also toured with Linkin Park. As Swift explains, Bennington treated his fellow artists like friends.

“Chester Bennington made a unique impression on me as an artist, but more so as a person,” Swift says. “He was the consummate professional yes, but what moved me most about Chester was the respect he channeled toward his band members, his music and his fans.”