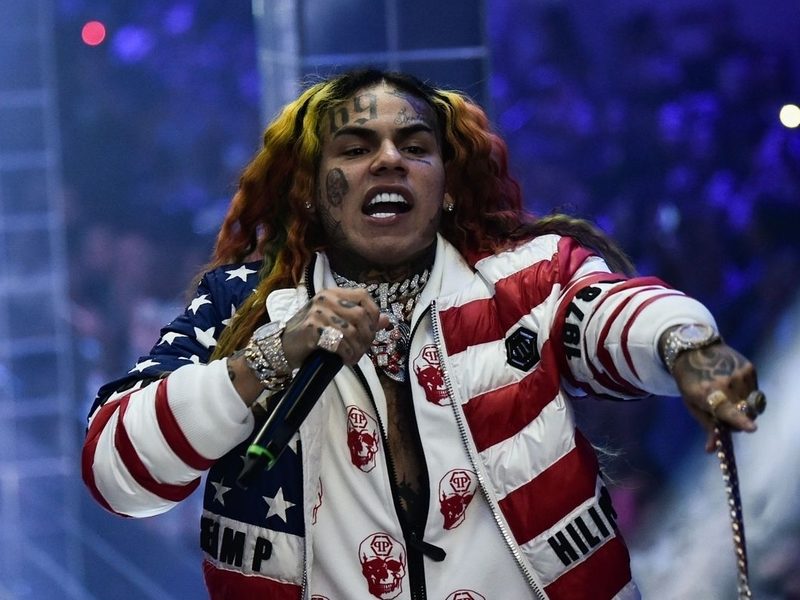 During three days of testimony, the polarizing rapper gave details on the inner workings of the gang, confessed to putting a price on Chief Keef’s head, explained what happened the day of his alleged kidnapping, revealed Jim Jones as a Nine Trey Blood member and named Trippie Redd and Casanova as rivals.

As Inner City Press shared information from the trial in real time via Twitter, the internet let the jokes fly. Snoop Dogg and 50 Cent were among those who certainly didn’t miss the opportunity to clown 6ix9ine over his cooperation with the feds.

Ja Rule and the Black Mafia Family, on the other hand, dissed 50 for claiming the rainbow color-haired artist as his “son” in the past.

On Friday (September 20), DJ Premier released a new Gang Starr track “Family and Loyalty” featuring unreleased vocals from the late Guru and a fresh verse from J. Cole, which will allegedly be the Dreamville founder’s final guest verse.

The single is fans’ first taste of a new Gang Starr album, which Preemo recently teased with a shout out to Nas.

Throughout his life, Rick Ross has experienced quite a few moments where death was knocking on his door. While speaking with HipHopDX about everything from financial legacy to the passing of Nipsey Hussle, the MMG boss explained why he isn’t afraid to die.

“I’ve stood in those shoes before, and I was blessed to walk away,” he said. “But for some reason, if it was to happen to me and that’s how the Big Homie upstairs chose for me to go, I’m going to open my arms to him. I don’t fear death, personally.”

Jeezy’s hit song “Soul Survivor” famously featured Akon on the hook. In an interview with DX, Akon detailed how the collaboration came to be.

“It was funny because that song was originally a record I was gonna release as my next single,” Akon recalled. “But I had just signed Young Jeezy and I was like, ‘This record is necessary for him right now because he’s actually in a position where he can say that.’ It will be not only believable, but he was going through it with the BMF [Black Mafia Family] movement and all stuff that was going on around us. It was like the perfect, perfect record.”

Trae The Truth spoke to DX about his work with Relief Gang and his latest project Exhale, explaining why it was important to release the LP without any guest appearances.

“I felt like at this point in time nobody could tell my story except me better than this,” he said. “I got a million — I’ve got over 2000 unreleased records. So, I always got records. But for this point in time with everything I was going through, I just needed to get things off my chest by myself. I just had to get all of it out on my own.”