Review: Obie Trice Steps Into The Ring — Again — With "The Fifth" 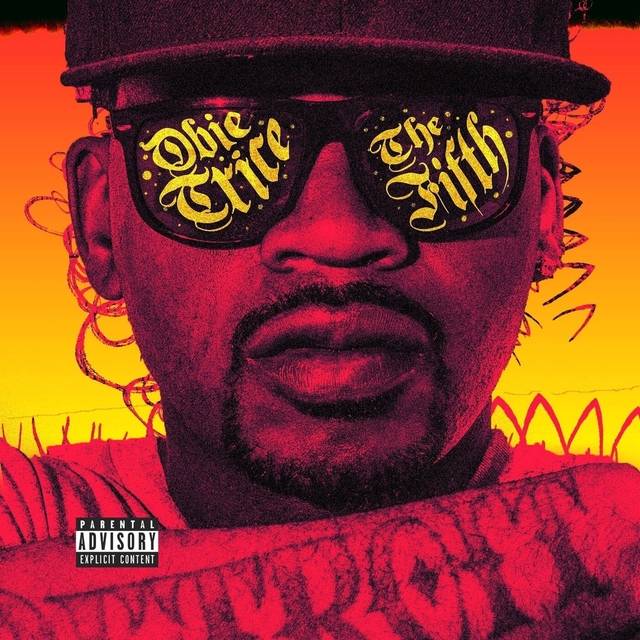 When one is, frankly, good enough to go toe-to-toe with Eminem — and, sometimes, even best him on the mic — he’s certain. Unfortunately, while Obie Trice was someone who never had a problem verbally sparring with Slim Shady, he never enjoyed the mainstream success that his former label capo relished in (if you believe him, it’s because Shady Records didn’t promote him the way he deserved to be promoted).

Fortunately, on The Fifth, he proves that popularity contests mean nothing when it comes to the Art of Rap.

At 41 years old, Trice is certainly an “old head,” and doesn’t have the desire to rap about the same things he did when he was much, much younger. And that’s good: one prefers to hear an older voice drop the bass on the boom-bap rather than try to speed-spit over a trippier beat. And while the intro brings the boom-bap, “This/That” — the second track — features Obie Trice pouring his heart out over a much more soulful beat than the one we’re used to. It works, for what it’s worth, but it’s easy for the song to get “lost in the sauce” when the rest of the album is so boom-bap heavy.

By far, the standout song on the album is “Space,” in which Trice teams up with rapper-turned-Empire actor Xzibit over a luscious boom-bap beat. Trice and Xzibit are equally yoked, and trade verbal spars with aplomb. Trice brings up his Shady Records bullshit again when he spits, “They say he fell off his axis and put me on the blacklist/Say I ain’t half as passionate without Marshall Mathers/I actually rather be chasin’ my own rations/Instead of gettin’ fractions, pushin’ someone else’s establishment,” and Xzibit responds with being none-too-pleased about coming out of retirement: “I’m back from the dead like Lazarus/Couldn’t stand to see a nigga happy, livin’ havin’ shit/Fumigation got those cockroaches out up my cabinets/Illuminate, vibrate, pull hammers and handle it.”

With the bars intact, the main place The Fifth really falls short is when Obie Trice tries his hand at club bangers. “No” tries its hand at getting bitches on the dance floor and fails miserably, and “Ass” is supposedly meant to get the strippers on the pole but lacks the rhythm necessary to make it a strip club anthem, and as a result, it just sounds vulgar.

Still, Obie Trice is a rapper that deserves to be recognized much more than what he’s been in the past. The production values on the songs have improved dramatically, and he seems to thrive in lanes he knows best. If he sticks to what he knows, he’ll be just fine.