Review: Conway The Machine's "Look What I Became…" Broadens The Buffalo MC's Spectrum 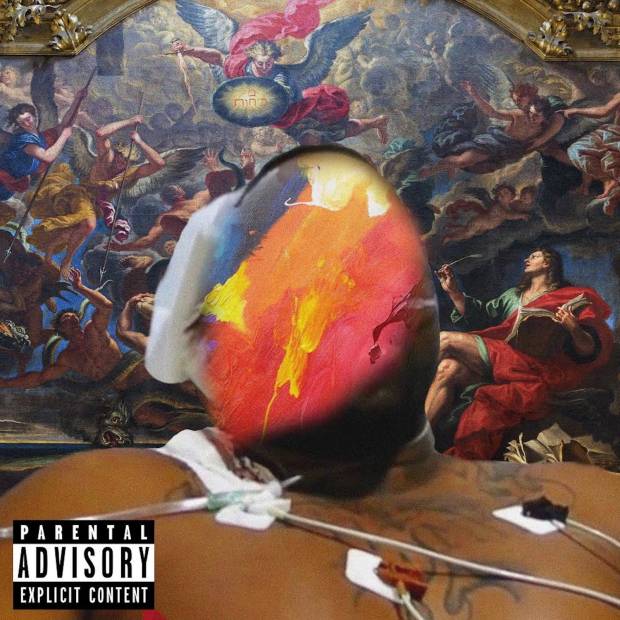 With God Don’t Mistakes set to drop later this year via Shady Records, Conway The Machine is graciously holding fans over with one last project before the grand debut. At this point in his career, he’s transcended the bar — sinking nearly all of his shots. Fans can (and should) expect a certain level of quality from his albums. His interim release, Look What I Became… not only lives up to the standard, it delivers some surprises.

“Look What I Became… is an incredible project and body of work and one of my favorite’s I’ve recorded thus far,” Con has said of this project. There’s a good chance that many fans will feel the same.

Mainly, it’s the variation that makes it so intriguing. Con has been known to bear his heart on tracks throughout his catalog without sacrificing his hard edge. But, a complaint often lodged by detractors is (oddly) his consistency — and penchant for dark, moody and sometimes drumless instrumentals.

This project will undoubtedly satisfy the itch of core fans, but it also opens up his sound, allowing him to push the envelope of his overall ambiance comfortably.

There is, off the top, standard Conway fare. “No Woman No Kids” is that raw Griselda braggadocio, laced over a moody Alchemist instrumental.

After “Hawks” though, the vibe switches. So much so that The DJ Muggs produced “Black Spoons” ends up feeling slow and dreary — albeit lyrically sound. Especially when sandwiched between Con and Benny The Butcher’s back-and-forth savagery on “Tito’s Back” and the Jim Jones, Dave East and Elcamino featured “Vino D” (a tribute of sorts for a fallen friend).

A standout moment on “Vino D” actually comes from Elcamino, who gives the track an airy soulful vibe with his buttery chorus.

In an interview with Exclaim in 2018, Westside Gunn hinted that Conway’s Shady album would show him exploring new territory. With this being the layover to the inevitable flight, we do get to hear some exciting glimpses of what the iceberg will offer below the water.

The first surprise is the Rick Hyde-produced organ-heavy southern slammer, “Half Of It,” which Con bodies. The funk is so strong; it almost seems like a missed opportunity to not have someone like Bun B join the show. Then there’s the collaboration with singer Amber Simone “YouMadeIt.” Here, he lays what feels like an updated version of 2Pac’s “Keep Your Head Up” — set to a magical Statik Selektah instrumental.

His pen game is crazy, and a consistent taunt on this project is that he hasn’t begun to spit his hardest bars yet. At one point, he even suggests his Everybody is F.O.O.D project (he isn’t clear if he’s referencing all three parts or not) was just throwaways.

Conway is way more than one or two notes, and Look What I Became… perfectly illustrates the potential spectrum that Griselda fanatics can expect when the Buffalo grime-lord reaches creative Super Saiyan.