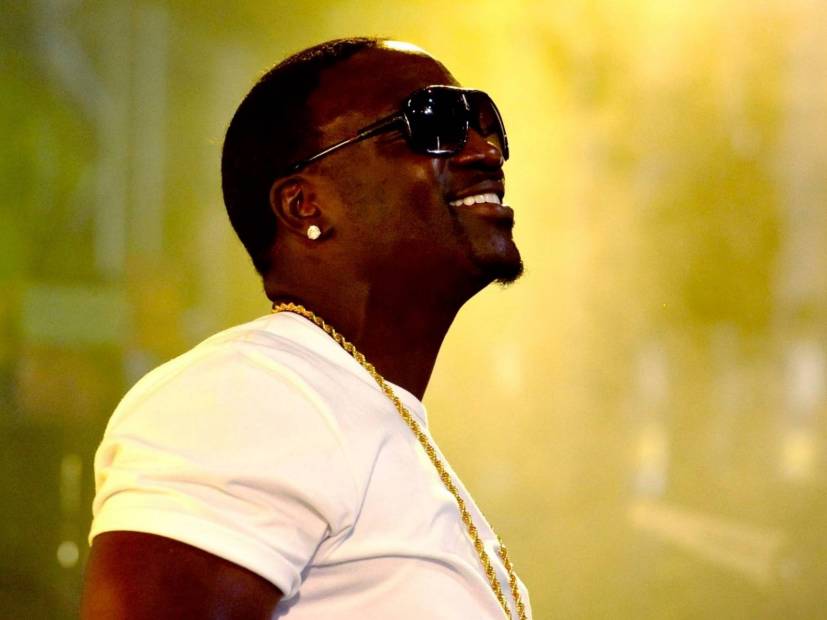 Interview: Akon On Why "Soul Survivor" Ended Up On Jeezy's LP & How Jail Changed His Life

New York, NY – Akon was born in Senegal, West Africa and raised in the United States, giving him a unique perspective on the world at an early age.

Throughout his tenured career, the Grammy Award-winning artist has been able to effortlessly meld various musical styles together and make magic, which translated to millions of album sales worldwide.

But the road wasn’t always paved in platinum plaques. Prior to his 2004 debut Trouble, Akon had a colorful rap sheet and spent several months in jail after being convicted of felony gun possession. It was during that time the idea for his Konvict Music imprint was birthed.

After he was released, Akon decided to put all of his energy into music and take a different path.

Trouble included the breakout singles “Locked Up” and “Ghetto.” The former was chosen as the project’s inaugural single in an effort to introduce him as “street” and ultimately make the crossover to pop, which he says was a “very strategic” move.

In a recent interview with HipHopDX, Akon explains how “Soul Survivor” ended up on Young Jeezy’s 2005 studio album Let’s Get It: Thug Motivation 101, discusses the litany of projects he’s about to drop under his Akonik Label Group and how jail was a pivotal moment in his life.

HipHopDX: What kind of advantage do you think that growing up in both the United States and Senegal had on you?

Akon: The difference in culture is really what gave me the advantage; the fact that I was born as an African and raised in America. The combinations of two cultures growing up, two different styles of music, rhythms and everything like that. It just gave me a very versatile style, you know? Because I had the opportunity to experience that, it also gave me a more open mind as to trying new and different things that I was familiar with as well and incorporating them into Hip Hop music.

HipHopDX: I was revisiting “Ghetto” earlier. You say in the song, “No need to cherish luxuries everything comes and go/You’re not promised tomorrow” and describe what it’s really like growing up in the ghetto. Do you kind of feel like you’ve had an advantage seeing both sides of things?

Akon: Oh yeah, I feel like that for sure. I feel it actually more today than I did when I was younger. When I was younger, I experienced it because I was actually living it but now as you travel and you go to different parts of the world, you see just how much everybody has in common and the struggles we are all familiar with and all go through. It really kind of confirms that part, you know what I’m saying? As a grown-up, when you start traveling, you start to see things that look very familiar to you in regions that you never knew even existed. It definitely confirms it for sure.

HipHopDX: Is that why you wanted to get into philanthropy and give back to the world?

Akon: Yes. Giving back is a responsibility, you know? I don’t think it’s anybody’s choice. God puts luxury and blessings through your hand so you can spread it out. I look at everything in life as a tool. I look at is as a tool to accomplish whatever your purpose is in life. So, often times when you are blessed with so many great things such as riches or opportunities, it’s only to get you closer to fulfill whatever God’s purpose is for you on earth. And that’s how I always look at it. So, if I come and I jump on an abundance of wealth, I don’t think it’s money for me to just enjoy myself and live life alone. I’m being used as a tool to have that fortune and bless it onto people that don’t necessarily have any. That allows everything to balance in general.

I never looked at it like, “OK, I’m blessed and God made me a millionaire.” No, he’s passing that million through me so that I can pass it to other people. I don’t think everybody gets that opportunity to be that successful unless you’re being used as a tool.

Had a great time with my girls from #foodforthoughtfoundation. Support @myfoodforthought_ they’re doing a great job in Nigeria 🇳🇬

HipHopDX: You mentioned your purpose and I’m curious, what have you figured out to be your purpose? Why do you think God put you on this earth?

Can't Say No" from my new album "KONNECT" dropping in OCTOBER. New music, videos and updates coming all month. Out now 👉🏿 https://fanlink.to/akonCantSayNo

HipHopDX:  I’m very intrigued by your Akonik Label Group. I love that you’re doing Afrobeat, Latin, Caribbean flavors — you’re doing all sorts of different music. You’ve always been versatile, but tell me a little about how that idea for the label came together.

Akon: It actually started back in 2010. I had a concept to release four different albums, four different genres. Unfortunately, when I was at Universal, I think the platform just wasn’t mature enough to see that kind of idea. They just felt like it was too much music at one time, too much going on, too many different genres. How do we categorize it? Where do we start playing it on the radio? — things of that nature. There were just too many questions that they couldn’t answer. My thing was, “Just put it out and it will find its own audience.” That’s how simple it was to me, but to them it was a lot more complicated so we weren’t able to accomplish that.

As time went on, I noticed that the platforms digitally started maturing a lot more, and it started maturing more for the benefit of music and distribution. Then it went from a terrestrial radio industry to now streaming and making playlists That’s when I thought it was now set up for the digital platforms and they have completely matured to release a record like this. Because if it’s four different genres, I don’t have to worry about four different genre style radio stations that’s gonna pick and choose what they’re going to play. Rather, it’s direct to the consumer market where the artist and the listener themselves are choosing what they want to hear and when they want to hear it. They now create their own playlists. Once I put it on a platform they can now choose, I don’t care if I put 100 records out, they may only want to take 15 from it. But at least they get to choose what they want to hear and what genre they want to hear it from.

HipHopDX: So now felt like the perfect time to it?

HipHopDX: Wow. Music from different cultures is so important. If you listen to Hip Hop, you should know that it comes from all different genres of music. It’s a huge melting pot.

HipHopDX: I love tracing samples and figuring out where this came from and where that came from. It’s fun.

Akon: There’s just so much more to music. Isn’t is so fun? Especially when you introduce music to friends they’ve never heard before and they’re like “What is this? This sounds cool. Who’s the artist?” I love those kinds of things. Music was made to share. You’re gonna love these records. I promise you’re gonna love them.

HipHopDX: Growing up, we were always singing “Soul Survivor.” Everybody knew that song. What do you feel like that song did for your career at that point?

Akon: Ah, man. It was funny because that song was originally a record I was gonna release as my next single. But I had just signed Young Jeezy and I was like, “This record is necessary for him right now because he’s actually in a position where he can say that.” It will be not only believable, but he was going through it with the BMF [Black Mafia Family] movement and all stuff that was going on around us. It was like the perfect, perfect record.

Then I was kind of diversifying more into the pop world and slowly moving away from the street records, so I felt like it was the perfect segway in through him but also out at the same time, you know what I’m saying? So that record was very strategic as how we put it out. At the same time, I could continue to get the street cred from the record but still be disassociated on my pop side to where it doesn’t effect the record I was about to put out with Gwen Stefani [laughs].

HipHopDX: You knew what you were doing.

Akon: Absolutely. But then at the same time, when I did the Gwen Stefani record, I put her in jail too. The only difference is I put her in solid gold bars. You’ve got to keep the vibe — even in the pop world — to remind people of the turning point. The turning point for me that changed my life was when I got locked up. I always put those bars at the top of every song as a reminder of where not to be.

HipHopDX: That must have been quite the experience for you. What were those moments like when you were locked up?

Akon: Oh, those were dark moments. You start to reflect on your life, the decisions that you make and why you made them. It was necessary ’cause you had moved a different direction. There were lot of questions I had to raise and the one thing I realized is that I would never be able to work a regular job ever again, and definitely not work with a Fortune 500 company unless I owned the company. That changed my whole mind state to, “OK, now I’ve got to be an entrepreneur.” I can’t think of working for someone ’cause once you fill out the application and ask you whether you’ve ever been a convicted felon, then you press “yes,” you not getting the job.

So, how do I move forward without getting into trouble, getting back into the streets? That’s when I started following back on all my hobbies and things that I loved to do, and music became the one thing that I always attached myself with no matter what I went through. I created Konvict Music from there and there was no turning back.

HipHopDX: Obviously, jail sucks, but was there anything positive to come out of that? Would there be a Konvict without that experience?

HipHopDX: It’s so interesting how the darkest moments can turn into gold sometimes.

Akon: It’s the funniest thing. Even when we look at history, every person that has any kind of power or influence in the world had to go through that process of either being in exile or being locked up for a certain amount of time before their fight actually made a difference, or their fight was translated as something actually worth doing for the rest of the people, you know what I mean?

Check back for Part 2 of the Akon interview next week.