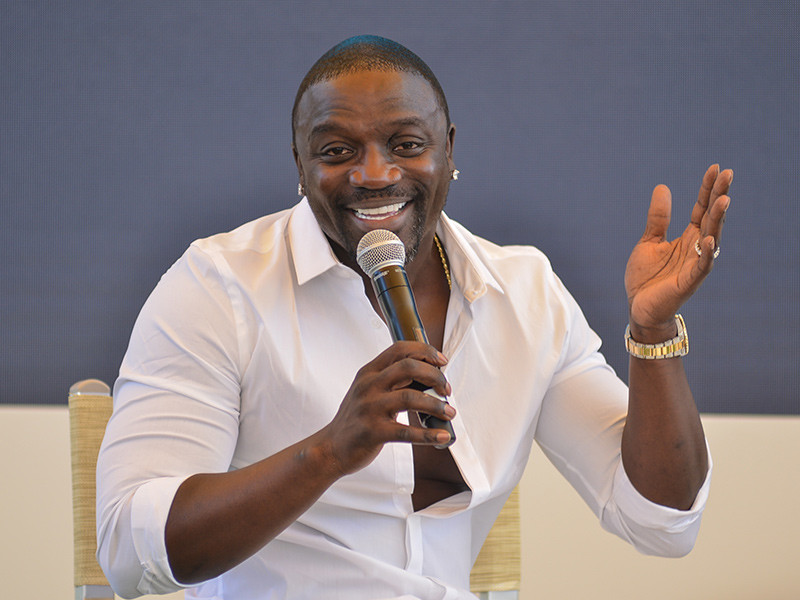 The cryptocurrency wave continues to rage on in the music community with Akon’s announcement of Akoin, according to Page Six. Along with Akoin, Akon plans on building a city called Akon Crypto that which will be 100% crypto-based. He revealed these plans at this year’s Cannes Lions International Festival of Creativity in France.

Akoin, which will be available for sale within two weeks, is part of Akon’s plans to “empower youth entrepreneurship” and generate “opportunities to stimulate micro-exchanges and financial stability in Africa and beyond,” according to Akoin’s website. When asked about the technical aspects of the new crypto, Akon replied, “I come with the concepts and let the geeks figure it out.”

We absolutely love this quote from @Akon from the Interactive Stage… He's been talking about branding Africa and his many projects at #CannesLions this afternoon! pic.twitter.com/buWOPPy62m

He continued to speak on the inspiration for Akoin with, “I think that blockchain and crypto could be the savior for Africa in many ways because it brings the power back to the people and brings the security back into the currency system and also allows the people to utilize it in ways where they can advance themselves and not allow government to do those things that are keeping them down.”

Akon Crypto City is already in development with its first 2,000 acres of land granted by the President of Senegal. The designated land is within five minutes of the new international airport and a short drive from Dakar, the capital of Senegal.

He took it one step further and entertained the idea of physical combat with President Trump: “I’m not scared of him. I would invite him into the ring. You know what? Matter of fact, let’s just go in the ring, Pay-Per-View… you guys can decide whether it’s gonna be a boxing match or MMA. Someone’s got to defeat the bully.”

Other artists who have their own crypto include Ghostface Killah’s Cream Capitol, Nipsey Hussle’s Follow Coin, and Ol’ Dirty Bastard’s DirtyCoin.