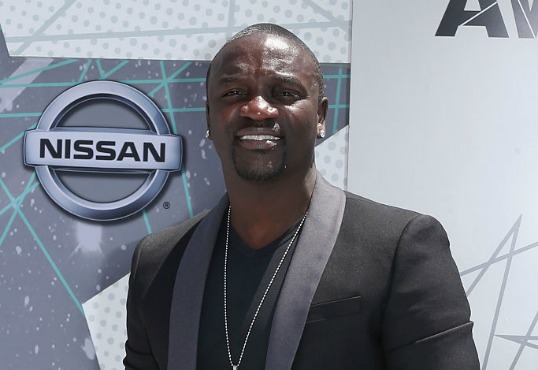 Here's How Akon Is Actually Bringing Power To Africa

Although you wouldn’t know it from watching the 2016 BET Awards, Akon is the latest recipient of the first ever BET International 2016 Global Good Award. The prestigious was bestowed upon the Konvict Music visionary as a direct result of his Akon Lighting Africa initiative but the crowning moment was ultimately cut from the live broadcast.

An unfortunate circumstance but the revered Hip Hop artist; slash music mogul; slash world renown philanthropist; slash we could go on for days about his accomplishments 43-year-old humanitarian doesn’t work tirelessly for the betterment of human lives for any personal gain. Which is probably why you haven’t heard him beating his chest about ALA since its inception in 2014. (Snoop Dogg gladly assisted with that.)

HipHopDX managed to catch Akon during his busy schedule at the living quarters of Hip Hop — Power 106 — and got the questions ironed out to set the record straight.

HipHopDX: You’re no stranger to how the Internet works, and around this time last year is when your African initiative power got announced, but a lot of people say it got derailed because of the whole Caitlyn Jenner situation. Snoop Dogg took a meme and gave you headlines at the same time. How did that make you feel? Did you feel like you had its proper roll out when you debuted it.

Akon: I was actually cool with that. I felt like that situation brought more light to it rather than derailed it; so it was a blessing for me, honestly. Me getting into it wasn’t really more for the publicity aspect of it. That’s why I never really said anything about it; I just did it. And I think with the grace of God it was a situation that was meant to be known that it was happening. And I think situations like that are often times a blessing more so than curses, you know?

HipHopDX: We’re here now, and we do want to get the full comprehensive story exactly, what is this initiative? How did it start, when did it come about? You were home and you said Africans need power, how did it begin?

Akon: Well actually, you know me myself grew up without electricity, clean running water, the basic necessities. Came up in a village Kaolack up in Senegal and I was one of those nappy-headed African kids running around playing soccer barefooted; just enjoying life as is. And not realizing how much of an impact electricity was to me because I didn’t have it. So I was happy as I was; but then when I moved to the states and got the experience and was able to really understand what that was, what electricity was and how much impact it did have on my life. Going back home, it was almost like I felt naked; literally. It was one of those things, a lot of things that I had enjoyed doing in the states, I just couldn’t do. A lot of things that I needed, and that needed to be done just wasn’t happening. So fast forward 15 years, 20 years down the line [I] went home to my old neighborhood to visit my grandma and the situation is still the same. Same village, no development, no electricity, and you know how it is to be living in 2010, 2013 with no electricity, it’s almost impossible. So I just really wanted them to be able to experience what that life was.

Akon: Yeah, so, the way our project works is that we’re all working with the government because we want to do it on a scale basis. The whole concept of it is to be electrifying all the rural areas as far as out to where the grid doesn’t reach. And of course in Africa, sun is limitless — that’s our biggest resource. So there’s is no way that you not use that sun to bring energy. So solar became the main focus of how we would able to bring energy into those areas. So we created a PPP (Public Private Partnership) with the government where you can bring private investors in, the government subsidize and the people also have an access to be able to come in and invest. So it actually works out to where everybody is held accountable, people are helping the process where investors are able to get their money back. Our team is seeing over the whole process.

HipHopDX: Now Africa is renowned as a continent that hosts a lot of other third world countries, but it’s also the birthplace of some of the most intelligent people on Earth — you’re obviously a living example. Where’s the disconnect in that?

Akon: The disconnection in that is simple and plain; it’s just education. I think more about Africa needs to be pretty much put out there; people need to educate themselves more about Africa. I don’t think it’s up to the school systems to perse do it. It’s up to the person to want to know the history, to understand their origin, and things of that nature. And I think we get to the point where some things just don’t really matter until you understand the base and the root where it came from. And then you start to better understand the challenges that you’re facing, the situations that we may go through, your advancement in certain qualities, certain auras and patterns. All this comes from your history. I think the more you get to understand yourself, the origin in which you came from, you get a better understanding how even your future should be displayed.

HipHopDX: On the music side you rose up to the position to even to provide not just your whole town but your actual continent with power. You look at an album like convicted, it’s just the perfect balance of Pop, R&B, and Hip Hop. Now you see guys who are leading the charge like a Drake, Fetty Wap, and Future kind of doing exactly like what you’re doing. Do you feel like you’re a Godfather of this type of style?

Akon: I like the fact that I can say that I contribute to the whole melody rap thing. Because when I started off, I was a rapper turned singer; that’s how T-Pain was created. I’ve started rapping first then realized it’s melody that sticks to you because if you want to be an international artist, you’re going to be creating records in areas where people don’t understand what you’re saying so how are they going to cope, sing along, and be able to really relate to what you’re doing? But through melody, regardless of what you’re saying you can always feel the energy and the vibe to it and that’s what made me start the rapping and singing type of thing but I can definitely offered a lot people to take it, and do it in the way that they make it best. To be honest, I’m a huge fan of a lot of music that’s out today. It stems and reminds me a lot of myself, but I love that how they take it and just took it to a whole ‘nother level. It’s very interesting to how it evolved to that level at this point.

HipHopDX: An initiative like Lighting Africa is obviously time consuming, a lot of business, a lot of meetings and everything. Are you too far removed where it’s derailing from your music career; can we get some new Akon before the year is over?

Akon: No question. Regardless of what’s happening outside of music, music is always being created. Because believe it or not this is all content in the making. Everything I’m doing, inspires what I do. So musically, of course you’re going to hear a huge growth and you’re also going to get the typical, traditional Konvict Muzik; Akon type of sound where we would supply the urban records with a little bit of personality to it. Then you have the big pop records that uplifts and makes you happy and dance. But then you also have records that have content that’s meaningful. I want to be able to give you a full range 360° experience. I think all this happening was our destiny; just to create that kind of content for myself in the future.

HipHopDX: Lastly, you got Lady Gaga, you got T-Pain under your belt; those are huge accomplishments and trophies. Who’s your next big star?

Akon: I’m always up and moving, running around looking for new things; but I’m really excited about this kid Kamino that we have, I think he’s going to be the next be thing we have honestly.

Akon: I can never explain to you what it is until you experience it. If I tell you that it sounds like something then it’s not original. But I guarantee you when you hear this kid you’re going to be hooked.