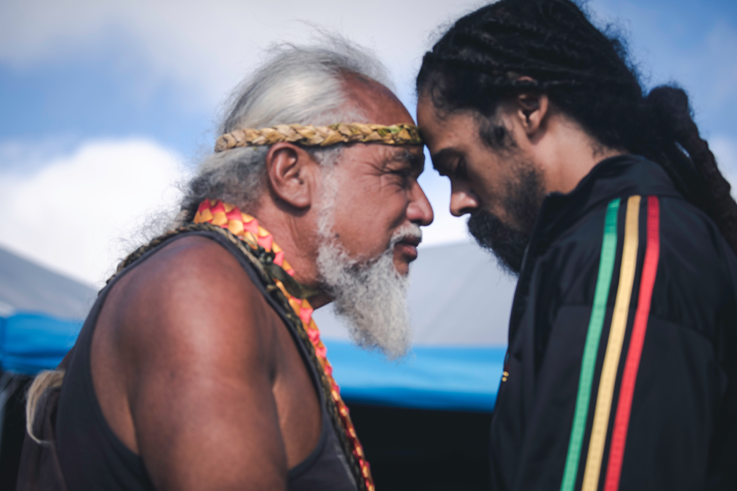 Damian Marley Stands In Solidarity With Hawaiian Elders To Protest $1.4B Telescope Project

Last month, the Grammy Award-winning reggae artist flew to the Big Island to stand in solidarity and lend his support to the protesters standing to “Protect Mauna Kea” from what the locals have deemed an invasive project.

During his visit, Damian performed a short set of his own songs along with a few of his father’s famous anthems, including “Get up Stand up,” “Crazy Baldheads” and “Is This Love.” He told those gathered at the base of Mauna Kea Hawaii was the first to embrace his music.

According to a press release, Mauna Kea is the tallest mountain in the world from base to peak and holds a sacred place in Hawaii’s cultural history. However, Mauna Kea is under threat from a state plan to construct a $1.4 billion telescope at its peak.

Although Hawaiian elders and citizens successfully stopped the telescope’s production in 2014, they were once again forced to congregate in the road to prevent construction of the TMT project at the beginning of July.

Despite military and police force, the non-violent protestors have remained resolute in their mission and are joined by thousands around the world, including Damian.

“I recently visited Hawaii where people have come together to protect their sacred land on Mauna Kea, the tallest mountain in the world from base to peak,” Damian said in a statement. “Ironically, while the people in Hawaii are trying to protect their sacred land from allowing the world’s largest telescope to be built on top of Mauna Kea; we in Jamaica are trying to protect our nation’s land from bauxite mining companies expanding into Cockpit Country.

“Mining these areas would remove forest cover, block and pollute waterways, displace residents, threaten agricultural livelihoods, compromise air quality and threaten the health and well-being of thousands of Jamaican citizens. In the late 1700’s, Maroons who had escaped from plantations used this difficult territory to build communities outside of government control to free themselves of slavery.”

In closing, Damian urged people to sign a Change.Org petition to support both the Mauna Kea movement and also the Cockpit Country movement.