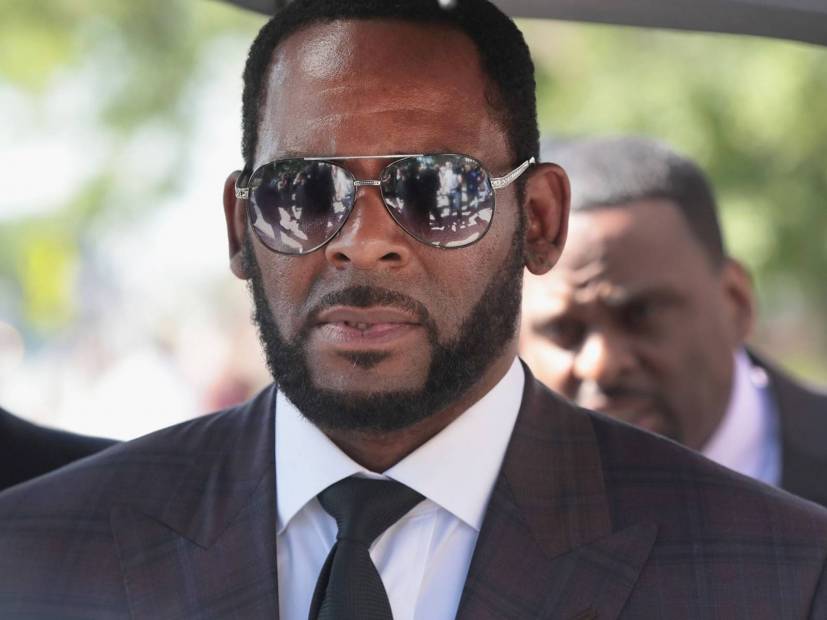 New York, NY – R. Kelly was back in a New York City courtroom on Friday (August 2) to enter a plea in his racketeering and sex trafficking case. Fans started lining up outside of the courthouse at 10 a.m. local time to show their unwavering support for the 52-year-old.

According to TMZ, the embattled R&B singer pleaded not guilty to the five-count indictment and was promptly denied bail. The indictment comes out of the Eastern District of New York and includes several violations of the Mann Act (which prohibits the transportation of anyone across state lines for illicit sexual purposes) and allegations of forced labor as well as kidnapping and racketeering.

The New York indictment is separate from the 13-count indictment in Illinois federal court.

Authorities say the purpose of the elaborate scheme was to “promote R. Kelly’s music and the R. Kelly brand and to recruit women and girls to engage in illegal sexual activity with Kelly.”

They allege “Kelly and his crew traveled throughout the United States and abroad to recruit these women and girls” and made “threats of force and physically restrained the women” to obtain their labor and services.

Kelly was arrested on July 11 in his hometown of Chicago. He faces decades behind bars if convicted.

Federal prosecutors deemed R. Kelly “an extreme danger to the community, especially to minor girls” during a hearing in U.S. District Court in Chicago on Tuesday (July 16). Consequently, the embattled R&B star was denied bond, according to the Chicago Sun-Times.

Assistant U.S. Attorney Angel Krull told Judge Harry Leinenweber, “This risk of obstruction is real. This risk is ongoing. This risk is heightened by the defendant’s fame and power.”

He added Kelly also “has a unique ability to influence and intimidate witnesses and victims, and that continues to this day.”

Kelly’s attorney, Steve Greenberg, said Kelly is not a flight risk and referenced one of Kelly’s biggest hits during his argument.

“Unlike his most famous song — ‘I Believe I Can Fly’ — Mr. Kelly doesn’t like to fly,” Greenberg said. “How could he flee? He has no money. There’s no evidence that he’s a risk to minors at all at this point.”

Kelly was arrested (again) on Thursday (July 11) in his hometown of Chicago.

Federal prosecutors issued two indictments the following day that could lock him up for the rest of his life. In Brooklyn and Chicago, Kelly faces a total of 18 counts for alleged crimes against 10 victims. Kelly faces a maximum prison sentence of 195 years in Chicago alone. He faces decades more in New York and was already facing state charges that could imprison him for up to 30 years.

Kelly’s arraignment and detention hearing started about 1 p.m. local time in Leinenweber’s 19th floor courtroom at the Dirksen Federal Courthouse, where camera crews had been camped out since 9 a.m. Tuesday morning.

Greenberg insists he should be let out on bond.

“The man’s entitled to be held in a humane situation.” Greenberg said. “Mr. Kelly is a difficult person to have [at the MCC] because of other prisoners … because of his notoriety.”

Krull disagreed. “The defendant can entice girls to his own doorstep, he doesn’t have to leave his home to do that,” Krull told the judge.

Like he did during his infamous interview with CBS This Morning, Kelly continues to deny all allegations. Greenberg says Kelly looks forward “to his day in court, to the truth coming out and to his vindication from what has been an unprecedented assault by others for their own personal gain.”

Lifetime’s docu-series, Surviving R. Kelly, was released last year and appears to have acted as a catalyst to Kelly’s potential demise.