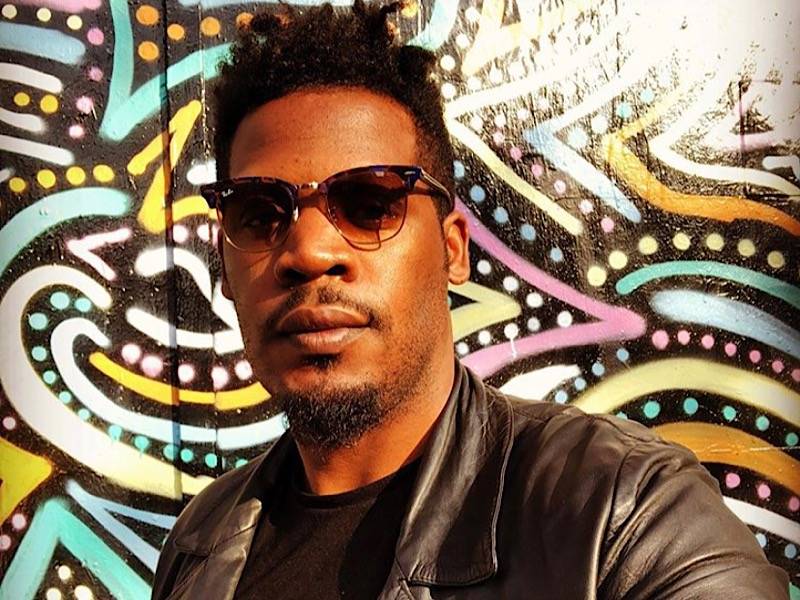 New York city, ny – There has been a lot of love (and hate) for the new Nas single, “Jarreau of Rap (Skatt Attack),” which serves as the first taste of his highly anticipated The Lost Tape 2.

Though many may have expected Nas to deliver a very specific type of track (considering the bar set by the previous Lost Tapes), Grammy Award-winning trumpeter Keyon Harrold notes that going against the grain is what makes the song so powerful.

What up yall. Stream this 🔥 immediately. Honored to be a feature with the 🐐 @nas Press play on @Nas's new song "Jarreau of Rap (Skatt Attack)" ft Al Jarreau & @KeyonHarrold, available now upon pre-order of #TheLostTapes2!

“People are entitled to their opinions good and bad,” Harrold tells HipHopDX. Having played both trumpet and flugelhorn on the track, he explains the true brilliance was Nas’ foresight that people were ultimately expecting the old same thing.

“This record is innovation. It is a progression in artistic prowess. Everyone has heard Nas do the legendary joints, but nothing like ‘The Al Jarreau of Rap,’” he continues, specifically noting he was tapped by Nas about a month ago to contribute his talents. “I am honored to be a part of this groundbreaking record … Nas, chops of Al Jarreau, and my horn. It’s fire to me and I hope it opens people up musically.”

Harrold is no stranger to the Queensbridge legend, having been brought me in to the Mass Appeal family back in 2017 — dropping his album The Mugician on the imprint.

“Nas instinctively knew what I could bring to ‘Scatt Attack’ musically. He called me in to the studio and the rest is history,” he says.

Harrold’s career in jazz Hip Hop fusion began in 2000 After landing his first touring opportunity with Common — supporting the Chicago MC’s Like Water for Chocolate LP.

“As a jazz trumpeter, this changed my entire view of the trajectory of how I saw my career unfolding … I jumped out of the preverbal ‘jazz club’ wanting to be a part of something bigger musically,” he explains. “That experience made widened the scope of what I was listening to musically.”

As he dived deeper into the production side, he found himself blessed with the opportunities to work with some of the biggest names in Hip Hop — from JAY-Z, 50 Cent, Mobb Deep, and LL Cool J to Common, dead prez, Kanye West, and Mac Miller.

“It was beautiful to work on ‘Stay’ with Mac Miller,” he recalls of his experience with the late rapper. “He was a true talent and the epitome of a lab rat (he loved the recording studio) … a phenomenal musician/artist who was always searching, always working and creating visceral art. Rest in Power Mac.”

Though he may not have always imagined his career taking an unorthodox and ultimately powerful turn nearly two decades ago, he insists that he always knew he’d work among greats.

Here with @quincydjones this man has impacted music profoundly and prolifically. Michael Jackson to Count Basie and Frank Sinatra to @willsmith @realtamiaworld television to pop culture. Im Honored, humbled, and inspired by the the time I had to chop it up with this legend about all kinda stuff especially trumpeters Clifford brown and Clark Terry. Good vibes. @theshedny #soundtrackofamerica #thankful

“When I first started, I had my mind set on being the best musician/artist that I could be with no limitations and no genre bias. Good music is good music period,” he states.

“I looked up to names like Duke Ellington, Count Basie, Miles Davis, Quincy Jones, and Marvin Gaye — but, at the same time I esteem the brilliance of JAY-Z, Biggie, Tupac, as well as producers like Timbaland, Dr. Dre, J Dilla, Pete Rock, and Rodney Jerkins. I believed that I had the same musical convictions and spirit … It was simply a matter of when it would happen.”

Here backstage with my sis and bro @erykahbadu and @pharoahemonch at the #culturerevolutionproject show @szczecin_jazz 💯💯💯🔥 last night. Thank you both for making it to poland and making it special. #themugician #iplayadams

From the perspective of a true jazz musician, being billed on a song beside an icon like Al Jarreau is particularly exciting. “It is posthumous validation and it is modern day homage,” he says proudly. “I do not take it lightly. Shout out to Nas for having me on this one.”

Harrold is currently on a Summer tour, which wraps on August 9 at The Detroit Institute Of The Arts.