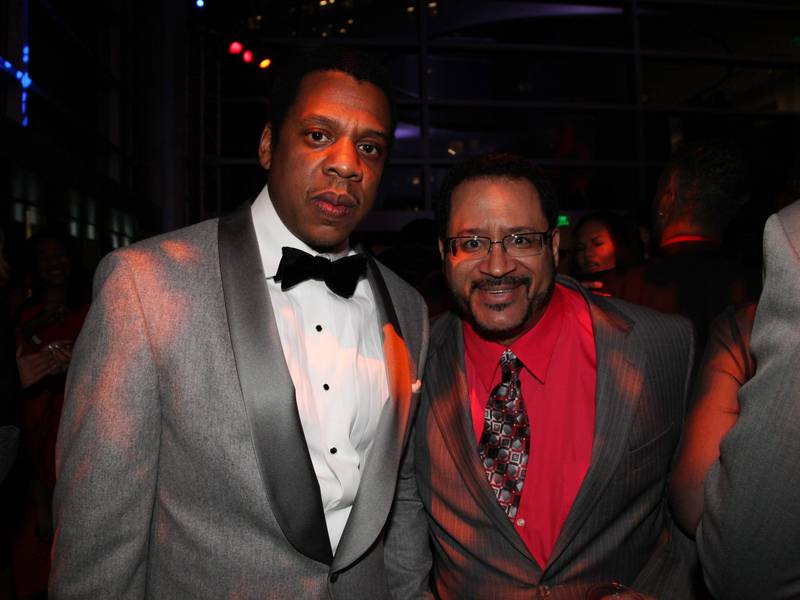 Georgetown professor and New York Times best-selling author Michael Eric Dyson is examining JAY-Z’s status as a cultural icon. The NAACP Image Award winner will do so in a new book titled JAY-Z: Made In America, which features a forward written by Pharrell Williams.

“I thought this was the perfect time to take a look at JAY-Z’s career and his role in making this nation what it is today,” Dyson told Entertainment Weekly. “In many ways, this is JAY-Z’s America as much as it’s Obama’s America, or Trump’s America, or Martin Luther King’s America, or Nancy Pelosi’s America, or Maxine Waters’ America.”

He continued, “JAY-Z has given this country a language to think with and words to live by, and his lyrics have shaped the self-understanding of a culture that grapples with race and injustice and inequality everyday. He’s an important thinker and artist, and my book tries to measure his impact and acknowledge his greatness.”

Dyson’s book is scheduled to released on November 26, just a few days before Hov turns 50. For Dyson, the upcoming literary work is the culmination of years of analyzing and teaching about the Roc Nation boss.

“This book is the fruit of a decade of teaching about one of the greatest poets this nation has produced,” he said. “JAY-Z is not only a remarkable recording artist and ingenious businessman, but he is one of our most gifted wordsmiths whose language drips with all the poetic tricks and skills you’ll find in Walt Whitman, Robert Frost and Rita Dove. But as a rapper, he’s sometimes not given the credit he deserves for just how great an artist he’s been for so long.”

He added, “This book wrestles with the biggest theme of his career, hustling, and what it looks like when it shows up illegally in the underground and how it looks when it’s part of legitimate society.”

Pre-orders for JAY-Z: Made In America are available now.